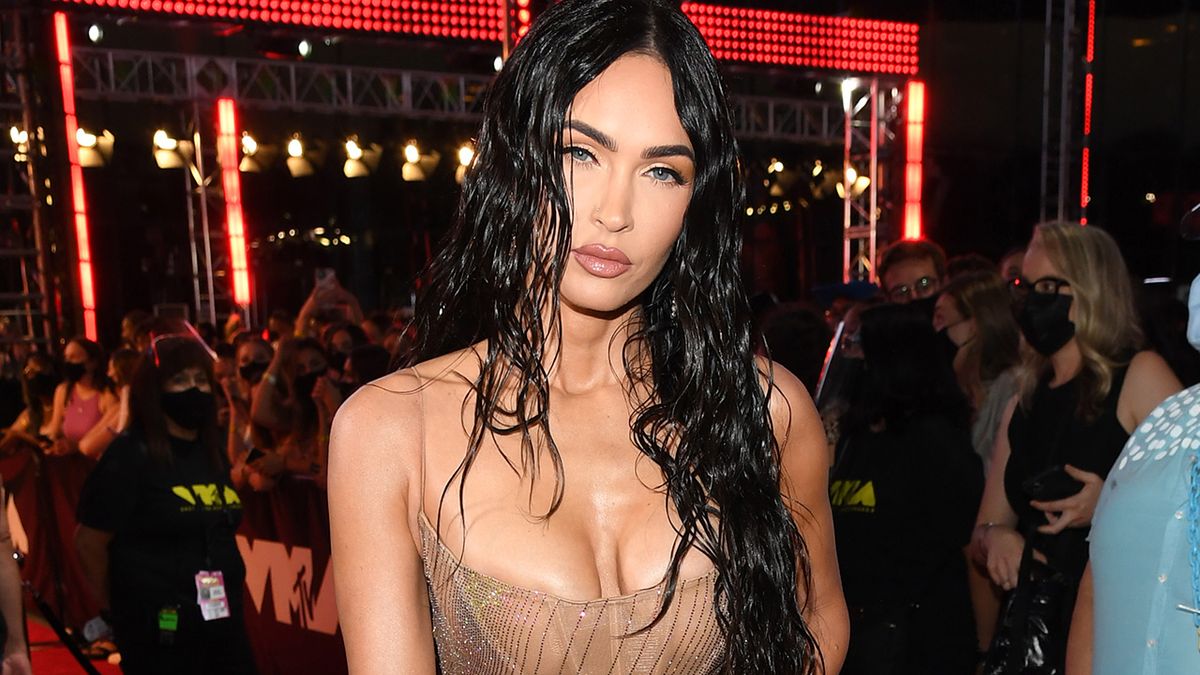 Rumors Megan Fox and Machine Gun Kelly are in deep water might have some legitimacy, but only if you take deep water in the very literal sense: aka the ocean. The actress shared new photos from a tropical vacation this weekend, “butt” I’m most interested in the stunning resort shots she shared to her social of the tropical waters and amazing views.

The mom of four showed off her vantage point from a pool facing a deep blue expanse of ocean. Fox is rocking a green swimsuit in the photo, and it’s striking how clear everything is: the sky, the water in the pool. She also has what looks to be some sort of tiki drink beside her – hey, it’s 5 O’Clock somewhere.

As noted prior, the actress wasn’t on a trip all by her lonesome. The Jennifer’s Body star also made sure to include MGK in a few of the other photos, perhaps just so people can see the two are still hanging out. This may have something to do with rumors swirling recently there might be trouble in paradise, with Fox’s fans feeding those rumors thanks specifically to social media activity or, in the couple’s case, a lack thereof in previous weeks.

In a second look from the trip, Fox is rocking Barbicore pink and a sun hat, while her beau holds out his arm to take a waterfall selfie. If a couple has plans to prove they aren’t broken up, I say might as well give us something fun to look at.

It’s been a big week for the couple. They actually clapped back at the naysayers by teaming up for Beyoncé’s big roller disco birthday bash with the actress wearing shiny hot pants and the singer rocking a two-toned outfit. This outing and the one shared over the weekend has come after Machine Gun Kelly wrapped on a slew of tour dates and Fox was allegedly spending more time with her kids.

The couple has been engaged since January of this year and MGK popped the question under a banyan tree when they were also on a trip together. Allegedly, plans for a wedding include an “extravagant,” “stark” look, which seems on brand for the two.

For now, both are still keeping busy. Machine Gun Kelly has tour dates planned throughout Europe into October, at venues ranging from the Czech Republic to Amsterdam, with London and other European cities in between. Megan Fox is going to have promotion for her badass role in The Expendables 4 coming up.

So who knows when their wedding bells are going to peal? Or more likely bleed, given who we’re talking about here.

Eijaz Khan and PavitraPunia, one of the most loved couples…

Bangladesh vs Pakistan, Tri-Series 1st T20I: When And Where…