Mel Gibson Turned Down James Bond Years Ago, And Sean Connery Is Part Of The Reason 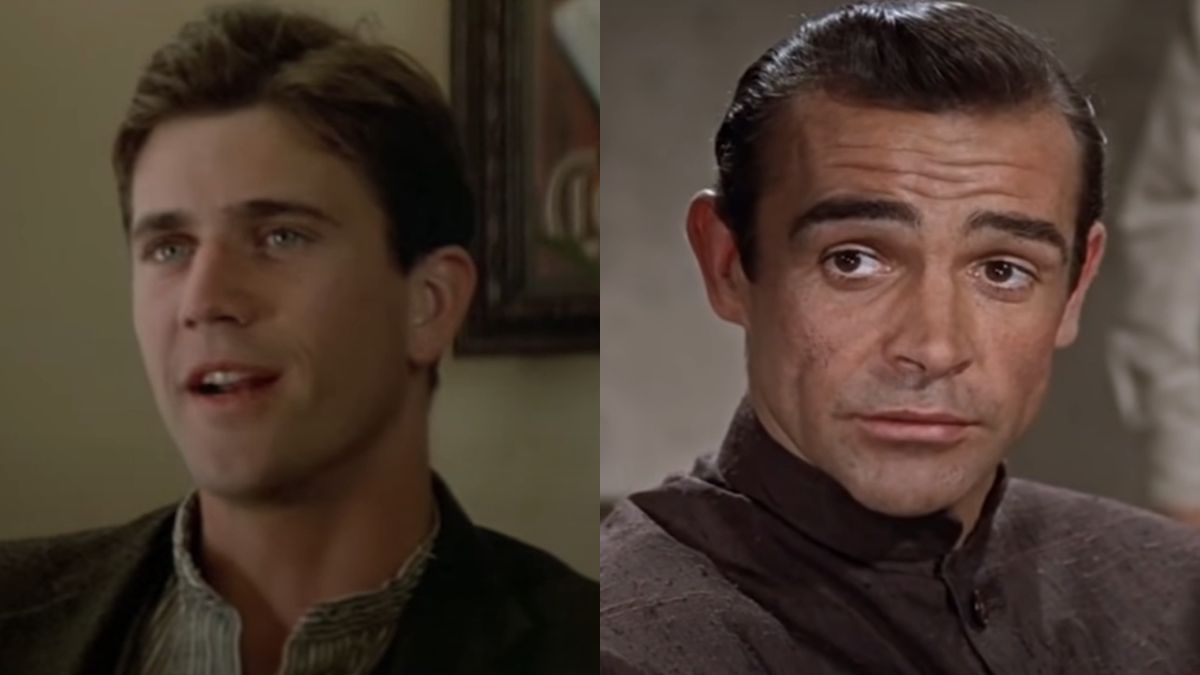 As we’re currently seeing in the world of James Bond movies, the road to casting the next 007 isn’t always smooth. Plenty of candidates tend to come into and fly out of frame, leaving tons of possible “what if” scenarios to discuss over time, long after a winner has been selected. Thanks to some recent remarks, another long-past piece of Bond history has come back into frame. This time it’s all about Mel Gibson, and how Sean Connery was part of the reason he passed on playing Ian Fleming’s literary super spy.

While promoting his latest film Bandit, Mel Gibson spoke with JoBlo about how he had the opportunity to step into 007’s legendary tuxedo. The world already knew that Gibson was previously considered for the role of James Bond, so that’s not really the shock here. Rather, as you’re about to read, the surprise was the reason that the Mad Max actor turned the part down:

Strangely enough, this recent explanation varies from what Mel Gibson has said in the past. As one of the actors who almost played James Bond, previous interviews have seen Gibson state that he just wasn’t that interested in fighting for queen and country on the big screen. However, that tune has changed a bit it seems, with the eventual co-lead of the Lethal Weapon franchise looking at Sean Connery’s post-Bond career as a cautionary tale of sorts.

Making that point absurdly clear, the director of such films as Hacksaw Ridge further fleshed out his point of view. Adding some more historical context of where Sean Connery’s career was in the mid to late ‘80s, the Braveheart alum’s choice seemed to include these factors as well:

At the time this offer seems to have been made, it looks like Peter Weir and Mel Gibson were hard at work making the 1981 film Gallipoli. With that time frame in mind, that means we could have seen him starting his hypothetical tenure, more than likely, with 1983’s Octopussy. This was the same movie that saw James Brolin cast as 007, as Roger Moore wasn’t under your typical long-haul Bond contract, and the hunt was supposedly on.

Thinking back to that very story, it’s probably a good thing that the Oscar winner didn’t have his heart set on becoming James Bond. Just when the Roger Moore era of 007 looked like it was coming to an end, the actor returned for two more installments, leaving Brolin in the cold as he was about to move to London.

While it may have looked like passing up a golden opportunity in its time, Mel Gibson’s rejection of the Bond mantle saved him some heartbreak. Then free for the iconic roles he’d eventually make his own, it wouldn’t be long before he’d make his mark on the history of action spectacles. Eventually, both Lethal Weapon and Mad Max would become his signature franchises. All of which may not have happened, had he chosen to take on the role of 007.

History shook out the way that it did, and it’s part of why we can tell you that if you’re a Mel Gibson fan, you can catch his latest movie Bandit in theaters and on VOD. Should all of this James Bond talk inspire a need to go back to the classic adventures, or even Daniel Craig’s swan song No Time To Die, a good number of those movies are currently streaming. The only catch is, you’ll need a Prime Video subscription to really take advantage of such offerings.

Bigg Boss Marathi 4: Rakhi Sawant is a challenger on the…