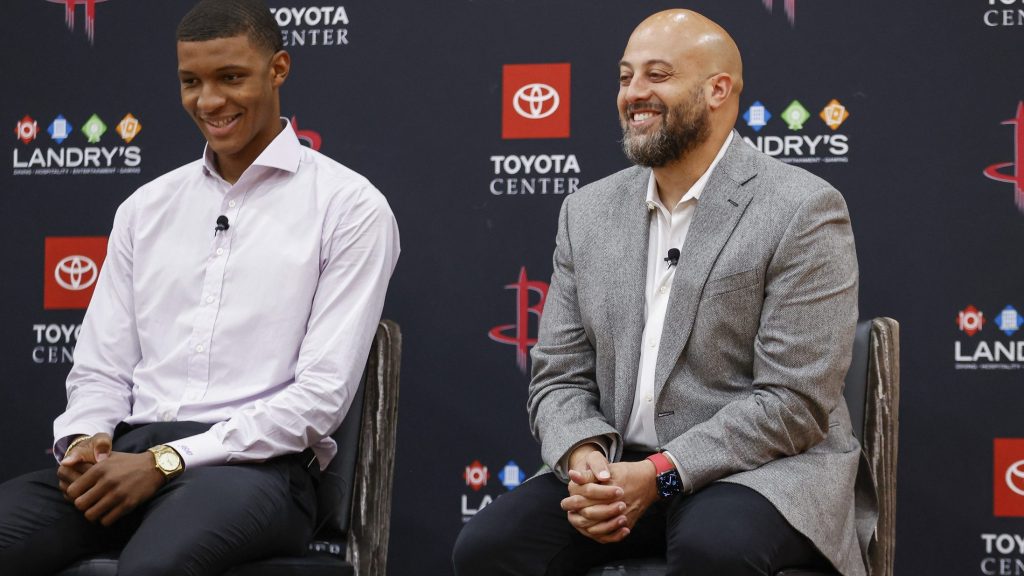 In the show, Scotto explains why he concurs with the rave reviews of Rockets general manager Rafael Stone for his work bringing Smith, LSU’s Tari Eason, and Kentucky’s TyTy Washington to Houston. “A really good draft, no questions about it,” Scotto concludes.

Scotto’s level of surprise in seeing Orlando draft Duke’s Paolo Banchero, rather than Smith, at No. 1 overall
How Smith and other 2022 rookies may fit with the Rockets
Whether Kyrie Irving is likely to leave the Nets in free agency, and the potential impact on Brooklyn’s draft assets due to Houston
If the James Harden trade from January 2021 is aging better than expected for Stone and the Rockets, given Brooklyn’s uncertainty
Possible centers that Houston could pair with Alperen Sengun in 2022 free agency, which begins June 30
Updates on the potential offseason trade markets for John Wall and Eric Gordon, as well as the contract buyout option for Wall
An assessment of the value received by the Rockets in the Christian Wood trade, which ultimately resulted in Washington and two future second-round picks

Friday’s complete episode can be listened to below. Each episode of the show is also made available via flagship radio station SportsTalk 790, as well as to all major podcast distributors under “The Lager Line.”

Denial of responsibility! Pedfire is an automatic aggregator of the all world’s media. In each content, the hyperlink to the primary source is specified. All trademarks belong to their rightful owners, all materials to their authors. If you are the owner of the content and do not want us to publish your materials, please contact us by email – [email protected]. The content will be deleted within 24 hours.
2022 nba draftanalysishoopshypehouston rocketsjabari smithNBAnba draftNews
0
Share