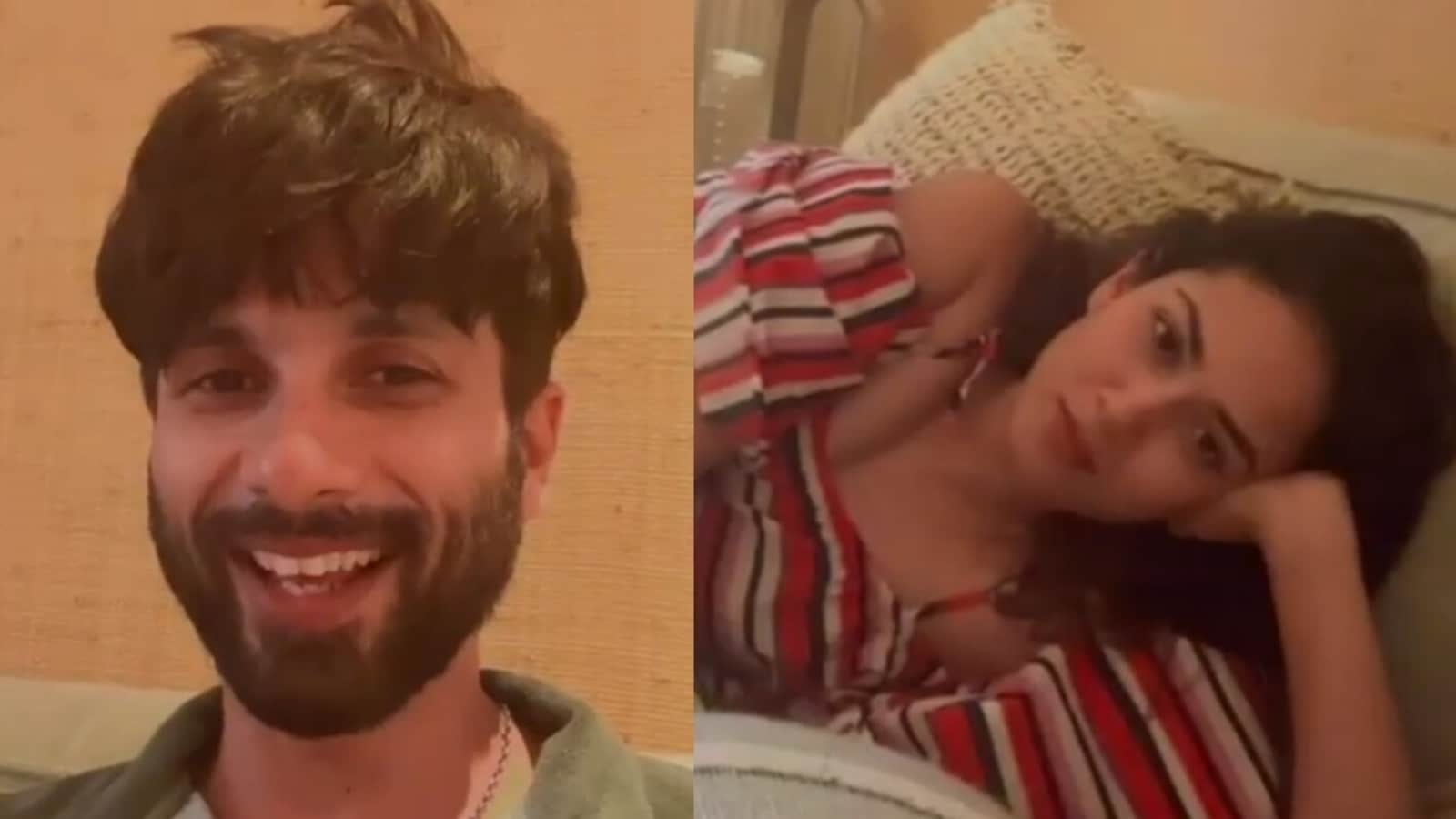 Shahid Kapoor posted a video featuring his funny banter with wife Mira Rajput. Mira refused to answer him after the actor questioned her why she isn’t a fan of his ‘hairy legs.’ Mira looked annoyed while she was smiling at the same time. Also read: Shahid Kapoor shares pic of Mira Rajput, kids Misha and Zain playing on the beach

In the video, Shahid appeared with a rugged look. He asked Mira, “What’s your favourite thing about me, Mira?” She replied, “Me.” After he gave her a look, she changed her answer and said, “When you are finally wearing jeans.” Shahid teased her and questioned back, “Why you don’t like my legs?”

Mira who couldn’t stop laughing refused to answer. “Stop this now Shahid,” she told him. Sharing the video, Shahid tagged Mira and wrote in the caption, “It’s all about my laagzzz! Isn’t it @mira.kapoor.”

While Mira Rajput is yet to reply to Shahid Kapoor’s post, the video has grabbed the attention of their fans and friend. Actor Raashii Khanna commented, “Hahahahahha so cute!” “Always being the cutest one,” added a fan.

Shahid and Mira tied the knot in 2015. They are also parents to daughter Misha, who was born in 2016. The couple welcomed their son Zain in 2018. The couple keeps teasing each other with funny posts on social media.

Shahid was last seen in filmmaker Gowtam Tinnanuri’s Jersey, opposite Mrunal Thakur. He currently has several projects lined up in the pipeline. He has Ali Abbas Zafar’s upcoming action film Bloody Daddy. He will be also soon making his OTT debut with Raj and DK’s upcoming web series Farzi along with Vijay Sethupathi.

Mira, on the other hand, is a social media influencer. She is now helping to raise funds for Alia Bhatt’s welfare initiative ‘Mi Wardrobe is Su Wardrobe (my wardrobe is your wardrobe).’ She is ‘lending’ her wardrobe to fans for charity.