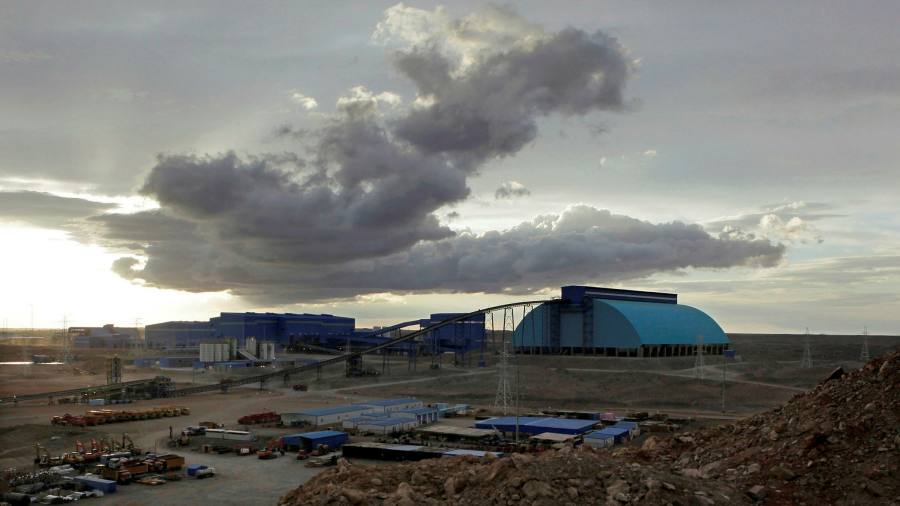 Rio Tinto is facing further pressure in Mongolia, where the government is seeking an independent review into delays and huge cost blowouts in the underground expansion of one of the mining group’s most important projects.

Ulaanbaatar wants the joint venture that owns Oyu Tolgoi, a vast copper deposit in the Gobi Desert, to form a special committee of board directors with a mandate to select and appoint a company to carry out the task.

The review into why the expansion is running late and billions of dollars over budget will focus on project management and mine design, according to people with knowledge of the situation. The proposal is due to be discussed at a board meeting of Oyu Tolgoi LLC.

The call for a review will add to tensions between Rio and the government, which is seeking to improve the agreements underpinning the mine development. It also has the potential to attract the attention of regulators in the US and UK.

The underground expansion of Oyu Tolgoi will increase Rio’s copper output at a time when the shift to renewable energy drives demand for the metal for use in electric vehicles and wind turbines.

The mine is a crucial part of Mongolia’s economy. Not only is it the country’s biggest source of foreign direct investment, it also provides thousands of well-paid jobs

On some estimates the underground mine could contribute 30 per cent of the country’s gross domestic product by the time it reaches peak production.

However, the expansion project, which is closely associated with Rio’s outgoing chief executive Jean-Sébastien Jacques, has been beset by problems.

Rio originally promised the underground mine would reach first sustainable production in the first quarter of 2021 at a cost of $5.3bn. That has been shifted at least to October 2022, while the budget has ballooned to $6.6bn to $7.1bn.

Although Rio operates Oyu Tolgoi, it does not have a direct shareholding. Oyu Tolgoi LLC is 66 per cent owned by Toronto-listed Turquoise Hill Resources (TRQ), in which Rio has a 50.8 per cent controlling stake, and 34 per cent by the Mongolian government.

Ulaanbaatar is funding its share of the underground development costs through loans from Rio.

TRQ said it had already commissioned an independent report into the delays and budget overruns, which it is reviewing with its advisers.

Rio has blamed the delays on difficult ground conditions at the mine but minority shareholders in TRQ claim it was caused by the botched construction of an access shaft.

For an independent review to go ahead it will need to be approved by the nine-strong board of Oyu Tolgoi LLC. Rio, TRQ and the government all have three board directors.

The government’s push for an independent review comes amid a dispute between Rio and TRQ on how best to solve a $3bn funding gap at the company.

This month TRQ launched arbitration proceedings against its parent in British Columbia to seek “clarity” on financing.

New US jobless claims at 778,000, second week of increase