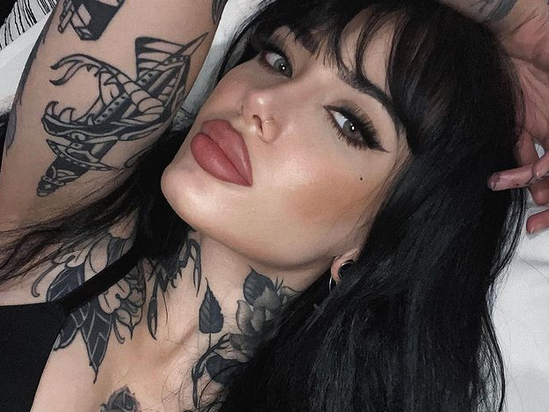 Just days after an Instagram model accused him of cheating on his wife, two more models have claimed Adam Levine sent them flirtatious messages over social media.

After Sumner Stroh went viral following her allegations that she had an affair with Levine, Alyson Rosef took to TikTok to share her own alleged communications with the Maroon 5 frontman.

In posts that have since been deleted, Rosef said, “I shouldn’t be talking to you you know right?”

In another exchange, Rosef said she was “weird” and only likes to “listen to metal,” to which Levine replied, “Said no hot chicks ever other than you.”

“A lot of my friends knew, and they were shocked,” Rosef said, according to Page Six. “I guess if any other girls have experienced this with him … I just think they should post it ’cause I feel really bad for his wife, and nobody deserves this.”

Another woman named Maryka posted screenshots of her alleged conversations with Levine to her Instagram Story, including one where he encouraged her to distract herself “by f—ing with me.” She captioned the image #exposeadamlevine.

In another message, Maryka says “Dude aren’t you like married lol,” with Levine replying, “It’s a bit complicated.”

After Stroh’s claims the She Will Be Loved singer cheated with her, Levine took to Instagram to deny her allegations.

“I used poor judgment in speaking with anyone other than my wife in ANY kind of flirtatious manner. I did not have an affair, nevertheless, I crossed the line during a regrettable period of my life,” he said.

“In certain instances it became inappropriate. I have addressed that and taken proactive steps to remedy this with my family,” he continued. “My wife and my family is all I care about in this world. To be this naive and stupid enough to risk the only thing that truly matters to me was the greatest mistake I could ever make. I will never make it again. I take full responsibility. We will get through it and we will get through it together.”

Levine, 43, has been married to former Victoria’s Secret Angel Behati Prinsloo since 2014. Already parents to daughters Dusty Rose, 5 and Gio Grace, 4, the couple announced they are expecting their third baby together earlier this month.

In her TikTok video, Stroh revealed an Instagram DM allegedly written by Levine in which he wrote, “OK, serious question. I’m having another baby and if it’s (a) boy, I really wanna name it Sumner. You OK with that? DEAD serious.”

“I was like, ‘I have to be in hell at this point,’” Stroh said of the This Love singer’s request. “I mean my morals were unknowingly compromised. I was completely manipulated.”

Stroh said she went public with her alleged affair after sharing screenshots with “a few friends,” one of whom tried to sell the messages to a tabloid.

In a follow-up TikTok video, Stroh said she made her first post to share her remorse over the affair “and how embarrassed and disgusted I am with myself.”

“I only came forward because I wanted to kill whatever story the tabloid had,” the recent college grad said. “The most important part that I did definitely gloss over is the fact that I was under the impression that their marriage was over. I believed that they were keeping it quiet to avoid the negative press … I assumed that with celebrities of that caliber that’s just how it was (handled).

“That’s why I feel exploited because he knew I would believe everything he said.”

In the comments section of her videos, many TikTok users accused Stroh of trying to chase fame with her allegations.

“Why not just tell his wife instead of the public?” one person questioned, while another wrote, “You got your fame. You’re on the front pages.”

Several others dismissed her claims that she thought Levine and Prinsloo had broken up.

“You didn’t see the Instagram posts WITH HIS WIFE all throughout the year,” one person asked, with a second person jabbing, “I love the ‘I thought the marriage was over’ excuse.”

“I don’t understand why we continue to blame women for men’s mistakes, especially when you’re talking about 20-something-year-old women dealing with men in positions of power who are twice their age,” Ratajkowski, 31, said in a TikTok video.

“The power dynamic is so skewed, it’s ridiculous. It’s predatory. It’s manipulative,” Ratajkowski continued. “If you’re the one in a relationship, you are the one who’s obligated to be loyal.”