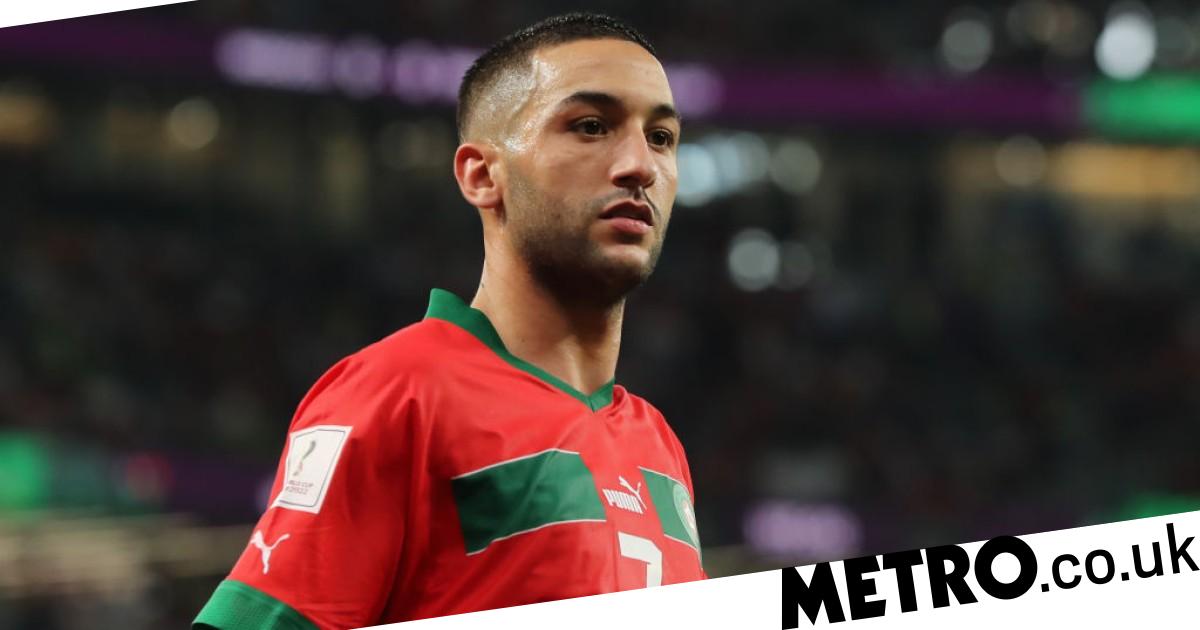 Joe Cole believes that Hakim Ziyech ‘doesn’t suit’ the Premier League after the Chelsea outcast’s impressive performances at the 2022 World Cup for Morocco.

Ziyech has been in terrific form for his country in Qatar, recording one goal and one assist as Morocco shocked everyone to top their group ahead of Croatia, Belgium and Canada.

The attacking midfielder once again led the line on Tuesday as Morocco produced the latest World Cup upset by beating Spain on penalties, with Ziyech cooly slotting in his spot-kick.

Sadly for the 29-year-old, he has not been able to replicate his performances at club-level since his €40million (£34m) move from Ajax to Chelsea in 2020.

While he scored and created for fun in Amsterdam, at Stamford Bridge he has recorded just 24 goal contributions in 92 games.

Neither Graham Potter, Thomas Tuchel or Frank Lampard seemed to know how to get the best out of the player and with the former handing him just one start so far this season, it seems more likely than ever that he will leave west London in the near-future.

Former Chelsea star Cole feels it is a shame how things have worked out for the player, especially after the World Cup has proven just how talented he can be.

The ex-England international told ITV: ‘He just looks like a happier player for Morocco. He’s had a very difficult time at Chelsea and he hasn’t had a rhythm to his game.

‘The Premier League doesn’t suit him. It’s aggressive, up and down. Playing for Ajax he could hug the touchline and the team would very much play through the lines, give him the ball and he’s got a lovely left-foot, comes inside and delivers the ball.

‘But when we’ve watched him here, he’s playing with an intensity and a smile on his face. Ziyech is a talented boy but it’s just not worked for him at Chelsea.’

Ziyech will no doubt be the subject of much transfer interest come January, with AC Milan and Ajax said to be interested.

In the meantime, he’ll be preparing for Morocco’s quarter-final clash on Saturday where they’ll face either Portugal or Switzerland who play on Tuesday night.


MORE : Morocco stun lacklustre Spain on penalties to bag World Cup quarter-final spot for the first time in their history