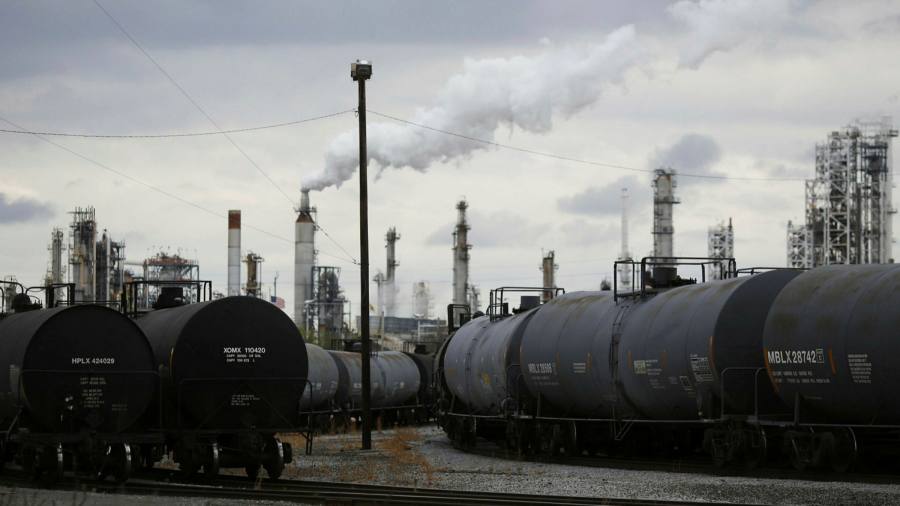 Fewer than a fifth of big investors are confident that oil companies will successfully transition to become greener businesses, despite intense pressure from shareholders to cut carbon emissions and pledges from fossil fuel companies to overhaul their operations.

Many oil companies, including Royal Dutch Shell and BP, have outlined climate transition strategies and ambitions to become net zero businesses over the past 18 months.

However, a survey of 64 institutional investors, with almost $11tn in assets, found that only 17 per cent believe oil groups will transform their businesses to focus on green energy.

“Big Oil’s greening efforts have moved into overdrive but investor consensus remains unconvinced about their ability to reinvent themselves,” said Alastair Walmsley, chief executive of Procensus, the data provider for institutional investors that carried out the research.

Large fund managers, pension funds and activist groups have piled pressure on oil and gas companies over their response to climate change in recent years, with initiatives such as the Climate Action 100+ investor group calling for fossil fuel companies to overhaul how they operate.

But the survey raises questions about why investors are spending so much time, effort and money engaging on the issue if few believe oil companies will change their businesses.

There are two main schools of thought among big climate-conscious investors: those who believe it is better to rid their portfolios of fossil fuels, and those who choose to stay invested but use their power as shareholders to convince companies to change their stripes.

“Invariably, some companies will make the transition while others will not,” she said. “Investors need the right information and data from companies about their net zero commitments and how these will be achieved so they can make informed decisions about whether to hold these companies in their portfolios over the longer period.”

Almost half of investors polled by Procensus said big fossil fuel groups were investable because they would benefit from another oil price cycle — with share prices going up on the back of a rise in the oil price — before net zero becomes an issue.

A separate recent study from Procensus, of investors with $4tn in assets, found a majority (62 per cent) wanted oil companies to focus on upstream projects rather than renewables.

This stance is at loggerheads with the public statements by many big investors, who argue companies should prioritise cutting their carbon emissions.

Tracey Davies, executive director of Just Share, the investor advocacy organisation, said the poll “makes for depressing reading for those of us trying to get investors to be more ambitious in their engagements with fossil fuel companies”.

She added that if big investors “don’t believe that oil and gas companies can go green, why aren’t they calling for a managed decline and cash to be returned to shareholders, or voting against directors, or simply divesting, instead of repeatedly claiming that engagement with the sector is delivering results?”

Video: What does ESG-friendly really mean?

Some investors are ramping up their engagement tactics, such as hedge fund Engine No. 1, which has turned up the heat on ExxonMobil by nominating its own slate of directors at the oil major.

If investors do not think fossil fuel companies will change, they should divest their holdings, invest in climate solutions and engage with companies in every other sector to push them to decarbonise, said Ellen Dorsey, of the Wallace Global Fund, a foundation that works on environmental and social issues.

“This is the only course of action for investors that is ethical, financially sound, and preserves core fiduciary duty,” she added. “If they don’t act and still own fossil fuels, then they own climate change. Full stop.”

More than half (55 per cent) of those polled for the Procensus survey were based in Europe, with 34 per cent in North America and 6 per cent in Asia.

Truck rentals in April plummet up to 30% due to Covid-19 restrictions, low demand