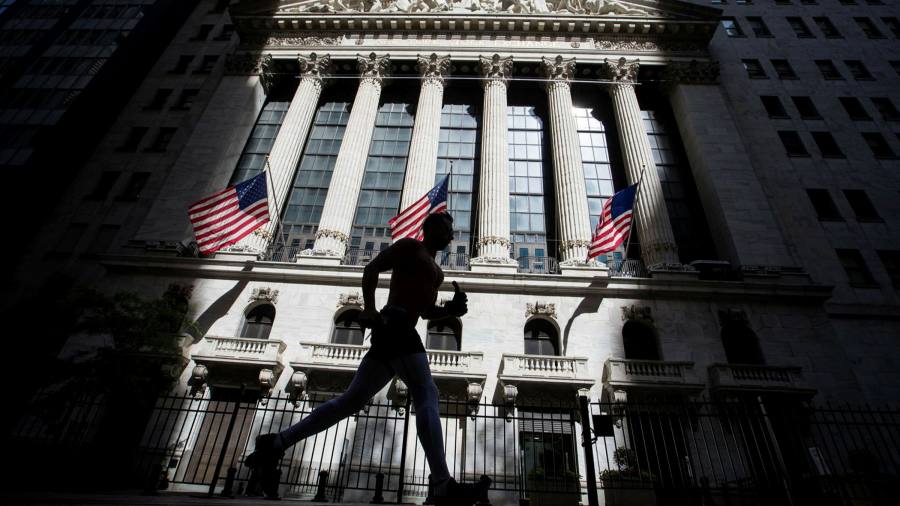 Moves by two US asset managers to convert some of their mutual funds into exchange traded funds could trigger a wave of copycat manoeuvres by rival houses, industry figures believe.

Texas-based Dimensional Fund Advisors said this week it intends to convert six of its mutual funds, with total assets of $20bn, into actively managed ETFs during 2021. It has also launched its first ever standalone ETFs, two of which listed last week.

DFA is following in the footsteps of Guinness Atkinson, a small Californian boutique, which hopes to convert two mutual funds with assets of $21m into ETFs by the end of the year in an industry first.

Few believe the two providers will be the last to transition towards the faster-growing fund structure.

“I think in hindsight we could very well look back at this moment and say this is a significant trend,” said Ben Johnson, director of global ETF research at Morningstar.

If you are worried about cannibalisation, you can eat your young or someone else will. It’s your choice. ETFs are bleeding assets out of the mutual fund industry

“I think we will see other asset managers taking notes, observing this closely and looking to re-platform current strategies, which they already have as a mutual fund, as an ETF.”

Sean Tuffy, head of market and regulatory intelligence at Citigroup Securities Services, said it was a “significant step in the evolution of the ETF industry”, and “an efficient way to launch a scale ETF business”.

Robert Tull, president of asset management-to-consultancy Procure Holdings and an ETF industry veteran, said he was “surprised” other houses had not already taken the step.

“It’s very unusual for people to do what DFA is doing, but I think it’s the right thing to do. I think more people could do it if they can show it works,” he said. “The ETF is giving the investor a better product for less money.”

Although the US mutual fund industry is still far larger than its ETF counterpart, with assets of $21.3tn at the end of 2019, versus $4.4tn for ETFs, according to the Investment Company Institute, investors are increasingly voting with their wallets in favour of the latter.

Just 32 per cent of US mutual fund complexes saw net inflows of fresh money last year, according to the ICI. This figure has sat below the 50 per cent break-even mark every year since 2014.

In contrast, 74 per cent of ETF sponsors saw positive share issuance last year, a continuation of the rapid growth witnessed for the past decade as assets have quadrupled.

US mutual funds are being hurt by regulations that trigger a capital gains tax liability for all shareholders whenever the manager is forced to sell holdings in order to meet redemption requests. ETFs, by dint of their structure, are generally immune from such liabilities.

As investors increasingly switch to ETFs, which tend to be cheaper, an acceleration in redemptions can potentially trigger rising tax liabilities for those mutual fund investors that remain — assuming they are not investing via tax-exempt accounts. This is creating a damaging feedback loop.

Simultaneously, the advent of semi-transparent ETFs in the US, which do not need to reveal their portfolios on a daily basis, has made the format more attractive for active fund managers, rather than just passive ones.

Mr Johnson characterised DFA’s move as “a defensive play”, given that the six funds to be converted had $2.4bn pulled from them in the first 10 months of the year. He also said there was a preference for ETFs among DFA’s core clientele of registered investment advisers.

“These six funds have been plagued by outflows and there is a very little mutual fund managers can do to address the tax issues when there are outflows. They have to distribute taxable capital gains,” Mr Johnson said.

Gerard O’Reilly, co-chief executive and chief investment officer of DFA, said the six funds to be converted already had similar tax efficiency to ETF products, but that the move would “provide an additional tool to manage capital gains”.

He accepted that DFA had seen investor outflows, but said the timing was driven more by regulatory changes that have eased the way to launch active ETFs. DFA describes itself as a systematic active manager.

DFA is also cutting fees on the funds by an average of 27 per cent, a move it said was part of a multiyear process of lowering charges across the board. Mr Tull said that did not necessarily mean lower margins, as it might save on distribution and shareholder record-keeping costs.

Even if fund conversions did lower margins, though, he believed asset managers would increasingly have to bite the bullet, even if this meant losing assets from their remaining mutual funds.

Interested in finding out more? Our ETF Hub means in-depth data, news, analysis and other essential investment information is only one click away.

Moreover, converting an existing mutual fund into an ETF rather than simply launching a sister vehicle has the advantage of maintaining a track record and immediately having the scale needed to attract large investors.

DFA will become the 12th largest ETF manager in the US, ahead of Goldman Sachs, Fidelity and DWS, according to data from TrackInsight.

Given that the discrepancy in tax treatment is a purely US issue, Mr Johnson did not believe that fund conversion was “going to catch on anywhere outside US borders”.

However Mr Tuffy disagreed, arguing that the growing popularity of ETFs was a broader phenomenon.

“Once a few managers have successfully undergone the process, I think it’s something European fund managers will consider,” he said. “European managers may try to replicate it.”