My Hero Academia Reveals How America Controls Its Top Hero 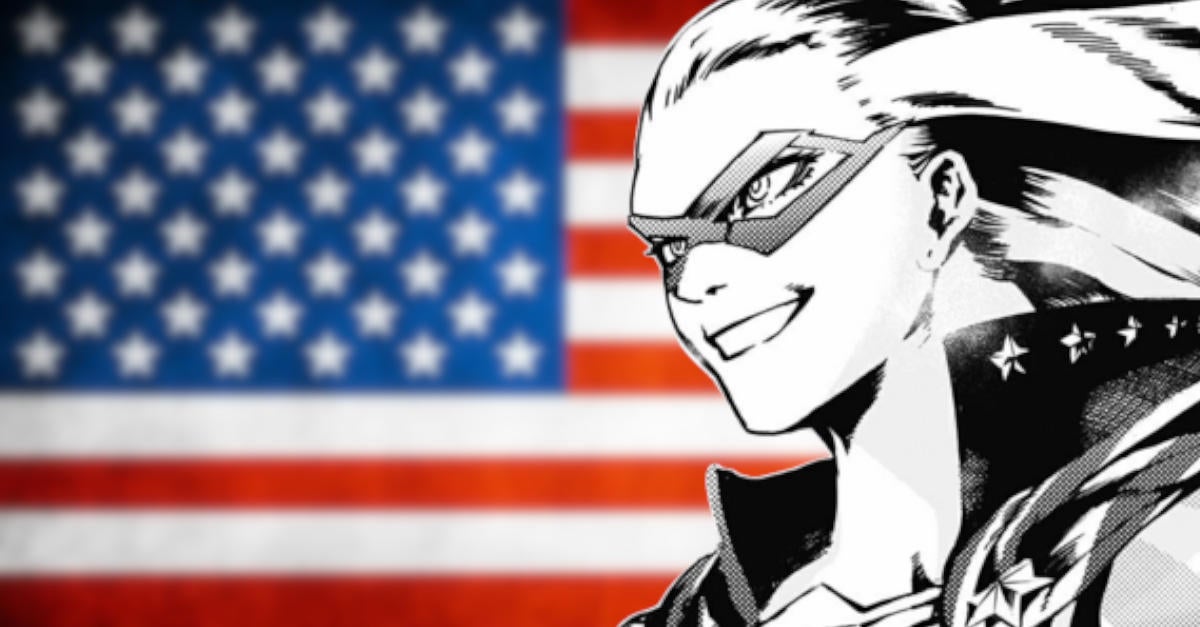 My Hero Academia’s latest arc has introduced a pivotal character into the battle between Japan’s pro heroes and One For All: the top pro hero from America, Star and Stripe. A young girl who was saved by All Might (seen in the opening of the My Hero Academia: Two Heroes), Star and Stripe has used her Omega-level quirk power, New Order, in service to country with a dedication that would make All Might himself proud. However, in the latest chapter of the My Hero Academia manga we learn that America’s rules for its top hero are very different, and much more restrictive.

The latest chapters of My Hero Academia have seen Star and Stripe in all-out battle with the new hybrid of All For One and Tomura Shigaraki, over the skies of Japan. AFO Shigaraki was able to withstand a direct assault from Star and Stripe’s New Order quirk, due to the villains’ fused identity. Realizing there’s something about her foe that her quirk cannot directly pinpoint, Star and Stripe opts for a more indirect blitzkreig approach.

…That is, if she can get the necessary approval from those in charge.

Yes, it turns out that America keeps its pro heores on a much tighter leash than Japan does. In the case of Star and Stripe, her godly New Order quirk (which allows her to rewrite the rules of reality with a touch and a word) is kept strictly confidential – even though it’s noted the public gets the “gist” of the power from its use. There’s also indication that Star and Stripe’s movements and actions are also strictly regulated by the government, as her power redefines what quirks are, and what level of threat one can present. At the end of the chapter, it’s also made clear that there are certain levels of attack that Star and Stripe can only use with official government clearance or through exercise some kind of “special authority” she’s given in moments of extreme emergency.

While America’s more restrictive methods for handling its top pro hero may seem unfair at first, they do seem necessary when we witness the truly god-like level of attack that Star and Stripe brings against AFO Shigaraki. She clearly has the power to wipe out an entire city (country?) if her powers were used the wrong way. And the access she has to America’s top weapons (like the hypersonic Tiamat missiles) makes the potential misuses of her power even more terrible to consider.

US mandates vaccines or tests for big companies by Jan. 4