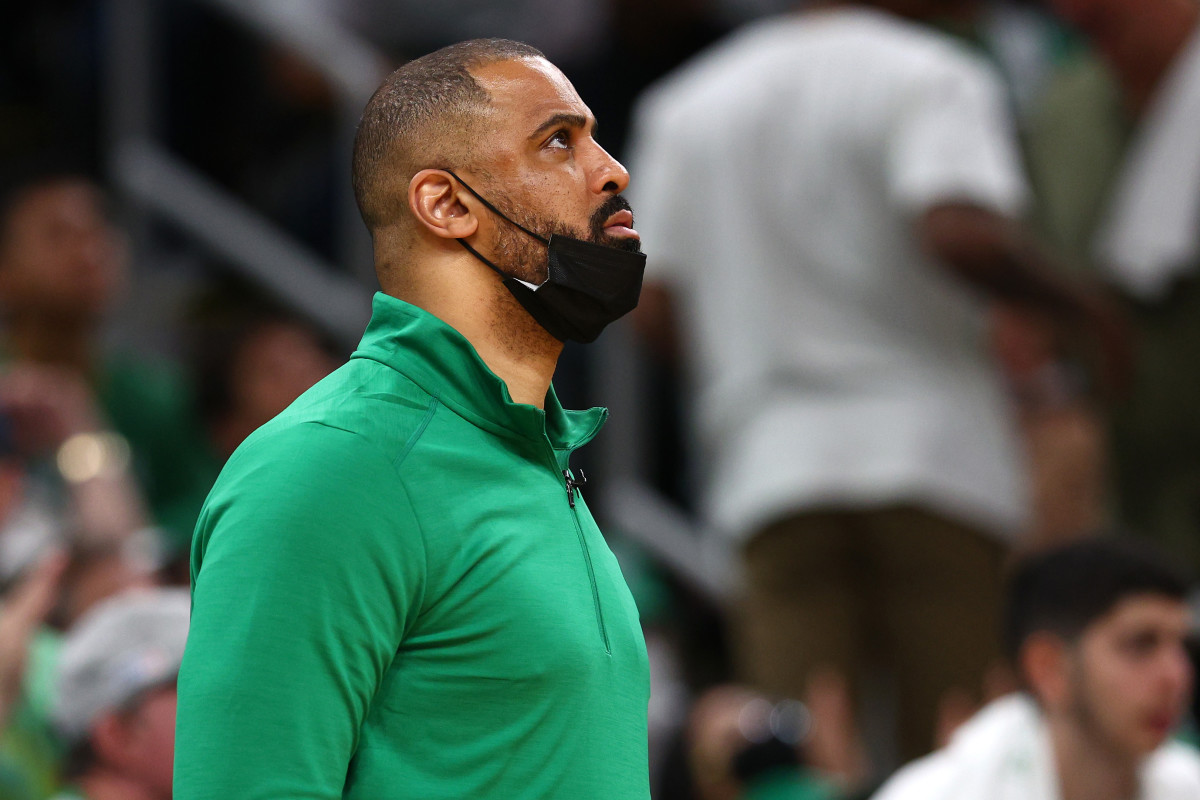 The Celtics head coach, who is coming off his first season with the team, is reportedly facing a significant suspension from the franchise for a violation of organizational guidelines. ESPN’s Adrian Wojnarowski first reported the bombshell news on Wednesday evening.

“Boston Celtics coach Ime Udoka is facing possible disciplinary action – including a significant suspension – for an unspecified violation of organizational guidelines. Discussions are ongoing within the Celtics on a final determination,” he reported on Wednesday night.

“Udoka led the Celtics to the Eastern Conference championship and a berth in the NBA Finals against the Golden State Warriors in his first season as head coach.”

Udoka is coming off his first season with the Celtics, in which he led the team to an NBA Finals appearance. The Celtics fell to the Warriors in the NBA Finals.

“Ime Udoka might be suspended but they didn’t give a reason ….. Now why is that??” another fan wrote.

“This is the most serious completely vague tweet that I’ve ever seen. I have no idea if Udoka missed a flight or killed a coworker,” another fan wrote.

It will be interesting to see if more details begin to leak out on the Udoka situation, which is currently taking over the NBA world on Wednesday night.

The league’s 2022-23 season is set to begin in about a month. At this point, it might be surprising to see Udoka on the bench when the NBA’s 2022-23 regular season begins.