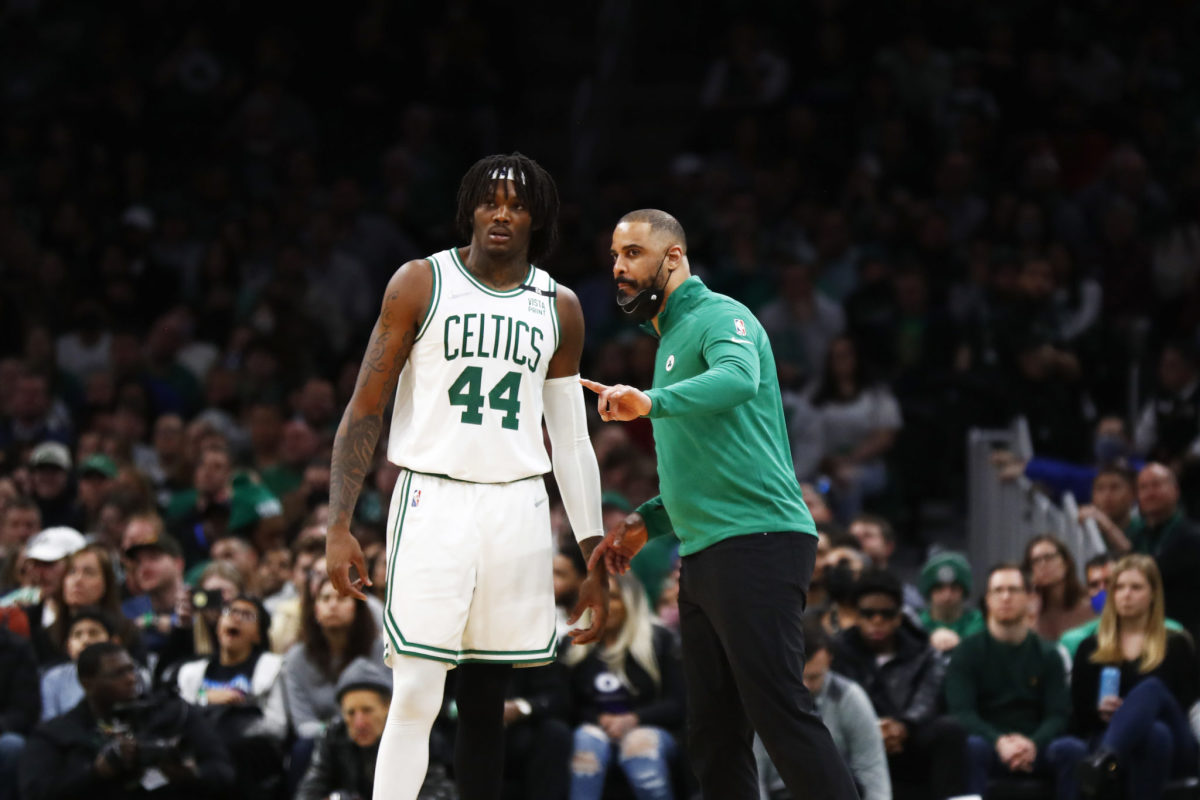 The Boston Celtics have suspended head coach Ime Udoka for the 2022-23 season because he violated the organization’s guidelines. Shortly after the team made a formal announcement, a troubling report surfaced.

Initially, it was reported that Udoka had an intimate relationship with a female member of the team’s staff. That relationship was believed to be consensual.

According to the Shams Charania of The Athletic, the Celtics launched an investigation into Udoka’s relationship with the female staff member after she accused him of making unwanted comments towards her.

“Some members of the Celtics organization first became aware of the relationship in July, sources said. At that time, team leadership was led to believe by both parties that the relationship was consensual,” Charania wrote. “But sources said that the woman was recently accused Udoka of making unwanted comments toward her – leading the team to launch a set of internal interviews.”

If this report is accurate, NBA fans think the Celtics should fire Udoka.

“It would be one thing if it were a consensual situation but it wasn’t,” another person wrote. “He needs to go.”

On Thursday night, Udoka apologized for his role in all of this.

“I want to apologize to our players, fans, the entire Celtics organization, and my family for letting them down,” Udoka said, via ESPN. “I am sorry for putting the team in this difficult situation, and I accept the team’s decision. Out of respect for everyone involved, I will have no further comment.”

Udoka had a really impressive first season with the Celtics, leading the franchise to an NBA Finals appearance. Now, he’ll spend the 2022-23 season away from the bench.

Selena Gomez Opens Up About Why ‘Words Matter’ Shortly After…