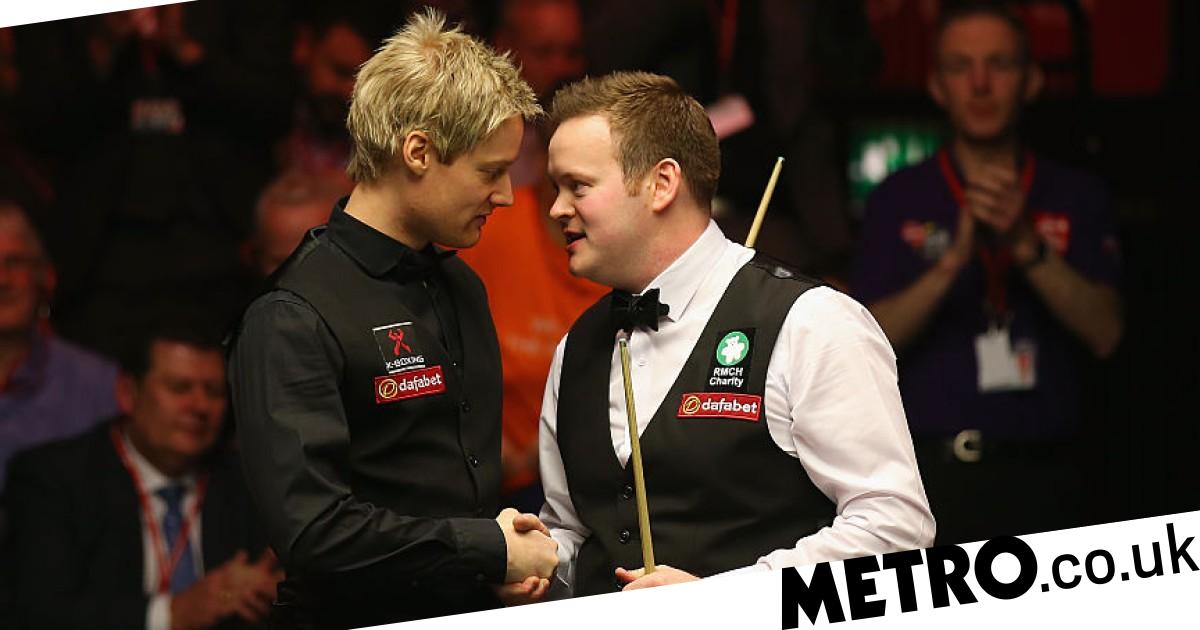 Shaun Murphy may have caused controversy with his attack on amateurs playing in professional events, but fellow former world champions Neil Robertson and Mark Williams both agree with him.

Murphy was beaten 6-5 by teenage amateur Si Jiahui in the first round of the UK Championship on Tuesday night after a thrilling contest at the Barbican in York.

After the shock defeat, the Magician hit out at amateurs being allowed to compete in professional events, saying it is neither fair nor right.

Amateur players have competed in every event this season as there are only 122 professionals this season instead of 128, thanks in part to qualification routes being hit by Covid.

‘I feel extremely hard done by that I have lost to someone who shouldn’t even be in the building,’ Murphy told BBC Radio 5 Live.

‘I don’t know why we as a sport allow amateurs to compete in professional tournaments. This is our livelihood. This is our living. We are self-employed individuals and not contracted sportsmen. We don’t play for a team.

‘The other 127 runners and riders in the tournament, it is their livelihood too. It is wrong, in my opinion, to walk into somebody who is not playing with the same pressures and concerns I am.

‘I am not picking on him as a young man, he deserved his victory. Amateurs should not be allowed in professional tournaments, the end.’

Having just suffered a painful defeat to an amateur, the comments were seen by some as sour grapes, but Robertson can see his point.

‘I totally get where Shaun’s coming from,’ Robertson also told the BBC. ‘When you’re playing one of the Chinese boys, some of them are amateurs, but some are as good as anybody in the top 50 in the world.

‘Amateurs are under a completely different pressure where there’s actually no pressure, because they’re not competing for ranking points.

‘They’re basically on a free hit at a pro, so I completely agree with what Shaun’s saying there, because it is very dangerous.’

Three-time world champion Mark Williams was asked on Twitter if Murphy was justified or a bad loser and the Welshman also rode to his defence, replying: ‘Justified, bad timing.’

Williams has spoken about this issue before, proving that the issue has not just sprung up because of the emotion of the situation.

The current British Open champion feels the tour is too big, as shown by amateur top-up players competing in every event over the season as professionals don’t fill up the 128 spots.

‘I think it would be better, if you need top-ups, go off the Q School list but they only get one event,’ he told Metro.co.uk. ‘You can’t have people coming in as top-ups at every event, knocking professionals out who are trying to earn a living.

‘In my opinion they shouldn’t be in it if they don’t get through Q School. They can have one event. It might just be me but I don’t think that’s fair.

‘You never get 128 players at an event anyway, so I’d cut the tour because it’s too big, not sure to what number. Once you get on the tour hopefully everyone would be able to earn a living, including paying the first round losers.’

World Snooker Tour have responded to the criticism, saying in a statement: ‘We respect Shaun’s opinions but in this case we strongly disagree with his comments.

‘Many elite amateur players like Si Jiahui train and compete full time in the hope of earning a guaranteed tour place, therefore they are competing under significant pressure with no guarantees.

‘Providing opportunities for the best amateur players is important for our growth as a sport and that is something that Shaun benefitted from during his early days as a player.’


MORE : High stakes at the UK Championship for lower-ranked players with careers in the balance

History Of The BetVictor Scottish Open