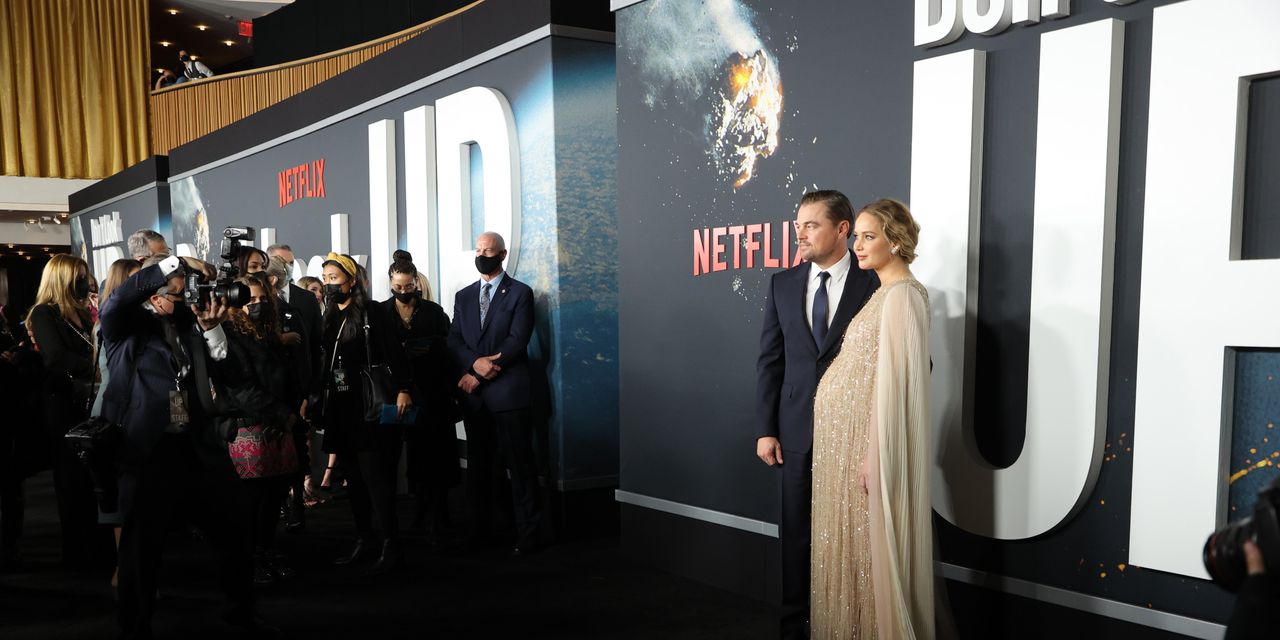 Netflix Inc. brought in more than 8 million new subscribers in the holiday quarter, but executives predicted that growth would suffer much more than expected at the beginning of 2022, sending shares screaming lower in after-hours trading.

on Thursday reported 8.3 million net new paid subscribers in the fourth quarter, trailing its own forecast for 8.5 million but roughly hitting the average analyst forecast of 8.3 million, according to FactSet, and giving the streaming-video service 221.8 million subscribers overall as of the end of 2021.

The number allayed the stark warnings of some analysts, including JPMorgan’s Doug Anmuth, who had feared a significant shortfall of new subscribers, but executives do see a precipitous slowdown ahead — they predicted just 2.5 million net new subscribers in the first quarter, less than half the 5.8 million that analysts were projecting on average, according to FactSet.

Netflix executives said that a lack of new original programming, especially early in the quarter, was a factor in their forecast.

“Our guidance reflects a more back-end weighted content slate in Q1’22 (for example, ‘Bridgerton’ S2 and our new original film ‘The Adam Project’ will both be launching in March),” they wrote in a letter to shareholders announcing the results. “In addition, while retention and engagement remain healthy, acquisition growth has not yet re-accelerated to pre-COVID levels. We think this may be due to several factors including the ongoing COVID overhang and macro-economic hardship in several parts of the world.”

Netflix’s subscriber growth has waned as the COVID-19 pandemic has marched on, and the streaming service added 18.2 million new subscribers total in 2021, fewer than it added in just the first six months of 2020, when the virus first spread across the globe and caused a wave of shelter-in-place restrictions.

As subscriber growth has slowed, Netflix has looked to increase prices in mature markets to continue to grow revenue. After hiking prices in October 2020 for the U.S. and Canada, Netflix confirmed last week it is doing so again for that region, pushing the price of its basic plan higher than the cost of AT&T Inc.’s
T,

Netflix’s recent subscription price increase signaled the top of the company’s domestic growth potential, with 74 million households in the U.S. and Canada, Berna Barshay, an analyst at Empire Financial Research, told MarketWatch. “The subscription guide was borderline catastrophic, and they ran into the law of large numbers” with a stock price at a huge valuation, she added.

Netflix said it sales grew to $7.71 billion in the holiday quarter, up from $6.6 billion in the same period a year ago. Profit was expected to decline as a wave of premieres required Netflix to recognize the costs of expensive content such as the newest season of “The Witcher,” but the company reported earnings of $607 billion, or $1.33 a share, up from $1.19 a share a year ago. Analysts polled by FactSet expected earnings of 83 cents a share on sales of $7.71 billion.

Netflix shares are down nearly 20% in after-hours trading following the announcement Thursday. The stock is down 12% over the last 12 months; the broader S&P 500 index
SPX,

has improved 17% in the past year.

Read: Here’s what’s coming to Netflix in February 2022 — along with a price hike

and others, based on figures from data intelligence platform Similarweb in December 2021. Similarweb noted that fewer consumers are canceling Netflix, based on a decline in cancellation rate.

Still, Netflix’s vice-like grip on the market has slipped the past two years as competition has escalated, according to one research firm. From the second quarter of 2020 to the fourth quarter of 2021, Apple TV+, Disney+ and HBO Max combined grew from 10.6% to 20.6% of global interest among consumers, while Netflix dropped from 55% to 45.4%, Julia Alexander, a senior analyst at Parrot Analytics, told MarketWatch.

Denial of responsibility! Pedfire is an automatic aggregator of the all world’s media. In each content, the hyperlink to the primary source is specified. All trademarks belong to their rightful owners, all materials to their authors. If you are the owner of the content and do not want us to publish your materials, please contact us by email – [email protected]. The content will be deleted within 24 hours.
article_normalC&amp;E Exclusion FilterC&amp;E Industry News FilterContent TypescorporateCorporate/Industrial NewsdisruptionsEarnings
0
Share