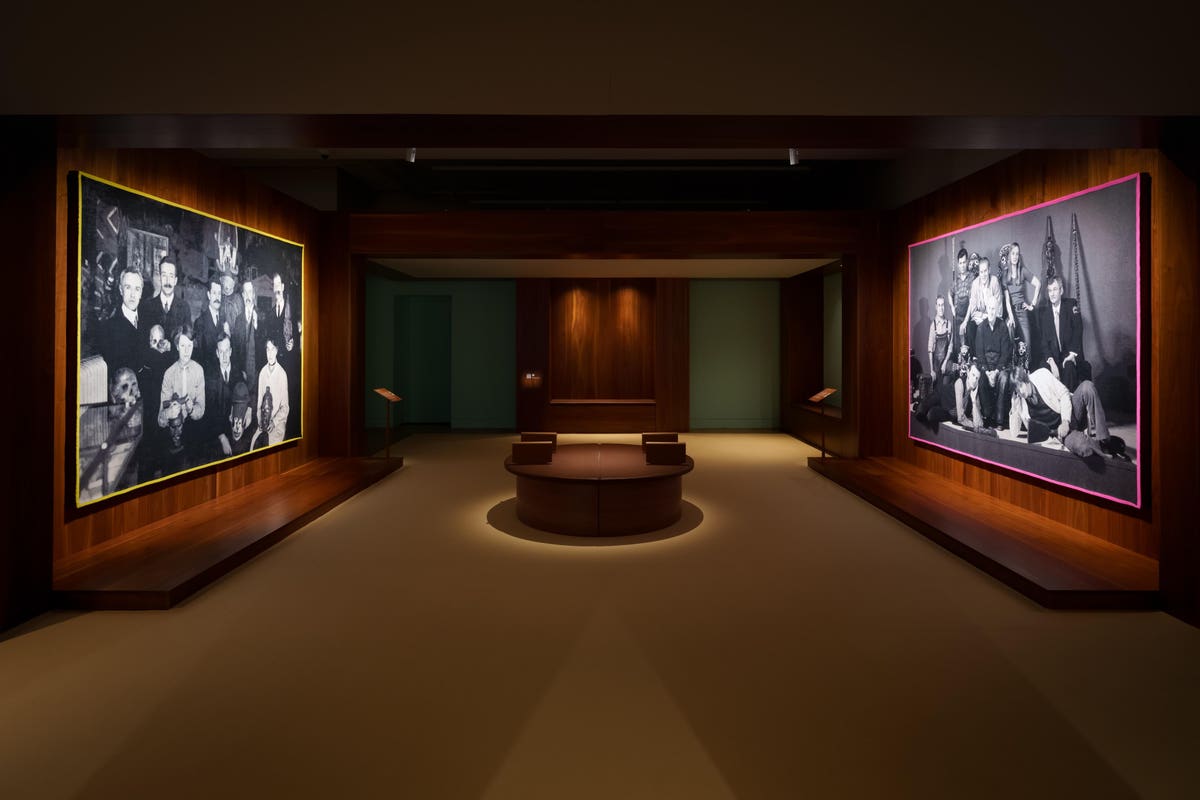 A new temporary exhibit at London’s health and medicine museum the Wellcome Collection shows work by artists Grace Ndiritu and Jim Naughten. While seemingly covering different topics, the combination of these two exhibits reflect on how museums are handling natural history and anthropological collections.

Times are changing for the Wellcome Collection. One of their permanent collections, Medicine Man, has been displaying part of Sir Henry Wellcome’s massive collection of health-themed objects and art from around the world, but this exhibit is closing on November 27.

Many items in the Medicine Man exhibit were collected at auctions in the late 19th and early 20th century and come from parts of the world that were under colonial rule. In 2021, the Wellcome Collection stated that “our museum and library collections, some of which are now jointly held with the Science Museum, still include many items that were unjustly taken from the people and communities who made them.”

In response to that reflection, they have been evaluating their collection and considering new ways to show their medical history artifacts and items. It’s an ongoing process and it ties in to one of the new exhibits, “The Healing Pavilion” by Grace Ndiritu.

Ndiritu used some of the wooden panels from the Medicine Man exhibition space to create a space inspired by a buddhist temple, with two large tapestries on opposite walls. One of the tapestries is based on a 1915 photo of staff at Henry Wellcome’s private musem carefully holding skulls and masks originating from countries in the Global South. The other tapestry depicts a 1973 photo of staff at the Ethnologisches Museum in Berlin casually sitting on a throne from the Kingdom of Bamum in Cameroon that’s displayed in their museum.

Visitors are invited to enter the pavilion (without shoes) and think about how these images show changing attitudes to anthropological collections and ask how much has changed since then.

In the other half of the space, Jim Naughten’s exhibit “Objects in Stereo” also offers visitors a unique perspective on museum collections through photos taken at a museum storage facility. At any given time, many museums only show a very small fraction of their collection on display, while the rest is in storage. The Science Museum Group, Victoria and Albert Museum and the British Museum had been using a storage facility called Blythe House (formerly the headquarters of the Post Office Savings Bank) but this facility is closing and all of their stored items will need to be moved over the next few years.

Naughten got a chance to take one last look behind the scenes at Blythe House and created stereoscopic images of several pieces from Henry Wellcome’s collection that are on long-term loan to the Science Museum and in storage at the facility.

He also took detailed high resolution overview shots of some of the storage rooms to give a sense of how the inventory is cared for. It’s an interesting way to see some of the many items that are normally hidden in storage for various reasons. For example, some older items can’t be exposed to too much air or moisture, others might be toxic, or have been treated with materials that protect their structural integrity but make them unsafe to touch.

The images from the storage facility highlight how much work goes on behind the scenes of a natural history or historical science museum. And just like Ndiritu’s exhibit, it explores how museums handle the items in their care.

To see “Objects in Stereo” and “The Healing Pavilion”, you can visit the Wellcome Collection until April 23rd, 2023. And if you’re very quick, you can still see the old Medicine Man exhibit for a few days before it closes.

Denial of responsibility! Pedfire is an automatic aggregator of the all world’s media. In each content, the hyperlink to the primary source is specified. All trademarks belong to their rightful owners, all materials to their authors. If you are the owner of the content and do not want us to publish your materials, please contact us by email – [email protected]. The content will be deleted within 24 hours.
colonialismCurationHealthHistoryLondonmedicinemuseumwellcome collection
0
Share

The Hawkings: ‘This party’s all about warmth and feeling at home’