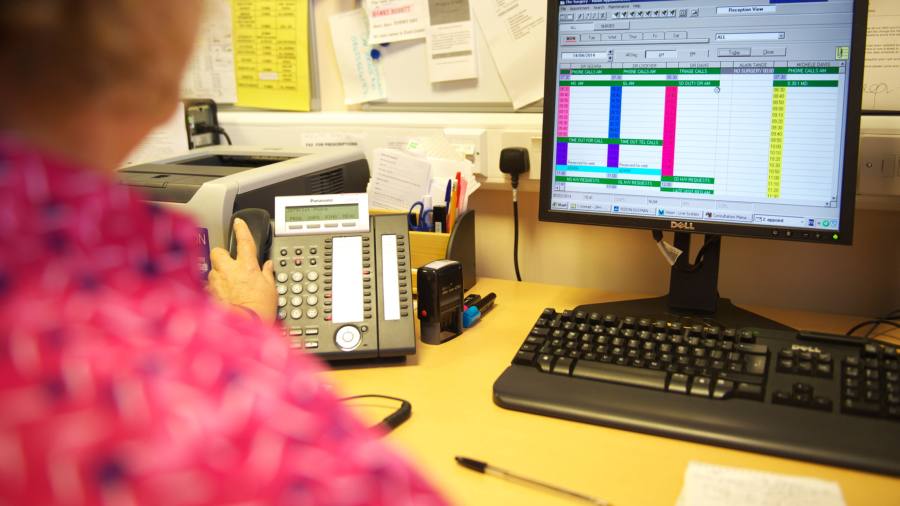 Patients can expect to be offered a GP appointment within two weeks, with a goal that the most urgent are seen the same day, as prime minister Liz Truss seeks to boost the performance of England’s cash-strapped NHS.

The access pledges — termed “ambitions” by NHS chief executive Amanda Pritchard — are at the heart of a plan to be unveiled on Thursday by Thérèse Coffey, health and social care secretary. They follow commitments made by Truss to “deliver” on the health service during the Tory leadership race.

Pharmacists will also play a bigger role, with powers to give out contraception without a GP prescription, which could release up to 2mn general practice appointments a year, and treat minor ailments referred from emergency care.

Coffey is also set to invoke the spirit of the Covid-19 emergency, when 1mn people volunteered to support the NHS and social care. She will suggest this corps should step forward again as part of a new “national endeavour”.

Ministers are aware that an inability to secure a GP appointment is among the issues that most worry Britons. In July, only 56 per cent of respondents to an annual NHS England survey reported a good experience of making an appointment.

Part of the new blueprint will involve upgrading telephone systems to make it easier for patients to get through to practices.

Coffey on Wednesday said this winter would be tough and that the new measures were “just the first step in our work to bolster our valued NHS and social care services so people can get the care they need”.

Pritchard said more than four in five people who needed an appointment were already seen within two weeks, including more than 40 per cent who were seen within a day.

She added that the service would “work with the government so we can support NHS staff to deliver these new ambitions for patients, underpinned by the development of a long-term workforce plan”.

Her emphasis on a staffing blueprint comes against a backdrop of about 110,000 vacancies, including a shortfall of roughly 4,200 full-time equivalent GPs.

The last detailed NHS workforce plan was published almost 20 years ago and the government has acknowledged that a manifesto pledge to increase GP numbers by 6,000 by 2024-25 will not be met.

Professor Martin Marshall, chair of the Royal College of General Practitioners, said it was “a shame” that Coffey had not spoken to frontline doctors before making her announcement.

He warned that the plans risked “add[ing] to the intense workload . . . GPs and our teams are facing” and called for more details on a move by Coffey to make surgeries publish data on the time between booking and appointment.

While officials suggested the aim was to give patients more control over their care, Marshall cautioned against the “creation of ‘league tables’, which . . . do not work in improving access to or standards of care”.

Shadow health secretary Wes Streeting said: “With the last Labour government, patients were guaranteed a GP appointment within 48 hours until the Conservatives scrapped it . . . Unless the government bring forward a plan for the NHS staffing crisis tomorrow, they don’t have a plan for the NHS.”

Tamal Ray’s recipe for pork belly sandwiches with apple and…