Nigeria slumps back into recession as Covid bites 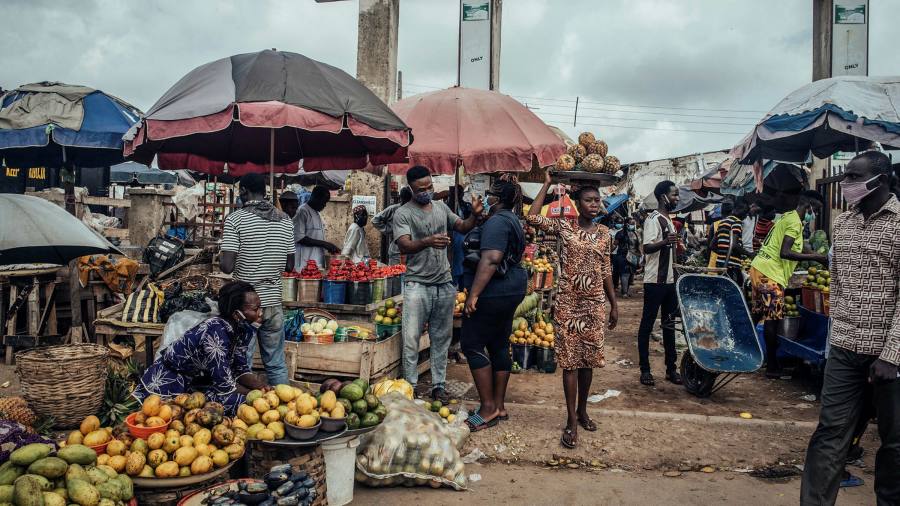 Africa’s biggest economy has sunk into its second recession in less than five years, battered by the oil price crash brought on by the coronavirus pandemic.

As Nigeria’s crude oil production fell to a four-year low, gross domestic product contracted by 3.6 per cent in the three months through September, after shrinking by 6.1 per cent in the previous quarter, according to official data released Saturday.

Two consecutive quarters of economic contraction means that Africa’s biggest crude producer has officially fallen into recession. It had barely begun to recover from the recession that followed the 2015 oil price crash.

The IMF has forecast that the Nigerian economy will contract by 4.3 per cent this year, which would be the largest contraction in nearly 40 years.

More than half of Nigerians are unemployed or underemployed and inflation and food prices are soaring.

The Central Bank of Nigeria is set to begin its two-day monetary policy meeting on Monday, following a surprise 100 basis point cut in September aimed at bolstering the economy.

The economic picture remains dire. A dollar shortage is slamming the private sector, which has to import nearly all of its raw materials and equipment, while oil production has slumped to 1.67m barrels a day from 1.81m barrels a day the previous quarter.

Crude receipts provide nearly 90 per cent of Nigeria’s foreign exchange and roughly half of government revenues, which has dropped even as the government needs to increase funding for healthcare and social services in the face of the coronavirus pandemic.

The recession has revived memories of 2016, when critics said the administration of President Muhammadu Buhari exacerbated an economic slump spurred by the oil crash through policies such as maintaining multiple exchange rates.

The central bank took further steps this year to unify its exchange rates and devalued the naira by 20 per cent, moves the World Bank, the IMF and many economists had long encouraged.

The government has also used the crisis created by the pandemic to take steps toward enacting a series of key reforms that have long been seen as essential for promoting sustainable growth.

These include fast-tracking key oil industry reforms that have been in the works for two decades, dropping an expensive fuel subsidy that costs the government billions every year, raising VAT and revamping the tariff for electricity that had rendered the power sector uneconomical.

It still is… A Rockwell Christmas after all

The airline everyone will be flying with next summer