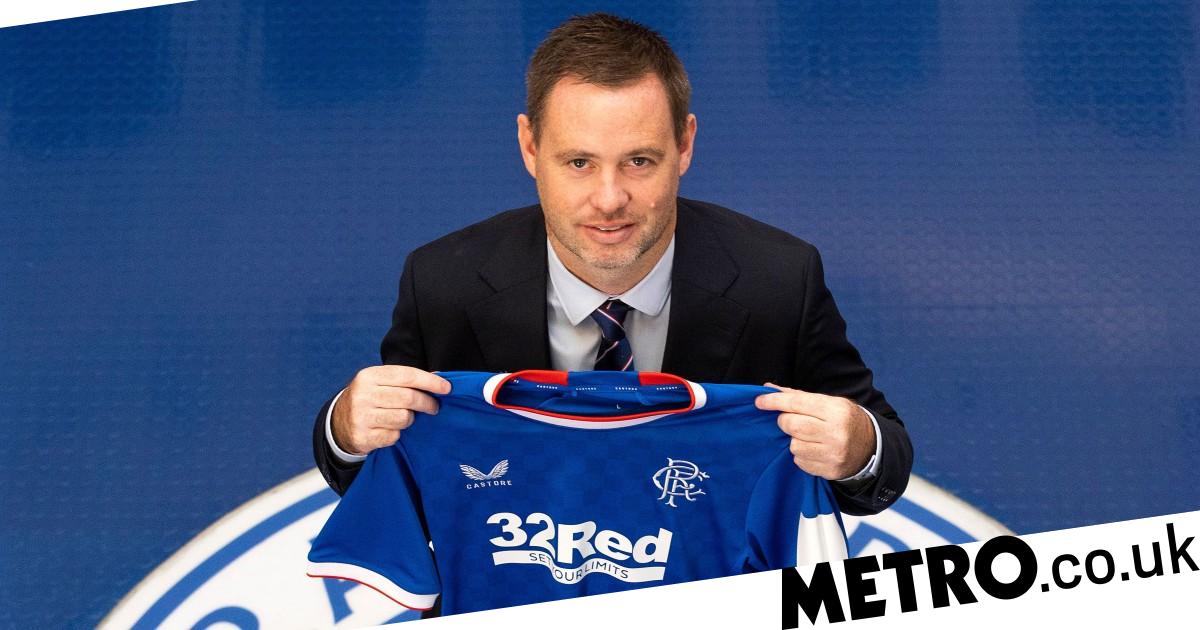 Michael Beale has fired an early warning to his Rangers players – saying he was ‘never anyone’s friend’ during his first stint at Ibrox as first-team coach under Steven Gerrard.

The new Ibrox boss insists he will be ruthless and demand discipline as Rangers try to claw back Celtic’s nine-point lead at the top of the Premiership table.

Beale, who has signed a three-and-a-half-year deal for the Govan side, said: ‘I wasn’t that close to the players, in terms of friends. I was never anyone’s friend, I was always a bit of a disciplinarian out on the training pitch.

‘I was the moaner of the previous staff and that was my job to take training and drive standards. I was close to the players but I was never anyone’s friend, so that’s not an issue.

‘The fact we lived unbelievable experiences together I think the players know we can recreate and build something strong and special again. That actually gives confidence but it’s not a case of me coming back in here and having a million friends in the playing staff, I do in the support staff.’

Beale is adamant the current Rangers team is not beyond repair and he is backing the club to get back on track once some ‘honest conversations’ are held with the team.

The 42-year-old is widely deemed to have walked into a difficult situation after choosing to leave QPR to succeed Giovanni van Bronckhorst in the Ibrox hotseat.

But despite Rangers trailing city rivals Celtic following a poor run of form, Beale does not believe that Gers, who reached the Europa League final last season, are as ‘broken’ as is being portrayed in some quarters.

But he has warned if any player does not fight for him, they will be shown the door.

‘I’ve told them (the players) I’ve got a big belief in them, otherwise I wouldn’t have wanted to have come back,’ Beale said.

‘It’s a privilege to be here working, but I think we just need to have a little bit of a shake and a bit of an honest conversation and get back the standards. Coaches have various ideas of how to play, but the players go on to the pitch and play. Six months ago this was the Europa League finalists.

‘This team is not as broken as people think. If people think that outside then the only people that can change that are the people inside and we’ve got to go now. There’s no time to wait, so if people are not all in then they can go to one side and the people who are, I’ll move forward with those.’

‘The injuries have played a massive part and after such a high at the end of the season, winning the Scottish Cup, I think it maybe had an impact on one or two,’ he said, when asked why Rangers’ form had dipped this term.

‘Every club needs their best players fit. Gio is an excellent professional, he comes across so well and he’s a man of high class. There was a tinge of sadness (at his sacking), then the opportunity came for me to come back.’