Nobody circles the wagons like Buffalonians: QB Josh Allen's neighbors help dig him out ahead of Browns game 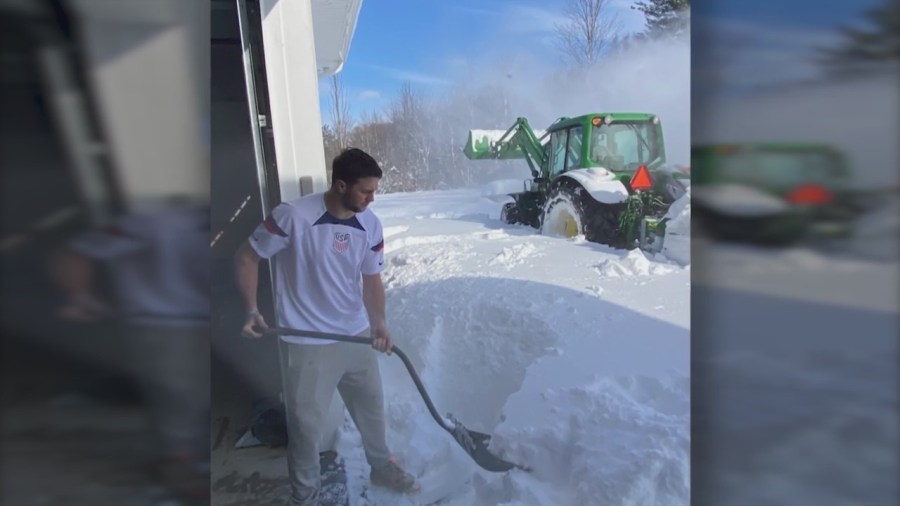 Norm Marshall, who lives in the hard-hit Southtowns in New York, woke up around 5 a.m. Saturday and hopped on his tractor to dig out from heavy snow. He said he always helps plow out his neighbors.

“I stopped the plow guy, and I said, ‘Hey! You can’t push the snow there. That’s Josh Allen’s,'” Marshall recalled.

“It was this high!” he said, gesturing well above his head. “I’m 6’3″, and it was piled tight because they pushed all the snow against his driveway.”

Then his neighbor, Marc Braun, flagged down Marshall and fellow neighbor “Squirrel” Winter, recruiting them for a very important job: helping Bills quarterback Josh Allen get to work.

Allen, who lives down the street, was stuck. His long driveway was completely socked in, and he couldn’t get to the airport for the game.

“It was powerful, and it was a lot of snow that was moved just to get back to him,” Marc Braun said. “They went past just enough for him to get in his vehicle and make it to the fieldhouse and get on the bus to make it to the airport.”

The men said they helped not because it was Josh Allen, but because he was a neighbor in need.

“Josh is a very humble man and what he’s done for this community is second to none,” Marshall told WIVB. “Josh and the Bills have brought a lot of life back to Buffalo.”

It took the men three hours to get No. 17’s driveway cleared, but they said it was the least they could do.

“He’s just a good neighbor, and why wouldn’t you help him out right?” Marshall said.

The Bills won against the Cleveland Browns on Sunday, and the two men said they hoped they had a little something to do with it.