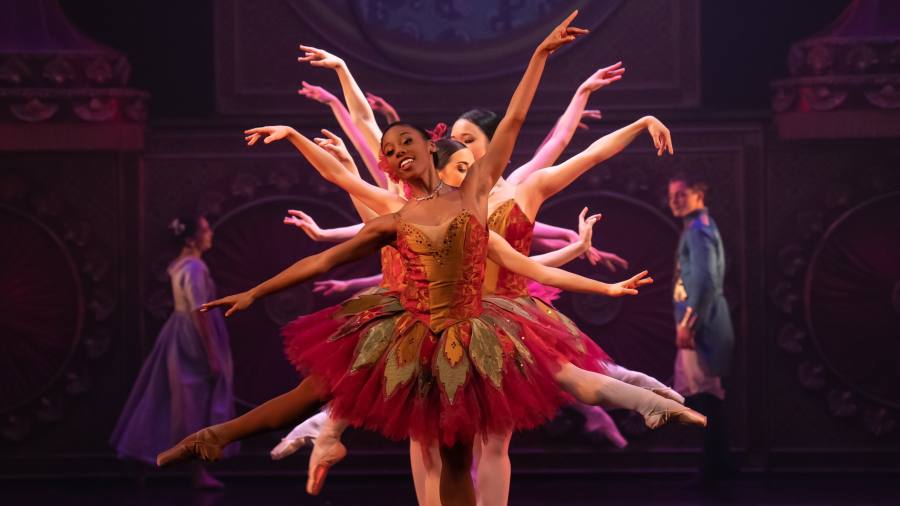 A gigantic Christmas tree, toys that come to life and all the sugar plums you can eat. The tutu/Tchaikovsky combo doesn’t always cast its spell but for many that first trip to The Nutcracker delivers a sugar-rush of delight that dooms them to a life-long ballet addiction. There are four productions on offer in the UK this winter. London will have the choice of the Royal and English National Ballet versions next month but Northern and Birmingham have stolen a march on both.

“Difficult to imagine anything more boring and foolish than The Nutcracker” moaned the St Petersburg Gazette after the 1892 premiere — but such large helpings. The battle of rats, mice and toy soldiers was bulked out with Life Guards from the Finnish Regiment (“much unnecessary running about”) and the “grandiosely poetical” ensembles for flowers and snowflakes (56 of each) were on a scale modern directors can only dream of.

David Nixon’s 2007 The Nutcracker for Northern Ballet is a chamber work in comparison but his thrifty, stylish touring production works its magic nonetheless. Nixon returned the action to the period of ETA Hoffmann’s 1816 story, and Charles Cusick Smith’s Regency setting for the Stahlbaums’ act one Christmas party is a neat fit with the gilded, red lacquer chinoiserie of the act two divertissements — think Brighton Pavilion en pointe. Nixon’s pretty classical routines were a bit of a stretch for last Saturday’s snowflakes (all eight of them) but Kirica Takahashi was a grand but girlish Clara, Sarah Chun made light work of her Sugar Plum variations and Mlindi Kulashe danced and partnered nobly as her cavalier. John Longstaff’s orchestration for the 33-strong Northern Ballet Sinfonia highlights the delicacy and pathos of the score.

northernballet.com, touring to Norwich, Hull and Leeds to January 7

Wright’s earlier 1984 Nutcracker, due for revival at Covent Garden next month, enjoys seamless transformation scenes thanks to Julia Trevelyan Oman’s toy theatre-like cloths which whisk us to the Kingdom of Sweets and back again. John McFarlane’s sublime sets for BRB, gloriously refurbished after nearly £400,000 of donations, work the same magic but on a truly massive scale. The Stahlbaum drawing room has a remarkable solidity: an estate agent could do a floor plan, an upholsterer could quote for the curtains.

This very reality compounds our sense of awe when the Christmas tree quintuples in size and the fireplace becomes a blazing portal for a horde of murderous rodents. The thrill in the auditorium on Sunday afternoon was palpable and a packed house that had babbled unstoppably through the overture — Paul Murphy and the Royal Ballet Sinfonia deserve better — was suddenly dumb with wonder.

brb.org, at Birmingham Hippodrome to December 10, plus a modified arena version at the Royal Albert Hall, December 28-31