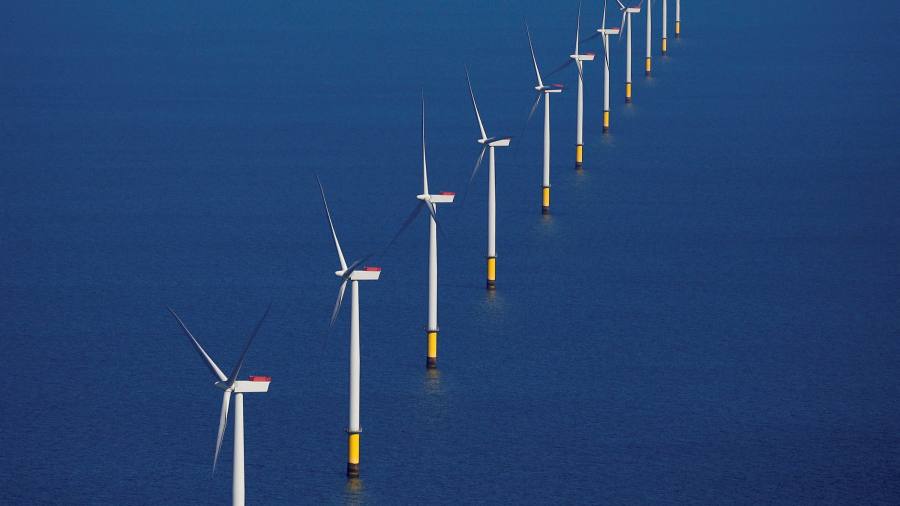 Norway’s $1.3tn oil fund has made its first investment in renewable infrastructure, shrugging off concern about the recent prices paid for wind power projects, as its chief executive said he wanted to “tune up” returns at the world’s largest sovereign wealth fund.

The oil fund on Wednesday said it would pay €1.4bn for a 50 per cent stake in a Dutch offshore wind farm owned by Orsted, the Danish renewable energy giant that will remain operator of the project.

Under its mandate from Norway’s parliament, the fund can invest up to NKr120bn ($14.2bn) in renewable infrastructure. It is seeking to become one of the world’s biggest such investors as it diversifies its portfolio away from equities, bonds and property.

“We think we have a competitive advantage in that we’re a large fund that can write a large cheque . . . This is an area where we see a lot of opportunities going forward. For the fund, we see the diversification it can give us,” Mie Holstad, chief real assets officer at the fund’s manager, told the Financial Times.

Norway has diverted its petroleum revenues into the fund for more than a quarter of a century, building up the world’s largest sovereign wealth investor that until recently only owned public securities. In the past decade, it has become one of the world’s largest property investors, owning large swaths of prime real estate in cities such as London, New York and Tokyo, as well as logistics buildings.

The fund has been able to invest in wind and solar power projects since the start of 2020, and Holstad said it had looked at eight potential projects last year. It took part in one auction for a renewable energy asset but dropped out.

Mads Nipper, the new chief executive of Orsted, told the FT earlier this year that the very high prices paid in a UK auction of offshore wind — since replicated in other projects — by oil majors meant that the energy source could become less competitive. Others have warned that the prices paid by companies were nearing bubble territory.

Following decisions to increase its equity share in 1998, 2007 and 2019 shortly before market crashes, the oil fund gained a reputation as something of a contrarian indicator.

Asked whether that could be the case too with renewable infrastructure, chief executive Nicolai Tangen said he was not worried that its investments would be at “peak levels”.

He added: “It’s not like we have to deploy all the money in 10 minutes. We have time to find the right investments. We’re pretty sure that demand for these type of renewable infrastructure assets will increase.”

The fund specified that it was looking for assets that had “reduced power price risk, stable cash flow, and limited risk to the principal investment”.

Separately, the fund released a revised strategy for the next two years, the first unveiled under Tangen, a former hedge fund boss.

The fund said it would increase its “active positioning” around mergers and other events as well as boosting its research on what it termed “negative selection” through use of forensic accounting to sell companies “we expect to underperform”.

However, Tangen denied that the fund was becoming more activist and adopting hedge fund-like strategies. He said the new approach was a “combination of tuning up a bit what has worked well” such as risk-based divestments, and bringing in new ideas such as an investment simulator that tries to help fund managers learn from their mistakes, and an increased focus on mental resilience.