NTSB wants all new vehicles to check drivers for alcohol use 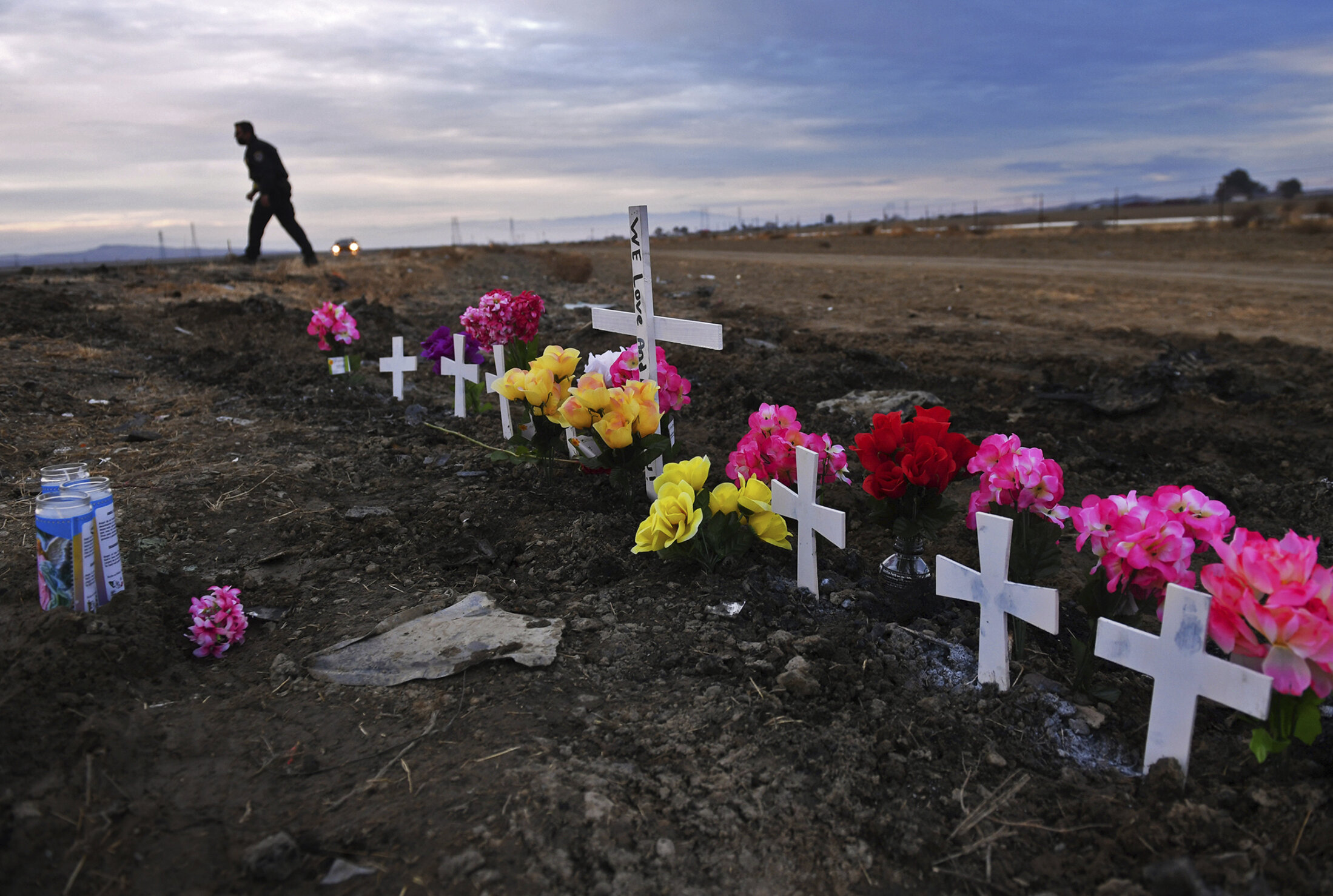 The National Transportation Safety Board is recommending that all new vehicles in the U.S. be required to have blood alcohol monitoring systems that can stop an intoxicated person from driving.

The recommendation, if enacted by the National Highway Traffic Safety Administration, could reduce the number of alcohol-related crashes, one of the biggest causes of highway deaths in the U.S.

The new push to make roads safer was included in a report released Tuesday about a horrific crash last year in which a drunk driver collided head-on with another vehicle near Fresno, California, killing both adult drivers and seven children.

NHTSA said this week that roadway deaths in the U.S. are at crisis levels. Nearly 43,000 people were killed last year, the greatest number in 16 years, as Americans returned to roads after pandemic stay-at-home orders.

Early estimates show fatalities rising again through the first half of this year, but they declined from April through June, which authorities are hoping is a trend.

The NTSB, which has no regulatory authority and can only ask other agencies to act, said the recommendation is designed to put pressure on NHTSA to move. It could be effective as early as three years from now.

“We need NHTSA to act. We see the numbers,” NTSB Chairman Jennifer Homendy said. “We need to make sure that we’re doing all we can to save lives.”

The NTSB, she said, has been pushing NHTSA to explore alcohol monitoring technology since 2012. “The faster the technology is implemented the more lives that will be saved,” she said.

The recommendation also calls for systems to monitor a driver’s behavior, making sure they’re alert. She said many cars now have cameras pointed at the driver, which have the potential to limit impaired driving.

But Homendy says she also understands that perfecting the alcohol tests will take time. “We also know that it’s going to take time for NHTSA to evaluate what technologies are available and how to develop a standard.”

A message was left Tuesday seeking comment from NHTSA.

The agency and a group of 16 automakers have been jointly funding research on alcohol monitoring since 2008, forming a group called Driver Alcohol Detection System for Safety.

The group has hired a Swedish company to research technology that would automatically test a driver’s breath for alcohol and stop a vehicle from moving if the driver is impaired, said Jake McCook, spokesman for the group. The driver wouldn’t have to blow into a tube, and a sensor would check the driver’s breath, McCook said.

Another company is working on light technology that could test for blood alcohol in a person’s finger, he said. Breath technology could be ready by the end of 2024, while the touch technology would come about a year later.

It could take one or two more model years after automakers get the technology for it to be in new vehicles, McCook said.

Once the technology is ready, it will take years for it to be in most of the roughly 280 million vehicles on U.S. roads.

Under last year’s bipartisan infrastructure law, Congress required NHTSA to make automakers install alcohol monitoring systems within three years. The agency can seek an extension. In the past it has been slow to enact such requirements.

The legislation doesn’t specify the technology, only that it must “passively monitor” a driver to determine if they are impaired.

In 2020, the most recent figures available, 11,654 people died in alcohol-related crashes, according to NHTSA data. That’s about 30% of all U.S. traffic deaths, and a 14% increase over 2019 figures, the last full year before the coronavirus pandemic, the NTSB said.

In the fatal crash included in the report, a 28-year-old driver of an SUV was headed home from a 2021 New Year’s Day party where he had been drinking. The SUV went off the right side of State Route 33, crossed the center line and hit a Ford F-150 pickup truck head-on near Avenal, California.

The pickup was carrying 34-year-old Gabriela Pulido and seven children ages 6 to 15 home after a trip to Pismo Beach. The truck quickly caught fire and bystanders couldn’t save the passengers, the NTSB said.

The SUV driver’s blood alcohol level was 0.21%, nearly three times California’s legal limit. He also had marijuana in his system, but the agency said the alcohol was more than enough to severely impair his driving. The SUV was traveling 88-to-98 miles per hour (142 to 158 kilometers per hour), the report said.

The crash happened less than a second from when the Journey re-entered the road, giving Pulido no time to avoid the collision, the NTSB said.

Juan Pulido, 37, whose wife and four children were killed in the crash, said he’s happy the NTSB is pushing for alcohol monitoring because it could stop another person from losing loved ones. “It’s something that their families have to live with,” he said. “It doesn’t go away tomorrow.”

© 2022 The Associated Press. All rights reserved. This material may not be published, broadcast, rewritten or redistributed without permission.

Fall Travel Is Changing. Here’s What To Know When Making Plans