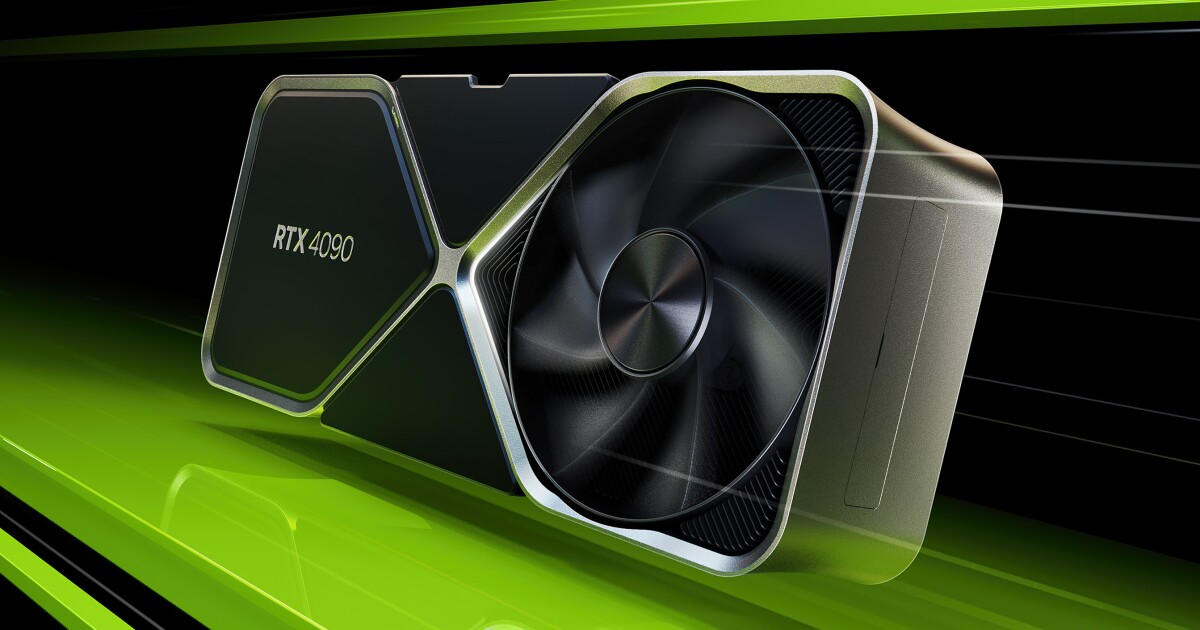 Nvidia has unveiled its latest lineup of graphics cards, the GeForce RTX 40 series. Built on a new third-generation architecture, the cards are claimed to boast twice the performance of the RTX 30 series, with a focus on boosting frame rates and ray tracing.

As with previous generations, there are three models in the GeForce RTX 40 series, although they’ve had a bit of a change to naming conventions. There’s no RTX 4070, as we would have expected – instead, the RTX 4080 comes in two different versions, one with 12 GB of GDDR6X memory and 7,680 CUDA cores, and one with 16 GB of memory and 9,728 cores.

All three cards are built on a new architecture Nvidia calls Ada Lovelace, after the 19th-century countess often considered the first computer programmer. This system packs up to 76 billion transistors – a huge leap over last gen’s 28 billion – and new third-generation Ray Tracing Cores. The latter are focused on the advanced lighting technique of the same name, which is apparently boosted by 2.8 times. Nvidia claims the whole package doubles performance in games and creative apps compared to the RTX 30 series.

Along with these hardware improvements, Nvidia has outlined a bunch of new software features that take advantage of the extra power. The DLSS 3 system ramps up frame rates in games using resource-heavy settings like ray tracing, and a tool called Nvidia RTX Remix allows these fancy settings to be applied to older games.

That leads us to one of the most exciting announcements of the conference, and it’s not about a brand new game but a 15-year-old one. Valve’s classic Portal is getting a free update with 4K visuals and ray tracing, which could lead to some really interesting effects as the portals bend and warp light sources, as well as giving off their own colored light.