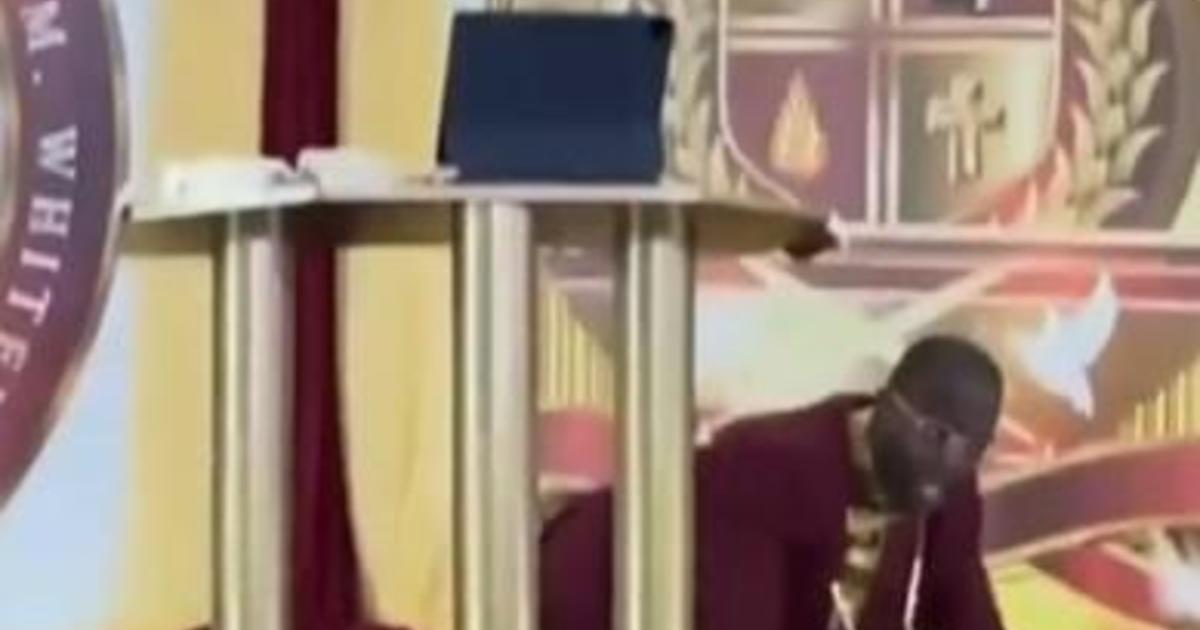 NEW YORK — The NYPD announced Wednesday it has arrested two suspects in connection to the brazen robbery of a Brooklyn bishop over the summer.

The gunpoint robbery during a Sunday service in July was caught on camera.

Investigators say the thieves stole more than $1 million in jewelry from Bishop Lamor Whitehead and his wife at the Leaders of Tomorrow International Churches in Canarsie.

“Investigators from the Brooklyn Robbery Squad and our federal task force spotter, consisting of NYPD detectives and ATF agents, were able, through various investigative means, consisting of video and electronic tracking, were able to identify these perpetrators,” NYPD Chief of Detectives James Essig said.

Investigators say the jewelry has not been recovered. The search continues for a third suspect.

Whitehead said he will be holding a news conference after the suspects have been arraigned Wednesday afternoon at federal court in Brooklyn.

Whitehead thanked the various law enforcement agencies and personnel that were involved in the arrests.

“This is such a relief,” Whitehead said.

Denial of responsibility! Pedfire is an automatic aggregator of the all world’s media. In each content, the hyperlink to the primary source is specified. All trademarks belong to their rightful owners, all materials to their authors. If you are the owner of the content and do not want us to publish your materials, please contact us by email – [email protected]. The content will be deleted within 24 hours.
Brooklynnypd
0
Share