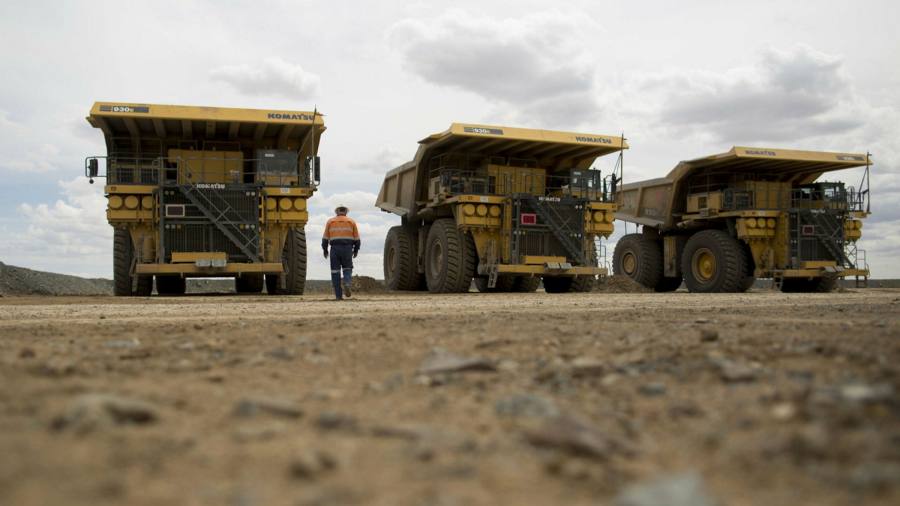 Hedge fund Odey Asset Management has called on Rio Tinto to change the way it is financing the $6.6bn expansion of the miner’s vast Oyu Tolgoi copper project in Mongolia’s Gobi Desert.

In a letter sent to Rio finance director Jakob Stausholm, Odey said the miner should trigger clauses in funding agreements and seek repayment of project finance loans through a rights issue at its Canadian listed subsidiary Turquoise Hill Resources (TRQ). It asked the company to confirm whether it would try to do so.

Through funds it manages, Odey is a shareholder in Rio and has also made a bearish bet against shares in TRQ, which have climbed 200 per cent from their March lows. Odey published its letter after it was unable to get an answer to its concerns in private.

The underground expansion of Oyu Tolgoi is Rio’s most important project and also an important source of foreign direct investment for Mongolia.

When finished, Oyu Tolgoi will be capable of producing more than 500,000 tonnes of copper a year at a time when the metal is expected to be in short supply because of growth of renewable energy and electric vehicles.

However, the project has been dogged by problems and squabbles among its partners, and is running more than a year behind schedule and more than $1bn over budget. First sustainable production is expected in October 2020.

Rio operates the mine but does not have a direct stake, instead owns 50.8 per cent of TRQ, which in turn owns 66 per cent of Oyu Tolgoi. The rest is owned by the Mongolian government, which has called for an independent review of the cost blowout.

Rio has funded the underground expansion through $4.4bn of project finance loans pulled together by outgoing chief executive Jean-Sébastien Jacques with lenders including International Finance Corporation and the European Bank for Reconstruction and Development. Rio argues their involvement in the project provides some political risk mitigation.

Odey says the loans should not be described as project finance because they have been guaranteed by Rio. As such, it thinks they should be replaced with funding that does not subsidise minority investors in TRQ.

“Odey proposes that Rio Tinto should confirm if it intends to seek to refinance the $4.4bn of loans through a rights issue,” it said.

The hedge fund also believes a capital expenditure funding shortfall at TRQ should also be met through equity. It estimates a funding gap of $4.5bn, a figure $1.5bn higher than TRQ’s estimate.

“If Rio Tinto acts in the interests of its stakeholders, Turquoise Hill would be required to seek a minimum rights issue of $8.9bn, the letter said.

That conclusion is likely to alarm minority shareholders in TRQ, which are already concerned about the prospect of an equity raise being used to plug part of the capital expenditure shortfall. TRQ has a market value of $2.1bn.

Odey’s Mr Steel previously worked as a “special adviser” at Rio and wrote a paper on Oyu Tolgoi as part of a PhD sponsored by the company.

In the thesis, which was never published, Mr Steel argued Mongolia’s 34 per cent stake in the project was worthless. It said this was because it would not receive any dividends until it had paid off more than $8bn borrowed from Rio to fund its share of the underground project and the existing open pit at Oyu Tolgoi. This cost more than $6bn.

“It is Odey’s opinion that the natural resolution is for the Mongolian government to dissolve the $8.3bn of shareholder loans and/or increase the royalty rate at Oyu Tolgoi,” the letter said.