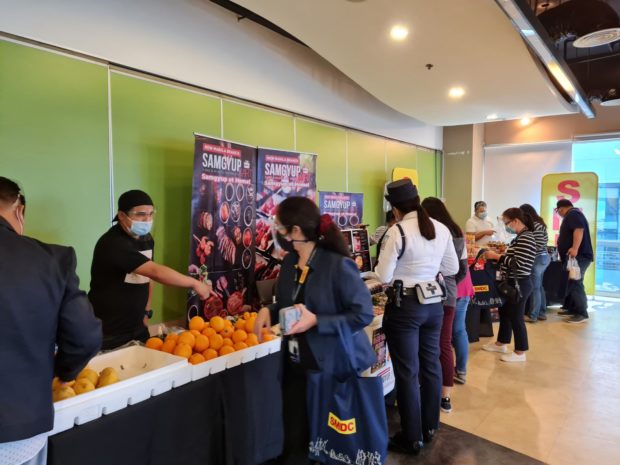 Rows of rainbow-colored fruits and lush vegetables fill up the tables in a bazaar that hopes to bring a little color to a year that has been mostly gray.

On one side of the open space are heaps of apples and oranges. On the other are the more exotic fruits such as cherries and nectarines. At SMDC’s The Good Guys Market, mounted in different properties at the end of every week, there is a shared sense of vibrancy all around.

Customers delight in the opportunity to be out in the open once again—masked and all, of course—bargaining for the best prices like they used to in the more normal times. Vendors rejoice at the chance of starting anew.

One of the hallmarks of SMDC is continued service beyond turnover. The idea is not only to offer world-class homes, but to create tightknit communities that are comprised of Good Guys who are inspired to do good to others. When the pandemic triggered the loss of millions of jobs, SMDC launched The Good Guys Market to serve as an avenue for affected farmers to sell their produce, as well as for economically-displaced residents to earn extra income via home-based entrepreneurship.

The project began at Princeton Residences in New Manila in July. As the administration staff was meeting in their office to prepare for the event, planning on how to help as many people as possible, a resident knocked on the door. The timing was perfect. 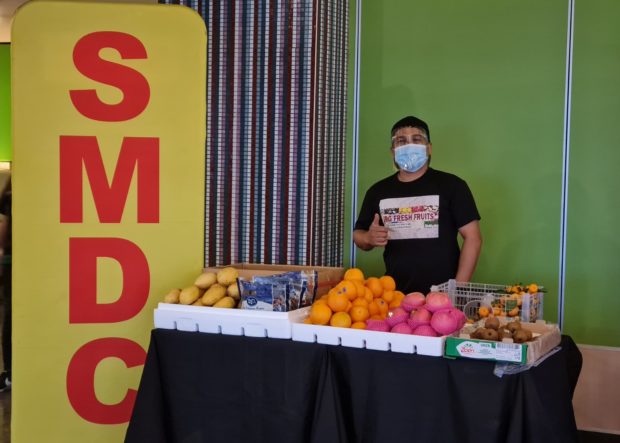 Eight years have passed since Joel Grona left the Philippines for greener pastures in the Middle East. His is a story of the typical Filipino expat who dreams of a better life abroad and earned every bit of his progress. He rose through the ranks to become the manager of a coffee shop.

The 34-year-old was eventually joined in Dubai by his mother and siblings. A family from Pangasinan that decides on major matters together, they decided to make a family investment in Princeton Residences in order to have a place to stay whenever one of them returns home for vacation.

Their homecomings were usually marked by excitement, but Grona’s trip this summer was even more exciting.

When the pandemic hit, the customers at the coffee shop stopped coming, the company started downsizing, and he began packing with a one-way ticket in hand.

Ripe for a return

Before he flew abroad, Grona was a fruit dealer in Binondo. It was a life that he thought was past him. But with limited options to provide for his wife and children in this time of crisis, it was an option that he had no choice but to revisit. 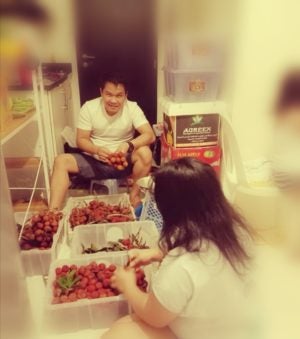 Grona wanted to do things right. He thought that transporting supply boxes around Princeton, for example, might cause an issue with the other residents. To give the property staff a heads-up regarding his planned business, he approached the administration office, which just happened to be holding a meeting about The Good Guys Market.

Grona got off to a rough start, but he was able to get started with the assistance of The Good Guys Market program, which includes online training on entrepreneurship and marketing. He combined the new knowledge with his experience, and soon, he was selling fruits at a rate he never reached before.

One of the things Grona learned in The Good Guys Market program was the value of expansion. The program allowed him to make money every weekend, but he wanted to sell during weekdays as well.

He set aside capital to purchase a wooden cart or a kariton, which he stationed at a nearby high-traffic area.

Inspired by the success of his The Good Guys Market venture, he also tied up with a subdivision near Princeton, where he now sells on weekends. His booming business has given employment to a number of people also displaced by the pandemic.

Grona now starts his days at six in the morning.

He fills his cart with assorted fruits and heads to his spot near the Gilmore LRT Station for a whole day of selling. Pack-up time usually comes late in the afternoon, and he comes home to spend time with his family.

After dinner, Grona sets out again to purchase fresh supplies at drop-off centers like Divisoria and Nepa Q Mart. He comes home at 12 am, then wakes up at 6 am for another day of trading.

While some people despise their new-normal routines, Grona relishes each and every moment of his new routine. It wasn’t long ago that he was lost and afraid of the future. Now, with a not-so-new lease on life, the fruit seller does not take anything for granted.

Grona averages sales of P300,000 a month by selling nutritious products from his cart on weekdays, from The Good Guys Market table and from subdivision near Princeton on weekends. He has also started to market online to reach even more customers.

With his thriving business, Grona does not intend to go back to working overseas. His business not only allows him to earn the kind of income he used to have as an overseas worker; it puts him right at home with his family, friends and his Good Guys community.

Kanye West Says He Empathizes With The UK Because He Lost…

Experiencing Success In College And Work In High School