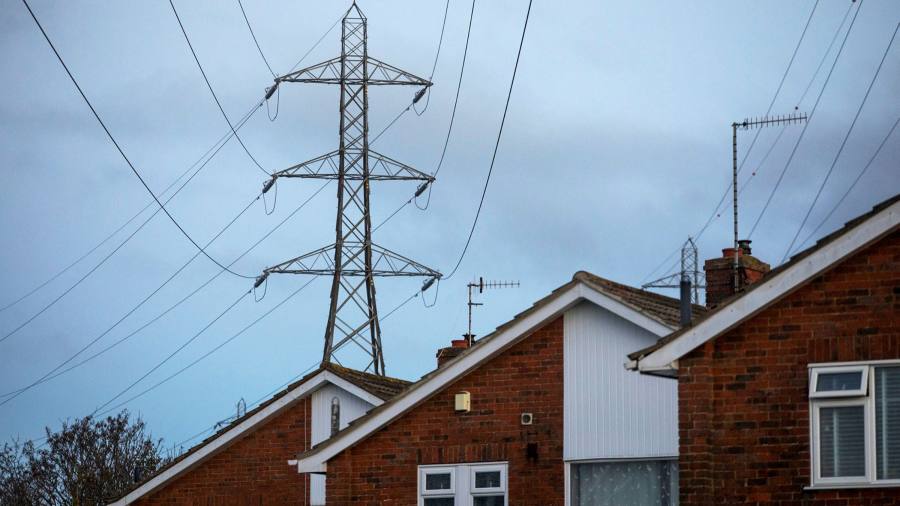 Britain’s energy regulator is eyeing a £21 annual increase in electricity and gas bills for 11m households to offset suppliers’ bad debts caused by the pandemic, raising the price cap for customers on the most expensive tariffs.

Ofgem’s move comes as many companies in the energy sector face losses because of the economic downturn caused by the coronavirus crisis, but the decision has been criticised by suppliers

“Due to the impact of the pandemic and higher levels of unemployment we are seeing, more households are struggling to pay their supplier for the energy they have used,” the regulator said in a statement on Friday. “This is impacting on supplier finances and we expect the number of unpaid bills to rise this winter.”

Greg Jackson, chief executive of Octopus Energy — Britain’s sixth-biggest supplier by market share, attacked the plans, accusing rivals of offering customers “below cost” prices before moving them on to the highest cost plans.

“This isn’t about Covid bad debt, it’s about resurrecting tease and squeeze pricing. If suppliers do this, we want to see proof that every penny goes into bad debt reserves,” Mr Jackson said.

Shares in “big six” suppliers such as SSE, which did not respond to a request to comment, and Centrica, which declined to comment, were largely unchanged on Friday.

Ofgem said the planned increase, which is open to consultation, would be factored into the next update to the cap, expected in April.

The regulator said the planned increase would be partially offset by the termination of a temporary £15 increase introduced to cover the outcome of a judicial review into how Ofgem calculated suppliers’ wholesale energy costs during the first cap period, meaning the net impact of any changes would be an increase of about £6.

The price cap was introduced in January 2019 to protect 11m households on default tariffs.

In normal times, Ofgem’s price cap includes an allowance for bad debt liabilities. But the pandemic and rising unemployment have accelerated their increase.

Ovo Energy, one of Britain’s largest energy suppliers, warned this month that households hit by the coronavirus crisis would need the government to provide a “greater social safety net” to help pay their energy bills.

Ofgem said consumers had benefited earlier in the pandemic after it reduced the price cap by £84 per household per year due to the sharp drop in wholesale gas and electricity prices, as demand fell in the early stages of the pandemic. But prices have risen as the economy has rebounded.

“If this trend continues, this will result in an increase in the level of the cap in April next year,” Ofgem said.

Suppliers had taken steps to protect vulnerable customers, Ofgem argued, providing emergency credit to prepayment meter users, and ensuring no one was disconnected from the grid “on purpose”.

5G rollout to be faster in India, gears from neighbouring…

Cruise holiday nightmare as passengers face protests and are…

Parents who raise highly successful kids have these 3 things…