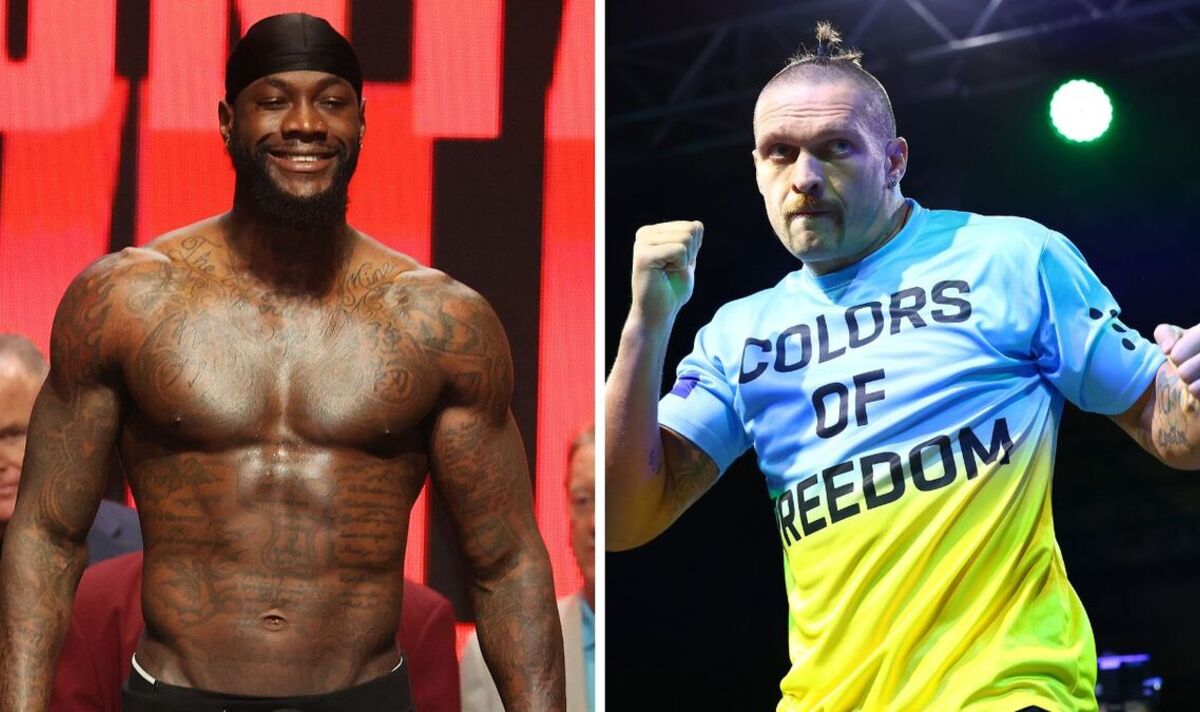 Malik Scott believes Deontay Wilder is the only heavyweight in the world who can beat Oleksandr Usyk. Scott’s comments come after Eddie Hearn predicted that Wilder wouldn’t win a single round against The Cat.

The American trainer is hard at work preparing Wilder for the Robert Helenius fight on October 15 but has one eye on the future. Usyk recently called out Wilder after his proposed undisputed unification clash with Tyson Fury fell through.

The Gypsy King wanted to fight at the back end of 2022 while Usyk stated that he would be out until February 2023 leading to Joshua being offered a shot at Fury’s WBC title.

The pair are now expected to meet on December 3 at the Principality Stadium in Cardiff, Wales. But with a rematch clause signed into the contract, Usyk could be looking at a one-year delay to the undisputed fight and so has begun exploring his options.

Talking about a possible match-up between Wilder and Usyk during Thursday’s open workouts, Scott told assembled media: “Coming from a coaching standpoint, it works perfect for me because Deontay Wilder is big time boxing. Robert Helenius, in my opinion, this is a big, dangerous fight. Deontay is going to pass this test with flying colours. After that, my opinion of his next opponent is that it should be Oleksandr Usyk or Anthony Joshua possibly… These are the kind of fights he gets up for.

“I truly believe that Deontay Wilder is the only heavyweight in the world that can beat Oleksandr Usyk, and I have so many reasons to back that up.”

Wilder vs Usyk has been hotly debated online recently, particularly between Hearn and Lou DiBella. Hearn doesn’t see Wilder winning a single round but recognises that the American possesses the power to cause problems for anyone – comments DiBella took exception to.

He wrote: “Won’t matter if Wilder lands the one punch that knocks Usyk out. And he likely would. Like he would likely knock Joshua out. In fact, Hearn might be right until the knockout punch, but does it matter? Respect the puncher.”

Hearn fired back by telling DiBella to read his full comment: “Might want to read it first.. ‘I don’t see Usyk losing a round to Deontay Wilder but at the same time Wilder carries the power to cause problems for anyone’.”

DiBella then replied: “I try to read as little prognostication as possible, but thanks for clarifying.”

Before adding: “It’s not a misleading headline. It’s a cop out to say ‘Usyk will win every round’ with the caveat that Wilder is dangerous. Why comment then. Of course, Wilder is dangerous. Obviously, you believe Usyk wins an easy, but risky, decision. I think Wilder KOs the better boxer.”

The back and fourth then continued with Hearn writing: “I didn’t say [double space] it was a misleading headline. I did hundreds of interviews last week and was asked my opinion. My opinion is I don’t think Wilder will a round against Usyk but basically has the power to take anyone out.”