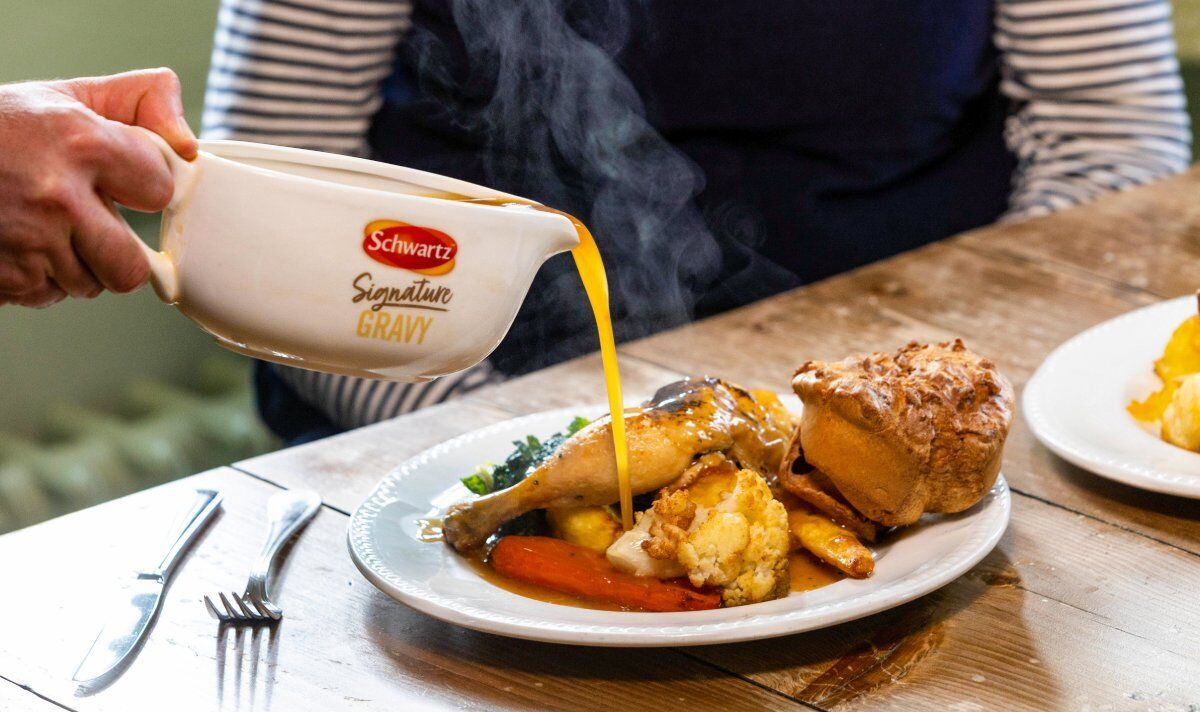 But consumption is not confined to the home – with 13 percent eating it in the car, 11 percent carrying it in a flask, and 14 percent even taking it on holiday.

Nearly a third (32 percent) claimed they’d rather have gravy than a pint of beer, while 29 percent would opt for it over a glass of wine, and one in five would choose it instead of chocolate.

One in ten put it on “everything”, with 11 percent having it on a pizza and 10 percent opting to top pasta with it.

The research, commissioned by Schwartz to celebrate the launch of its new Signature Gravy, also found the top dishes to enjoy with gravy are roast meats – beef (48 percent), chicken (48 percent) and turkey (45 percent).

These are followed by Yorkshire pudding, and sausage or pie with mash.

One in five adults are in team “chips with gravy”, while 12 percent enjoy it with fried chicken.

A spokesman from Schwartz said: “The extent of the nation’s love of gravy goes far beyond traditional combinations, with people enjoying gravy with salad, mac and cheese, and even cereal.

“Regionally there have always been differences when it comes to gravy preferences, and chips and gravy is one of the biggest food debates.

“But clearly, one thing everyone agrees on is that you can’t have a roast dinner, mashed potato, or Yorkshire pud, without a splash of gravy.”

Going against the longstanding assumption that northerners are the biggest gravy advocates, Oxford was revealed as the UK’s gravy capital, with 41 percent of residents claiming to “love” it.

In fact, Oxonians love gravy so much that 26 percent tuck into meals with gravy more than 10 times per week.

The research also found 27 percent of all adults have been known to ask for extra gravy when dining out – while one in five (21 percent) have eaten it with a spoon, and 14 percent have even taken their own mix on holiday.

Leftover sauce on a plate is likely to be wiped up with bread by 37 percent – but a quarter (23 percent) will simply tip their plate and slurp up the rest to avoid waste.

It also emerged 42 percent see gravy as a British staple, while one in three (34 percent) think it’s a comfort food.

And for 28 percent, one of their favourite things about the colder season is having meals with gravy – with the sauce making people feel homely (42 percent), comfortable (42 percent), and warm (39 percent).

The study, carried out via OnePoll, also found 29 percent of those polled claim they can confidently tell the difference in tastes between various gravy brands.

The rise (and falls) of the roller disco