One Woman King Death That I Can’t Stop Thinking About 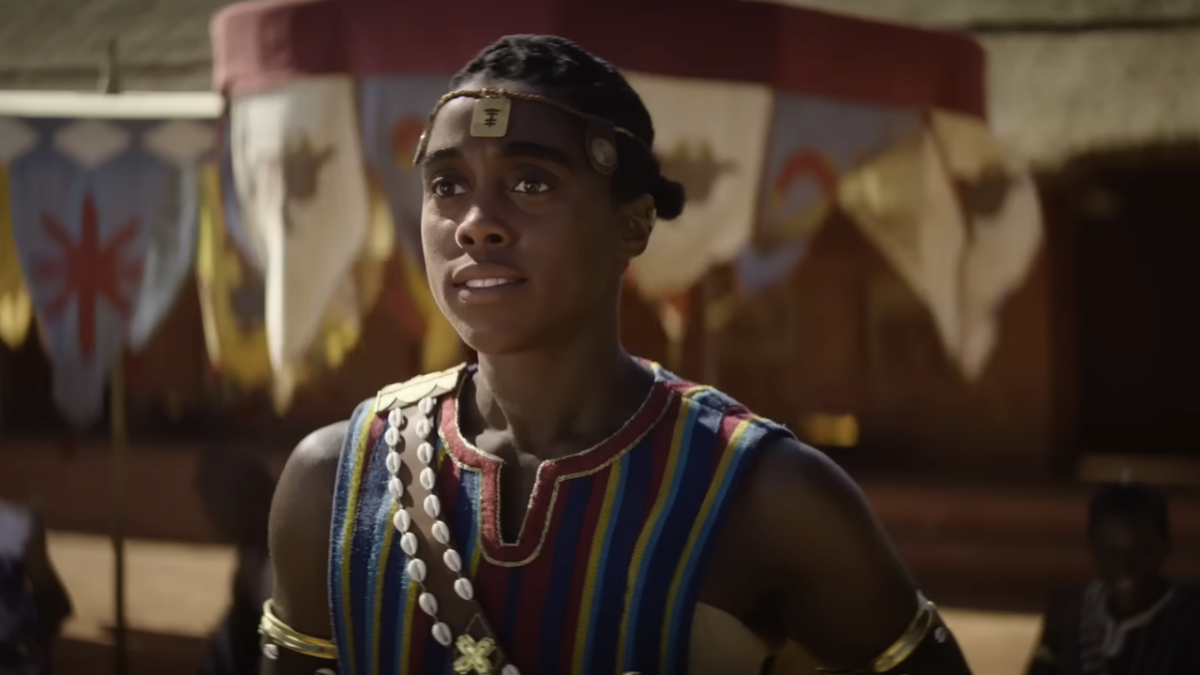 Minor spoilers ahead for Viola Davis’ The Woman King.

Action movies are a tried and true genre in the film world, often inspiring audiences to get to theaters and watch epic battles on the big screen. The latest of these movies is Gina Prince-Bythewood’s The Woman King, which stars Viola Davis as a badass (and scarred) West African general in the 1820s. Her character Nanisca leads an all-female group of warriors called the Agojie, who have some dizzying fight sequences throughout its 135-minute runtime. And there’s one Woman King death that I can’t stop thinking about.

The action of The Woman King is truly epic, with the badass group of Agojie working together in a way that is both beautiful and brutal. Perhaps the movie’s biggest scene stealer is Lashana Lynch, who fans know from other action-packed movies like Captain Marvel and No Time to Die. On top of being the new movie’s primary comedic relief, she’s also deadly in action sequences. Especially the opening battle, and that truly horrifying moment where she killed a man with her nails.

During the opening battle of The Woman King, the Agojie ambush a group of Oyo Empire soldiers in order to rescue their captives. During this thrilling sequence, Lashana Lynch’s Izogie is shown dispatching a number of enemies. Eventually she knocks down a soldier, and kills him by using her sharpened nails to impale him through the eyes. While we see plenty of violence and kills throughout the Gina Prince-Bythewood movie, this was the one that has stuck with me since I attended the world premiere at the Toronto International Film Festival.

Despite the brutality of The Woman King, clever editing helped the movie gain a PG-13 rating, which no doubt helped its strong box office performance on opening weekend. While we don’t actually see Izogie’s nails meet her victim’s eyes, the noise of that action is enough to turn one’s stomach.

While seeing nails as a weapon is an inherently feminist form of fighting on the big screen, it turns out that it wasn’t an invention by The Woman King writer Dana Stevens; it’s actually based on fact. Director Gina Prince-Bythewood recently appeared on our very own ReelBlend podcast, where she explained the background behind that visceral moment of violence, saying:

The deadliness of the Agojie is part of what makes The Woman King such a fun theatrical ride, with the audience getting to truly immerse itself in that group’s way of life and war. In that opening battle, we instantly understand just how badass that group of warriors are. And I was immediately eager to learn more about how this unique group functions.

Lashana Lynch is becoming a bonafide action star in her own right. She recently reprised her Captain Marvel role in a small but thrilling part in Doctor Strange 2, becoming Captain Marvel in the process. Then there’s her acclaimed performance as Nomi aka the new 007 in No Time to Die, where she did more killer action and stunt work.

The Woman King is in theaters now. Be sure to check out the 2022 movie release dates to plan your next movie experience.