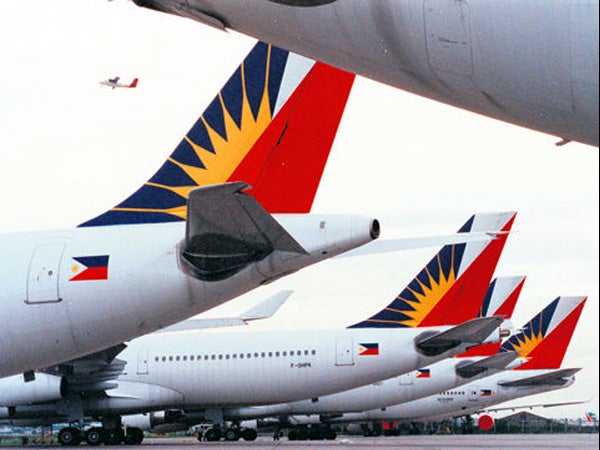 The total liabilities of Philippine Airlines (PAL)—including its outstanding obligations to foreign aircraft suppliers—stand at almost $5 billion, making its proposed debt restructuring plan the largest in the country’s history.

“This [amount] is due to new accounting rules on [aircraft] leases that were implemen­ted in 2019,” a company insider told the Inquirer, even as he explained that the actual amount of loans excluding these assets was “much smaller than that.”

According to company insiders, the flag carrier’s total liabilities are expected to fall to around $3 billion once its rehabilitation plan is approved by US courts, possibly as soon as next month.

“PAL will likely seek US court protection once it has 67 percent of its creditors or lessors agreeing to its request for restructuring,” another industry source familiar with the airline’s situation said.

“This is to ensure that dissenting creditors follow and don’t throw off the restructuring plan—it’s the usual Chapter 11 filing done by US businesses to ensure business [continuity],” he added. “It will be filed in the US since 75 percent of creditors are based there and they have specific courts with knowledgeable judges on restructuring.”

Going forward, however, the airline may find it difficult to raise crucial cash from private sources while assembling a plan to survive the COVID-19 pandemic.

This could leave the heavy lifting in the hands of the Philippine government, which has so far rejected direct corporate bailouts while moving slowly in providing loans to the beleaguered aviation sector.

Eduardo Francisco, president of BDO Capital Investment Corp., said lenders were wiling to step in but would likely limit their exposure in PAL itself given its current financial woes.

“We would rather not lend to PAL but to the Lucio Tan Group. The money is more protected as they have other assets and cash flow,” the investment banker said in an interview on Thursday.

He said it could provide guarantees and loans subject to stringent conditions but the better scenario might be the partial nationalization of PAL more than two decades after it was privatized.

Nonetheless, the Philippine banking system is capable of dealing with credit losses that may arise from the financial woes of flag carrier PAL, which is grappling with about P240 billion in interest-bearing debt, mostly owed to aircraft lessors.

“The local banks are well prepared for the problem. Their exposure is less than 10 percent of the total [debt]. The biggest creditors are foreign financiers and lessors of the planes,” a source from one of PAL’s local creditor-banks said. “Lucio Tan (controlling shareholder) will put in fresh equity. Yes, they will need new lenders, too. It should not be a problem. Excess plane capacity and legacy costs are the main issues,” the source said.

Based on the latest financial statement of PAL’s parent holding firm, PAL Holdings, the group has about P11.5 billion in unsecured short-term loans from local banks and P35.66 billion in long-term debt.

According to banking sources, the key local creditors of PAL are BDO Unibank, Asia United Bank, China Bank and Philippine National Bank. The biggest interest-bearing liabilities come from the leasing of aircraft, amounting to P193.1 billion as of end-September. In total, PAL Holdings had P308 billion in liabilities as of end-September.

“People look at PAL’s balance sheet and see hundreds of billions in debt but only P35 billion (referring to long-term debt) is owed to banks—most are owed to suppliers and lessors of planes—and of this amount, only a fraction is actually owed to local lenders. Moreover, the move to secure US court protection is a necessary procedural step for the airline to return to profitability. This is why concerns on impact on local banking industry are likely exaggerated,” said Raymond Neil Franco, head of research at brokerage house Abacus Securities.