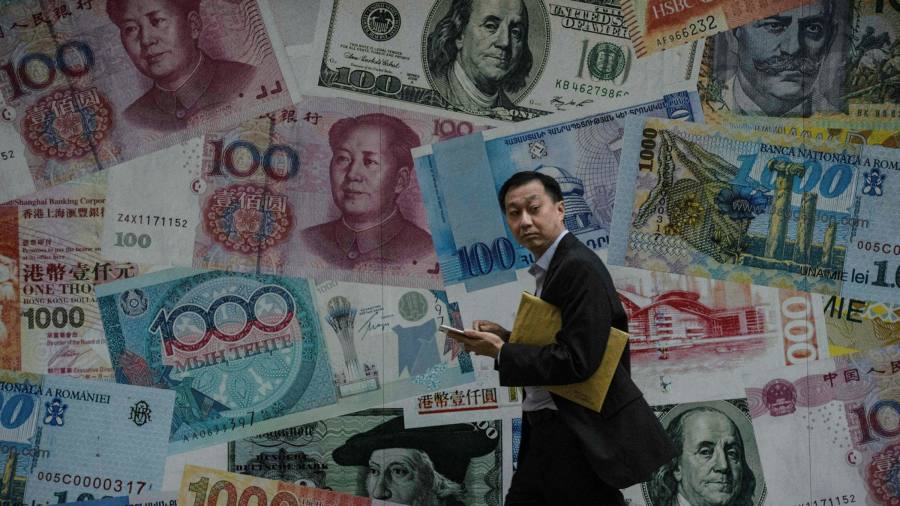 Global debt rose at an unprecedented pace in the first nine months of the year as governments and companies embarked on a “debt tsunami” in the face of the coronavirus crisis, according to new research.

The unprecedented pace of debt accumulation will leave the global economy struggling to reduce borrowing in the future without “significant adverse implications for economic activity”, the Institute of International Finance warned on Wednesday.

The total level of global indebtedness has increased by $15tn this year, leaving it on track to exceed $277tn in 2020, said the IIF, which represents financial institutions. It expects total debt to reach 365 per cent of global gross domestic product by the end of the year, surging from 320 per cent at the end of 2019.

Debt burdens are especially onerous in emerging markets, having risen by 26 percentage points so far this year to approach 250 per cent of GDP, the IIF said. The share of EM governments’ revenues spent on repayments has also risen sharply this year, according to IIF data.

This week Zambia became the sixth developing country to default or restructure debts in 2020. More defaults are expected as the cost of the pandemic mounts.

The G20 group of the world’s largest economies has launched an initiative that has so far allowed 46 of the world’s poorest countries to delay about $5bn in debt repayments due this year. They are also edging towards unlocking additional IMF funds for poorer nations.

But analysts said more action was needed to fend off the rising risk of a fiscal crisis in a large number of developing countries.

Luis Oganes, head of emerging market research at JPMorgan, said emerging economies ran the risk of rising inflation if they sought to monetise debt by buying their own bonds, as some have done this year, or of deflation if they allowed debts to rise too far.

“High debt levels will lead to zombie banks and zombie companies that constrain growth,” he said.

Since the start of the pandemic, leading central banks have cut interest rates and pumped monetary stimulus into the world economy, which has helped to lower borrowing costs worldwide. Despite this, collapsing tax revenues have made emerging market debts much harder to service.

Some $7tn of debt will have to be repaid by borrowers in emerging markets between now and the end of next year, according to IIF estimates, of which about 15 per cent is in US dollars, exposing debtors to the risk of currency fluctuations.

Emre Tiftik, IIF director of sustainability research, said debt levels had risen much faster than anticipated at the start of the crisis.

From 2016 to the end of September, global debt rose by $52tn; that compares with an increase of $6tn between 2012 and 2016. The pace of growth in global GDP changed little over that period until the onset of the pandemic triggered a historic recession.

The change in debt — without a corresponding change in the pace of output growth — “suggests we are seeing a significant reduction in the GDP-generating capacity of debt”, Mr Tiftik said. “Aggressive support measures will be with us for some time and will inevitably increase debt significantly.”

The rise in emerging market debt was driven by a surge in non-financial corporate debt in China, bringing total emerging market indebtedness to $76tn. Excluding China, the US dollar value of debts in other emerging markets declined this year, reflecting the falling value of local currencies against the dollar.

Mr Tiftik said financial institutions had tried to “build buffers against the Covid shock”. “A significant proportion of their new debts has been directed to clients, which has been very useful in absorbing the initial shock of the crisis,” he said.

Debts in advanced economies rose by more than 50 percentage points this year to hit 432 per cent of GDP by the end of September. The US accounted for nearly half of this; its debts are set to reach $80tn this year, from $71tn at the end of 2019.

Europe sees first dip in Covid-19 cases in months, but deaths up: WHO

A glimmer of hope in treating Alzheimer’s disease

Ravneet Gill’s recipe for a decadent Christmas chocolate and…