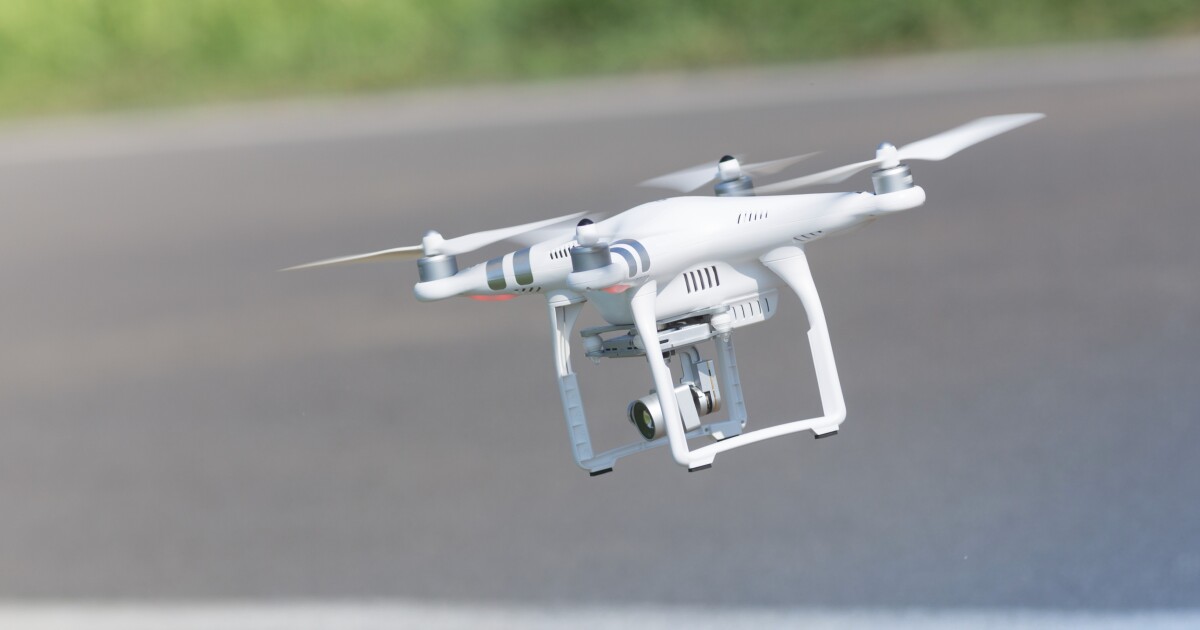 Ordinarily, quadcopter drones have to tilt their front end downward when flying forward, increasing their frontal area and thus increasing drag. An experimental new drone gets around this problem, by only tilting its rotors.

Developed by a team at the University of California – Berkeley, the aircraft is known as QUaRTM, which stands for “QUadcopter with an unactuated Rotor Tilting Mechanism.” It features a rectangular body with four arms, each arm incorporating a rotor/motor module at the end. Instead of being rigidly joined to the main body, the arms are all connected to it via spring-loaded hinges.

In this setup, when modest amounts of thrust are produced, the springs hold the rotors horizontally in line with the body. Once a high enough level of thrust is produced, however, the rotor arms overcome the force of the springs, temporarily tilting into the forward flight direction by up to 20 degrees relative to the rest of the drone.

This allows the copter to move forward while keeping its body horizontally level, reducing aerodynamic drag. And importantly, unlike some other tilt-rotor drones, its tilting mechanism requires no powered actuators – the thrust that’s already being produced by the rotors does all the work.

In outdoor test flights, the QUaRTM drone autonomously flew both with and without its tilting mechanism enabled. It was found that when the mechanism was enabled, the aircraft was able to reach a 12.5% higher top speed, plus it showed better high-speed agility (its maximum “crash-free cruise speed” was 7.5% higher). Additionally, its power consumption was over 20% lower in the speed range of 15 to 20 meters (49 to 66 ft) per second.

A paper on the research – which was led by Jerry Tang, Karan P. Jain and Mark W. Mueller – was recently published in the journal Frontiers. The drone can be seen in action, in the video below.