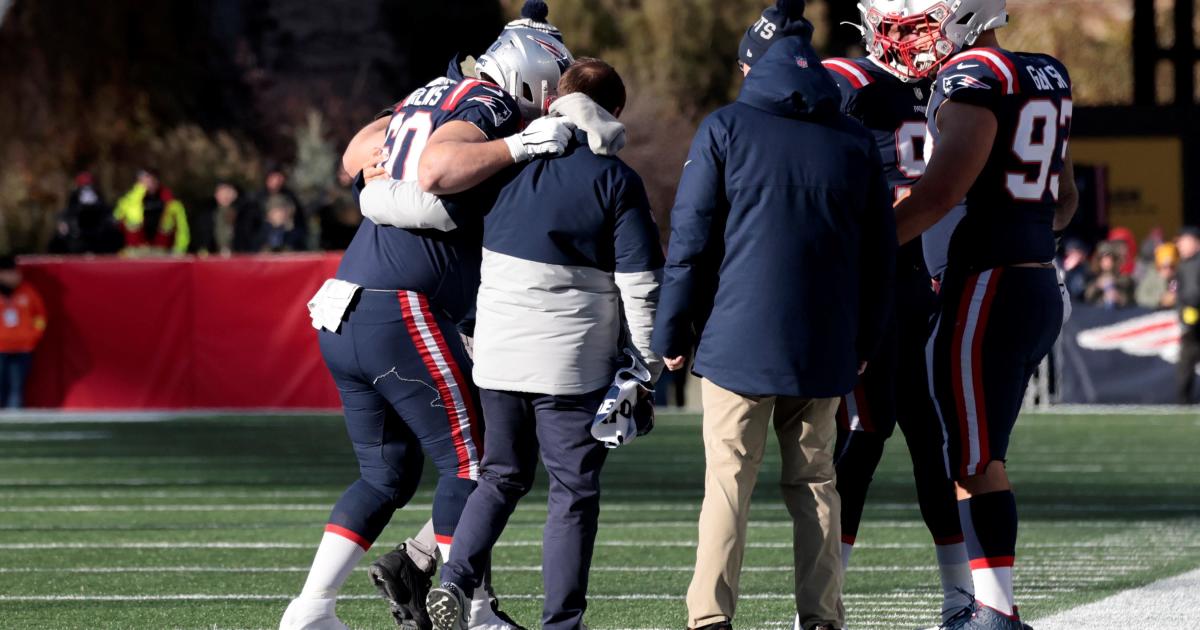 BOSTON — The Patriots did not practice on Monday. But with their next game being on Thursday night against the Vikings, they had to release an injury report on Monday as if they had practiced.

That projected injury report provided some updates on the statuses of two starters on the O-line: center David Andrews and tackle Isaiah Wynn.

Andrews left Sunday’s game in the first quarter with a thigh injury and did not return. An NFL Network report said the Patriots fear he may be out for the season, but Scott Zolak indicated that was a “bad report” and that Andrews shouldn’t be ruled out this week.

Yet if the Patriots had practiced on Monday, Andrews would not have participated.

Andrews was the only theoretical non-participant in Monday’s non-practice, while Wynn — who suffered a foot injury on Sunday after starting at left tackle over Trent Brown — would have been limited.

Wynn was one of five players — along with punt returner Marcus Jones, linebacker Anfernee Jennings, receiver DeVante Parker, and linebacker Josh Uche — who would have bene limited if the Patriots had practiced on Monday.

For the Vikings, cornerback Andrew Booth Jr. would not have participated due to a knee injury, while tackle Christian Darrisaw would not have practiced either. Darrisaw has already been ruled out for this week’s game after suffering a concussion on Sunday.

Three players — cornerback Akayleb Evans, linebacker Za’Darius Smith, and defensive lineman Dalvin Tomlinson — would have been limited at practice, while wide receiver Justin Jefferson would have been a full participate despite his toe injury.

Holiday Entertaining With Wild Game? Then Put These Wines In…