‘People are Following my Cricket Because of Chennai’: MS Dhoni-fan Kate Cross Speaks About Her Love for CSK 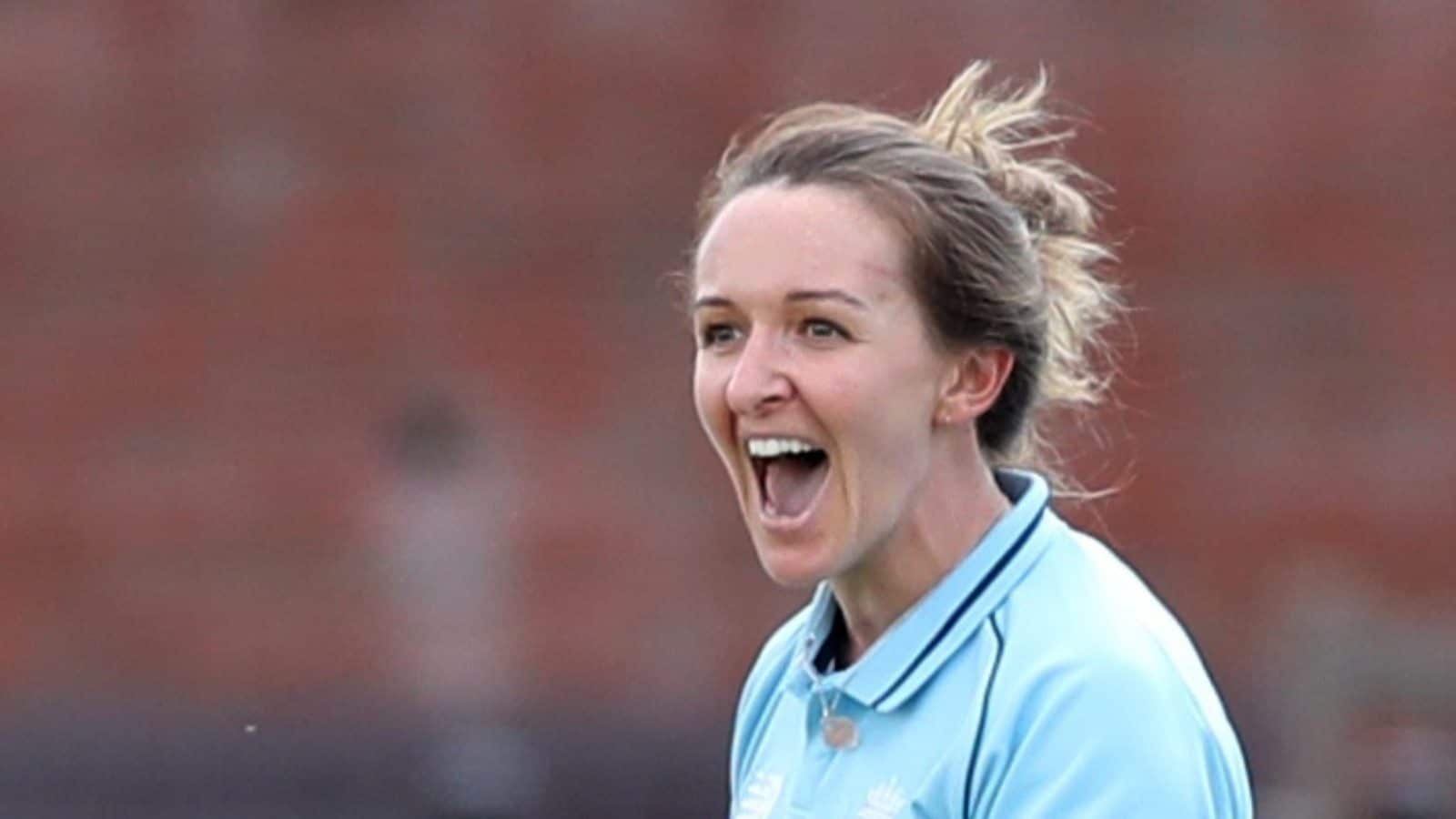 India is a country where cricket is no less than religion and the players are next to Gods. Going gaga over a particular player is an age-old trend but has become more evident since social media came into existence. One such cricketer who is worshipped by several thousands of people is former India captain MS Dhoni.

Dhoni’s career highlights comprise three ICC trophies – something that no other captain in the world has achieved so far. It’s been more than two years since he drew curtains on his international career, but cricket is still alive in him and it goes on display during the Indian Premier League when ‘Thala’ Dhoni walks out to lead the world-famous franchise Chennai Super Kings (CSK).

Reason behind calling CSK a globally renowned franchise is its fanbase across the globe. Not just any other follower of the game but even several foreign cricketers look up to this franchise and wishes to play for them someday, under the leadership of one of the sharpest but calmest heads in the cricketing circle.

Ace England speedster Kathryn Cross – fondly called Kate – is one of the million fans of CSK. By any chance, if you happen to stumble across her Instagram account, you will come to know her fandom for the franchise which has more than 19 million followers on social media. She has been supporting the 4-time IPL champions since their comeback season in 2018 and the Indian fans are also loving it so much.

In an exclusive conversation with News18 Cricketnext, Kate said following CSK has drawn the attention of numerous Indian fans towards her cricketing career. People in India have started realising that there is one women cricketer who plays for England, all because of the ‘Yellove’.

“I get so much feedback when I’m talking about the Chennai Super Kings. Honestly, the following from that team has even crossed over into my career because there are so many people who are following my cricket because of Chennai, it’s really special. I think that is something the group could be proud of that they have those amazing fans who are willing to support anyone and anything related to [the team]. I think, it’s pretty amazing,” Kate told News18 Cricketnext.

Speaking of Dhoni’s aura, Kate didn’t forget to mention the legendary wicketkeeper-batter’s leadership skills that have made a million people fall in love with him. The terms – ‘Cool-headed’, ‘Captain Cool’, etc. came into existence due to him and the England quick also agrees to it.

“I think everyone is a MS Dhoni fan who supports CSK. I don’t know if I know anyone who doesn’t like him as a person or as a cricketer. I’ve just always looked at the way he has led his team. He looks really calm and collective. I’ve been a captain myself and I know how stressful those situations could be to be able to show that even if you are not feeling it is quite a skill.

“Obviously, he has been such a servant to his country and the team he plays for. He is a great player when I talk about international cricket. You’ll always feel anything could happen when he is out there playing which I think, is a mark of a really special player,” Kate said.

The 30-year-old is currently playing a 3-match ODI series against Harmanpreet Kaur-led Team India in England. The hosts lost the opening encounter on Sunday by 7 wickets after the trio of Smriti Mandhana, Yastika Bhatia and captain Kaur came up with rollicking knocks, finishing the chase of 227 successfully.

England women had a tough outing in Hove as their batting struggled big time while the bowling lacked the spark as well. Kate, who returned figures of 2/43, said the team has learned its lesson and will hopefully come back stronger in Wednesday’s game in Canterbury.

“We didn’t have enough runs on the board. It was pretty obvious that we fell short. But we knew if we get early wickets, we may have a chance. Obviously, Smriti hit us in the right areas. India, actually, played very well. I thought, they bowled particularly well upfront. We weren’t just able to counterattack. We couldn’t bowl well either. So, not our best game.

“We need to extend our partnerships a little bit. If we get 30-40 runs more on the board, the game on Sunday would’ve been a lot closer. With the bowling department, we probably need to be tidy a little bit,” Kate said.

Smriti and Yastika forged a 96-run stand for the second wicket that laid the foundation of India’s 7-wicket win. Later, Harmanpreet sored an unbeaten 74, taking India women home with 34 balls to spare. Kate, who got the better of Mandhana for 91, credited India’s batting, adding that the England bowlers will look to put pressure on the opponents in the next game.

Denial of responsibility! Pedfire is an automatic aggregator of the all world’s media. In each content, the hyperlink to the primary source is specified. All trademarks belong to their rightful owners, all materials to their authors. If you are the owner of the content and do not want us to publish your materials, please contact us by email – [email protected]. The content will be deleted within 24 hours.
Chennai Super KingsCSKengland cricket newsengland women cricket teamiplKate Crosskate cross agekate cross csk
0
Share