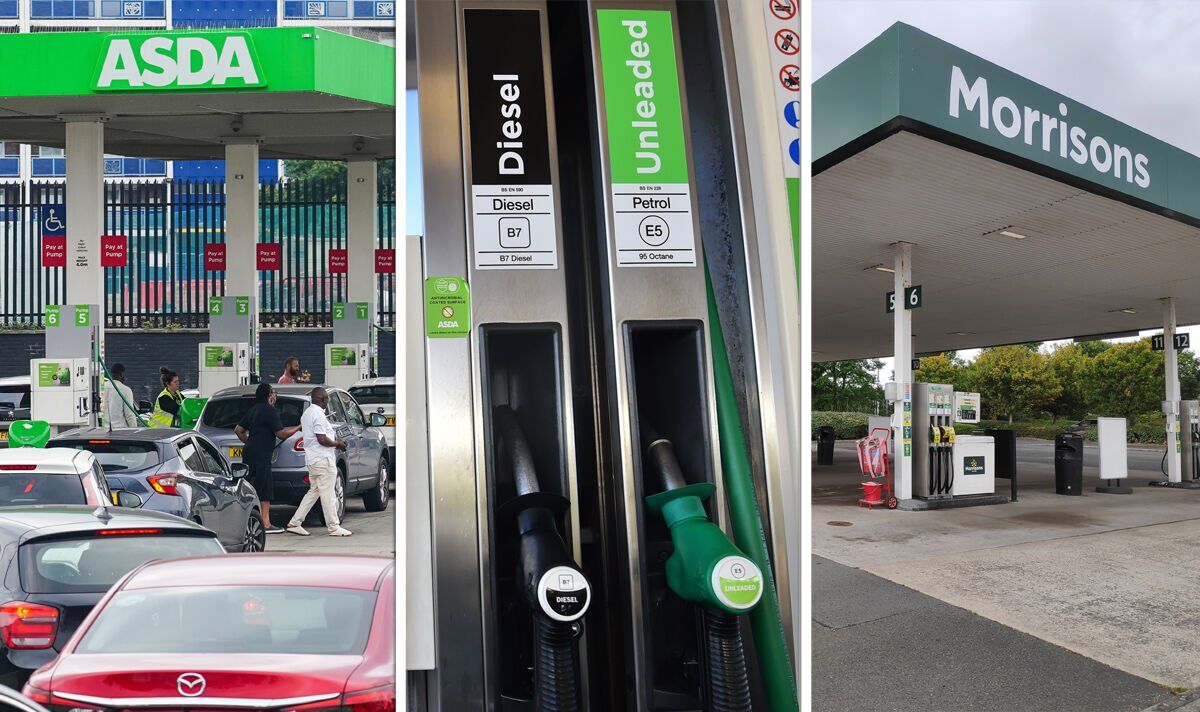 However, the day before the start of the Ukraine war (23 February), petrol across the UK averaged 149.43p a litre.

Drivers have complained to the AA about diesel costing 20p a litre more than petrol in many places, and wholesale costs support that.

However, the price difference between the two fuels varies widely and shopping around to find cheaper forecourts can pay off significantly.

Luke Bosdet, the AA’s fuel price spokesperson, commented on the data, saying the weakness of the pound was “critical” to prices.

“However, it is possible to slash 10p off the average price of petrol if you are lucky enough to live near or drive past a competitive forecourt offering their fuel at less than 155p a litre.”

Big oil company fuel stations have led the way in price cuts this month, perhaps spurred on by the praise and success of small independent sites slashing their prices below the supermarkets.

In response, Mr Bosdet questioned: “Or were the bigger retailers shown up and embarrassed by much smaller forecourts that lacked the same volumes of fuel sold and therefore economies of scale?”

All told, the gap between the price of supermarket and oil company fuel has closed markedly.

Of particular note is Jet undercutting all the supermarkets on petrol.

On top of that, the recent drop in wholesale costs has spurred those aggressively-competitive small independents to once again lead the charge on substantially lower prices.

For a while, the summer petrol bargains of less than 155p a litre at maverick forecourts on holiday routes disappeared.

Now they are back, and this time there are places they appear to be dragging down local supermarket pump prices also.

In July, the Competition and Markets Authority told the UK Government to “get on with implementing it”.

In Thursday’s fuel price update, six of 27 towns and cities in Northern Ireland have filling stations selling petrol at less than 155p a litre.

Little wonder then that Northern Ireland is the only part of the UK with average petrol prices below 160p a litre and diesel 3p a litre cheaper than the average across the country.

'Curry is one person I'm going to blame:' Andre Iguodala will return to Warriors for 19th NBA season

How Long Does the Flu Last? What to Know About Recovery

Aries Should Postpone The Trip, Scorpio Might go on a…