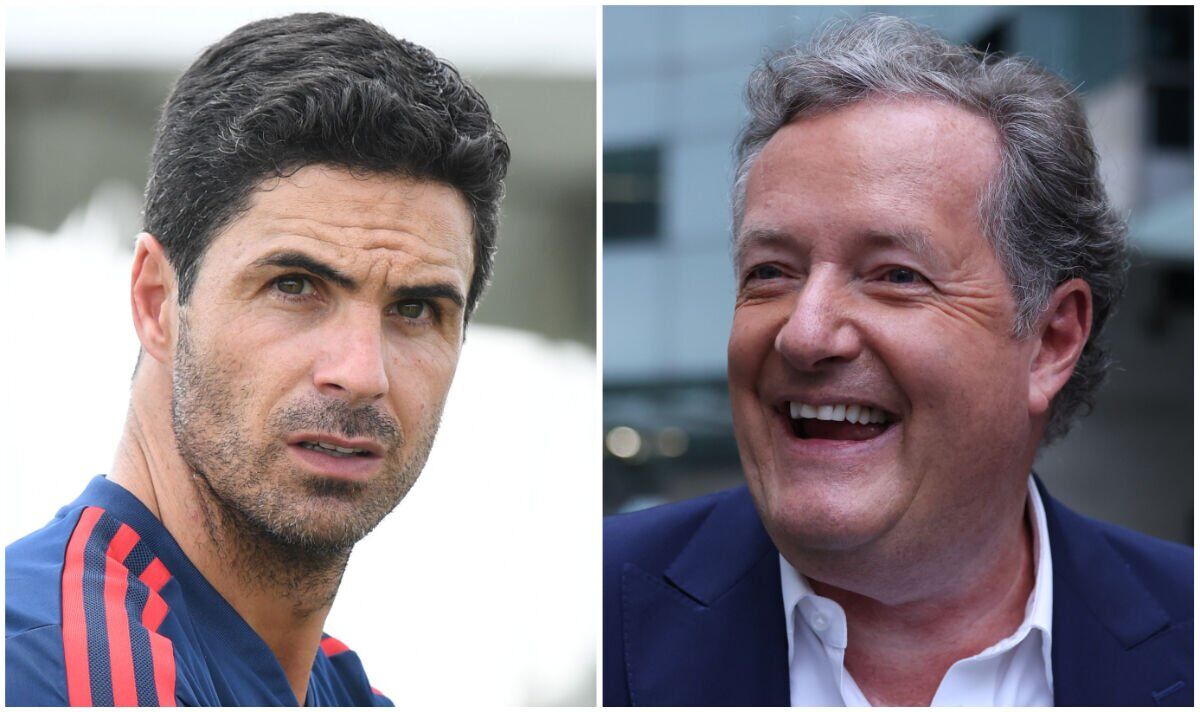 Arsenal fan Piers Morgan has claimed that Gunners boss Mikel Arteta is a “weirder, bossier Pep-lite rookie” and admitted that he does not want to watch the club’s Amazon documentary. The ‘All or Nothing: Arsenal’ series released the first three episodes on Thursday, but Morgan does not want to relive last season after being pipped to fourth place by north London rivals Tottenham.

The broadcaster has tipped his side to finish in the Champions League places this season however, but still believes they will finish below Spurs once again ahead of their opening Premier League game of the season away to Crystal Palace on Friday.

“I fear they have a stronger, smartly reinforced squad,” Morgan wrote in The Sun. “The best strike force duo in Harry Kane and Son Heung-min, and in their magnificently volatile manager Antonio Conte, a natural-born winner who, unlike Mikel Arteta, will view coming third as a humiliating failure.

“However, I’m more optimistic about Arsenal’s chances than for years. [Gabriel] Jesus looks like the divine intervention we’ve been craving upfront since the Pierre-Emerick Aubameyang debacle, and a midfield bursting with youthful talent like [Oleksandr] Zinchenko, Martin Odegaard, Bukayo Saka and Emile Smith Rowe is exciting.

The Arsenal boss was branded “pathetic” by former Aston Villa striker Gabby Agbonlahor for a training ground tactic that was showcased in a teaser for the docu-series. Arteta blasted the Liverpool anthem You’ll Never Walk Alone during a training session ahead of his side’s trip to Anfield last season.

The Spaniard claimed it was one of his “crazy ideas”, however, the trick didn’t pay off as his side were beaten 4-0 by the Reds. “First of all, this documentary is going to be funnier than a Kevin Hart standup,” Agbonlahor told talkSPORT. “That is the most pathetic thing I’ve seen. If I was on that pitch training I would probably find it funny. You’d be laughing with your teammates.

“When they are playing in the Europa League and playing Fenerbahce away, are they going to get flares for the training ground and drums? Someone coming in to play drums while they are training? Honestly, it’s ridiculous. The players are not going to be on board with that.”

10 Beautiful And Easy Mehndi Designs To Make Your Rakhi More…

After Will Smith’s Apology, Chris Rock’s Brother Speaks Out…