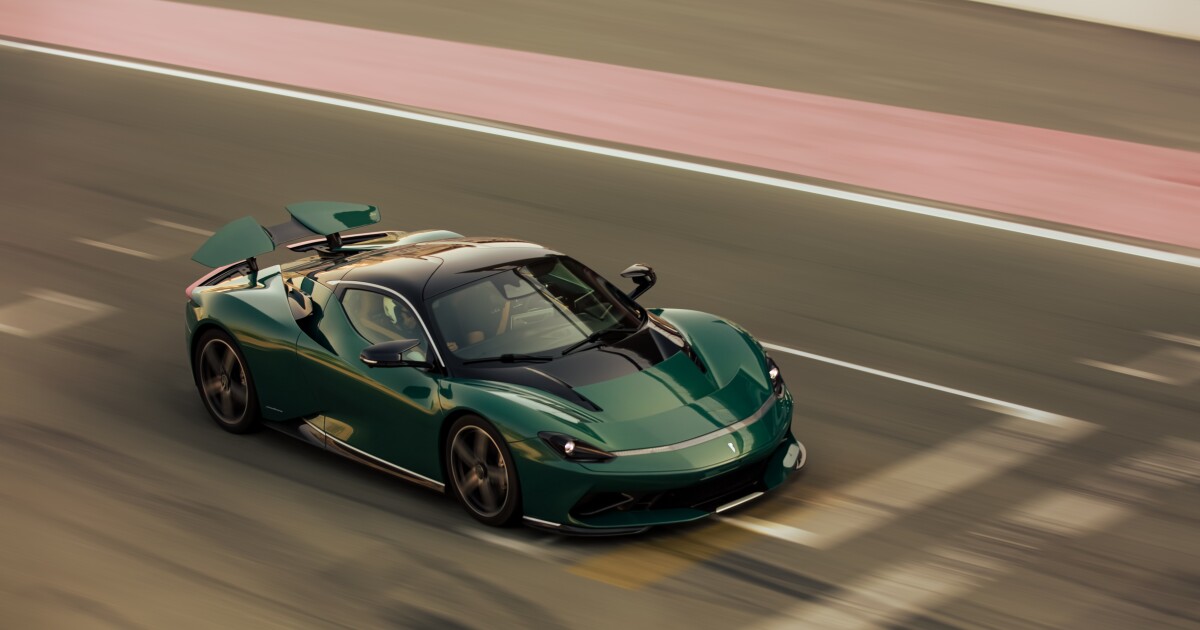 It seems Rimac has been beaten by its own mighty powertrain. The Rimac-powered Pininfarina Battista electric hypercar has just snatched the production car acceleration records from 0-60-120 mph (and 0-100-200 km/h), and it’s set a braking record too.

The previous best was the Rimac Nevera, which measured a 1.9-second 0-60-mph mark in August last year on a prepped drag strip. The Battista is built on a Rimac powertrain, but specified for a measly 1,900 horsepower instead of the Nevera’s far more substantial 1,914 hp. The Battista weighs less, at about 2,063 kg (2,548 lb) to the Nevera’s 2,150 kg (4,740 lb), but since both electric hypercars are so wildly overpowered, maybe it’s traction that separates them. Pininfarina uses Pirelli, Rimac uses Michelin, and Pininfarina says it uses a “unique launch control technology.”

Sadly, the Battista didn’t record a full quarter mile, so we can’t see if the Nevera would catch up and take a drag race due to its higher outright top speed.

The Battista did manage to set another record on the day, though, claiming the world record for the fastest-braking EV by pulling up from 100 km/h (62 mph) in just 31 m (102 ft). For reference, SupercarLists quotes the 2020 Mercedes-AMG GT Black Series as taking 28 m (92 ft), making it the outright production street car stopping champion. I guess weight is the enemy here; the Black series weighs around 75% of what the Battista does, lugging a 120-kWh battery pack designed for some 500 km (310 miles) of range autonomy.

Check out a video below.