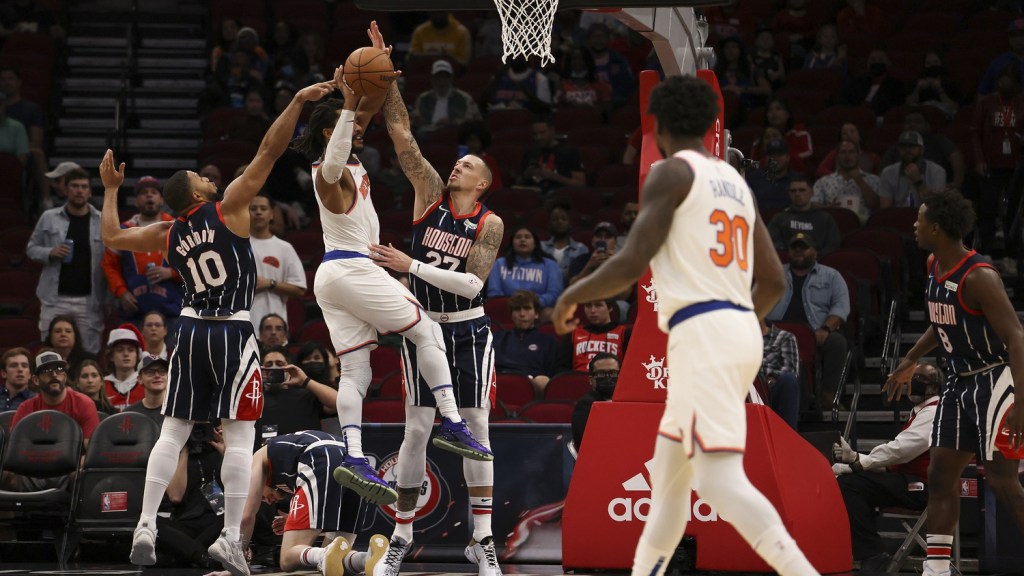 For additional interviews with players, coaches, and media members, be sure to like and subscribe to the HoopsHype podcast on Spotify, Apple Podcasts, and anywhere else you listen to podcasts.

The Rockets (12-31) entered Thursday with the worst record in the Western Conference and with a clear emphasis on developing young prospects like Jalen Green and Alperen Sengun. Thus, they are viewed as one of a limited number of NBA teams who are already determined to be deadline sellers, particularly for veteran players. Here are some snippets of their conversation, as it pertains to Houston (19:13).

Scotto: Some playoff-caliber teams are monitoring Eric Gordon and Daniel Theis with the Houston Rockets, given where they are in the standings, as guys they could potentially sell.

Gordon, when healthy, has still shown an ability to score and shoot the ball. Theis, what he brings to a team are the intangibles with things like screen assists, doing the dirty work like boxing out, etc. He’s a winner and showed that in Boston. There are playoff-caliber teams that would like to acquire both of these guys.

Gozlan: Despite how Theis’ experience in Houston hasn’t worked out, I still think he’s on a good deal, and there should be other teams that should have interest in him. Same with Gordon. He only has one more guaranteed year left on his deal and has remained good and more efficient on less volume shooting.

Gordon has the larger contract by annual value, at approximately $19 million per season, but it’s also shorter in length, and he’s clearly the more productive player. Gordon’s contract will run out after next season (2022-23) unless his team wins the NBA championship in either of the next two years, in which case an extra season would be triggered.

Denial of responsibility! Pedfire is an automatic aggregator of the all world’s media. In each content, the hyperlink to the primary source is specified. All trademarks belong to their rightful owners, all materials to their authors. If you are the owner of the content and do not want us to publish your materials, please contact us by email – [email protected]. The content will be deleted within 24 hours.
daniel theiseric gordonhoopshypehouston rocketsNBANewsrafael stone
0
Share