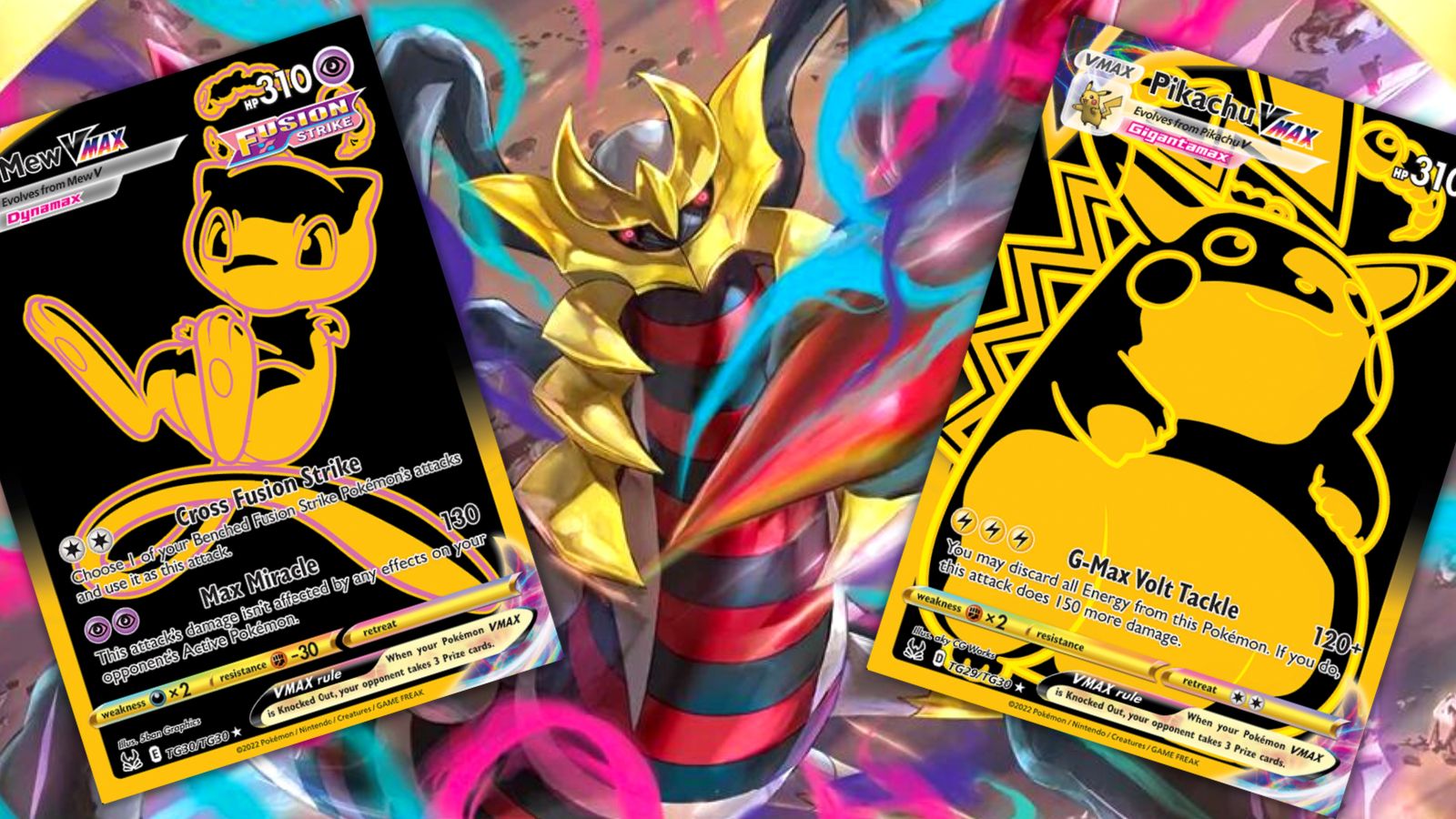 One Pokemon Trading Card Game fan showed off their incredible luck with the Lost Origin set after pulling a few rare cards.

Alongside a myriad of different holographic cards, the Lost Origin set features some beautiful full art cards of both Trainers and Pokemon.

Now, one Pokemon TCG collector showed off some of their lucky pulls from the Lost Origin set, which includes one of the most valuable cards in the entire expansion.

Twitter user CBADgg posted a picture on Twitter with the caption “Lost Origin has been pretty good to me so far.”

While all three cards are certainly quite rare, the Giratina V card is definitely the crown jewel of those lucky pulls.

When speaking about the value of each individual card in the Lost Origin set, the Giratina V Alternate Full Art card alone is valued at over $200 by Pokemon TCG collectors.

For context, the total set features over 247 cards of varying rarity, meaning the odds of pulling these three cards without a lot of investment is quite low.

Though compared to other ridiculously expensive Pokemon cards like the $30,000 vintage Charizard card, a $200 card from a brand new Pokemon set is still very valuable.

Considering rare Pokemon cards appreciate in value over time, that Giratina V card may end up with an insanely high price tag as well someday.

Still, some fans simply enjoy collecting cards as a hobby and have no desire to sell them. Regardless of how CBADgg chooses to handle their cards, that impressive luck is something to value in and of itself.

The Benefits of Stretching While Traveling