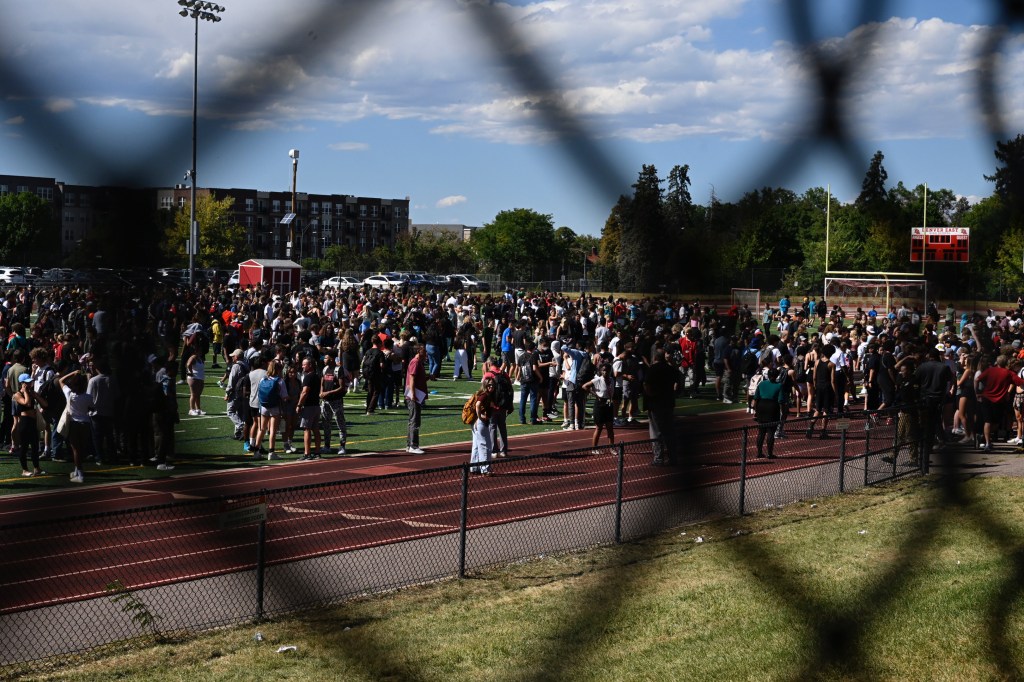 Denver police responded to East High School on Monday afternoon on a report of a threat at the campus, but said it so far has proven to be “unfounded” and there have been no reports of injuries.

A large police presence could be seen outside the school Monday afternoon. Police only said on Twitter that it was an “active scene” and that they would post further updates.

Dozens of teens were being escorted out of school, walking calmly. The school district asked parents to go to the large statue in City Park.

One young person was seen in handcuffs being escorted away from the school by a police officer.

ALERT: Large police presence in the area of East High School on a report a threat at the school. At this point, the threat has been unfounded — no reports of injuries. This is an active scene. We will post updates to this thread as made available. #Denver pic.twitter.com/C5u42jJ7tF

Steve Katsaros, whose 15-year-old son is a sophomore at East, said a faculty member texted him a picture of SWAT cars in front of the school.

“What parent wouldn’t lose their (expletive),” he said.

Katsaros expressed disappointment in school and district administration for what he said was a lack of information about Monday’s incident.

The large police presence comes just days after authorities arrested two teens in connection with a double shooting on East Colfax Avenue, just around the corner from East High.

Police said a fight broke out Sept. 7 between the two teens and an adult man before one of the suspects fired a weapon. The adult, 20, and an uninvolved juvenile bystander were hit by the gunfire and taken to the hospital.

This is a developing story that will be updated.

Vitamin B12 deficiency: Symptoms include disturbed vision – ‘See a GP’