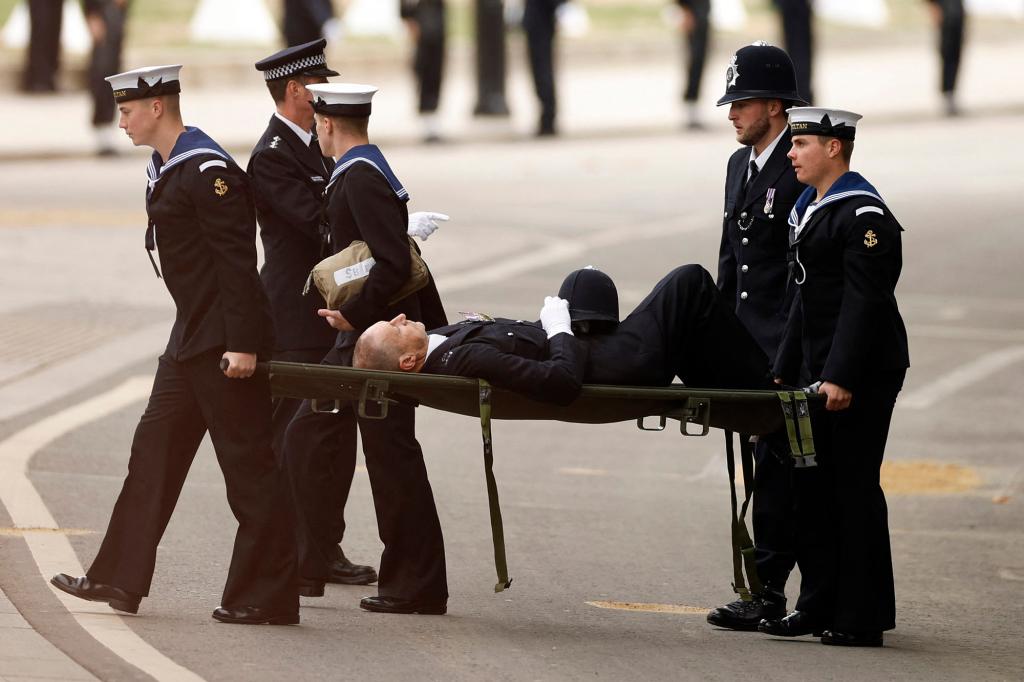 A police officer went down while on duty for Queen Elizabeth’s funeral on Monday.

A ceremony honoring and putting the late royal to rest occurred on Sept. 19 at Westminster Abbey in London.

The officer fainted during the services and had to be carried away on a stretcher.

He collapsed before the funeral procession strolled down the Mall and he fell by Parliament square.

His current state is unknown, however, his condition does not seem to be dire, The Mirror reported.

The event occurred just as guards were starting to change positions, and he looked to be swaying before falling moments later.

Before medics arrived, two police officers sped over to help him up.

On Sept. 14, a royal guard who was standing by the monarch’s coffin while she was lying in state at Westminster Hall, also fell while on duty.

A viral clip showed the man — who was wearing a black uniform and holding a staff — stumbled from his position on the raised platform (called a catafalque), where Her Majesty’s coffin stood.

He was quickly aided by medics and brought to his feet.

The Queen’s funeral took place today, over 10 days after her death on Sept. 8.

Dignitaries, politicians from around the world as well as many members of the royal family paid tribute to her long reign and life today.

Petrol and diesel fuel economy issues over winter will cost…

Warhammer: 40,000 Darktide will bring your PC to its knees