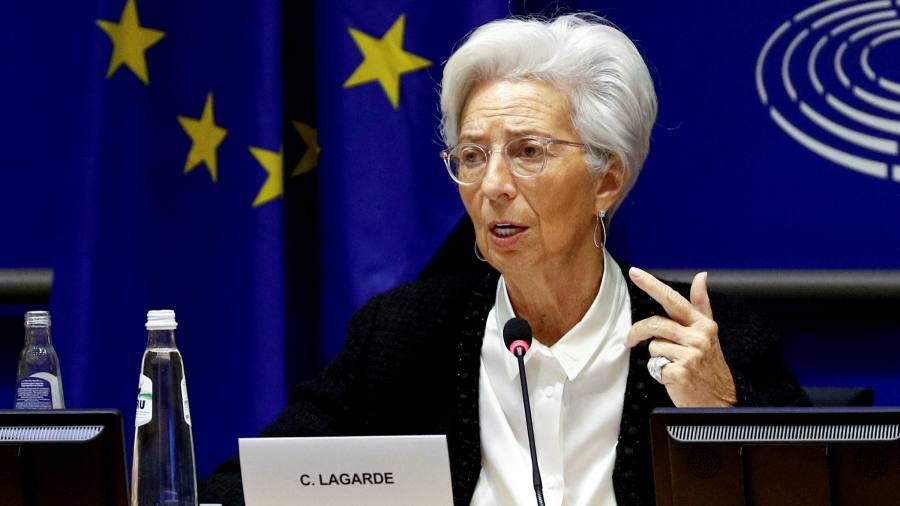 Portugal’s 10-year bond yield fell below zero for the first time on Thursday, as expectations of further asset purchases by the European Central Bank continued to stoke a relentless rally in eurozone debt.

Investors expect the ECB to expand its €1.35tn emergency bond-buying programme at next month’s policy meeting as it seeks to dull the economic effects of a second wave of coronavirus infections.

Minutes from the ECB’s October meeting, published on Thursday, confirmed policymakers’ concern about a weakening outlook, saying that risks to the economy are “clearly tilted to the downside”.

That prospect of further stimulus has buoyed sovereign bonds across the euro area, particularly those which offer significant extra yield — or spread — over and above Germany’s deeply negative-yielding debt.

There’s no point trying to fight this move . . . this debt will disappear into the ECB’s coffers for a long time

The yield on Portugal’s 10-year benchmark bond fell marginally into negative territory on Thursday, according to data from Tradeweb, meaning investors are now, in effect, prepared to pay Lisbon to borrow for a decade.

“There’s no point trying to fight this move,” said Ludovic Colin, a fund manager at Vontobel Asset Management who holds Portuguese government bonds. “The market assumes this debt will disappear into the ECB’s coffers for a long time to come.”

Portugal’s economy has been hit hard by the Covid crisis, with Fitch expecting output to shrink by 8.8 per cent in 2020. Along with the extra government borrowing needed to fund the response to the pandemic, that will raise Portuguese public debt to 136 per cent of output by the end of the year, below only Greece and Italy in the eurozone, the rating agency said last week as it affirmed Lisbon’s triple-B credit rating.

Even so, investors have been increasingly willing to disregard ballooning debt ratios in the eurozone and beyond, confident that central banks will absorb some — or even all — of the extra supply of debt hitting the market while holding interest rates at all-time lows.

For Portugal, joining the negative yield club caps a striking turnround since its international bailout in 2011, at the height of the eurozone debt crisis. Among the larger markets in the currency bloc, only Spain, Italy and Greece now offer a positive yield to investors over 10 years.

The recent decline in yields is also the latest sign that southern Europe’s heavily indebted economies are shedding the stigma they suffered from a decade ago, when investors speculated on the break-up of the eurozone by selling their bonds.

“Investors aren’t dividing up the eurozone into core and periphery like they did a few years ago,” said Pooja Kumra, a rates strategist at TD Securities. Portugal has also benefited compared with larger economies like Italy and Spain from its relatively light funding needs, she said, given 40 per cent of its debt is still in the hands of official creditors such as the IMF. This debt, a legacy of the bailout, is mostly long-term and at very low interest rates.

The Cure debut new songs and welcome Perry Bamonte back to…

How JoJo Siwa Knew She Was Gay