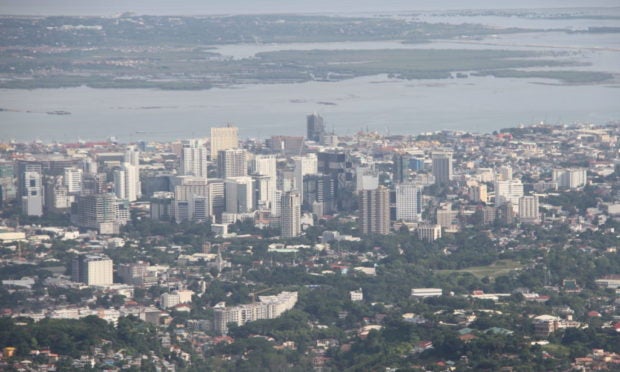 Colliers remains optimistic about the growth prospects of the Philippine property market in 2021.

Several key indicators point to some glimmer of optimism. Overseas Filipinos continue to send in money; foreign investments are starting to rise; mortgage rates remain low; employment figures are starting to improve; demand for mid-income, upscale and luxury condominium units holds firm; while queries for office spaces are starting to gain traction. These complement the positive and recent news about the production of an effective vaccine against COVID-19.

In our view, the property sector’s growth over the medium to long term will be anchored on the improvement of the country’s infrastructure backbone and further decentralization of economic activities. Among the property investments hubs likely to anchor a strong recovery next year are Cebu and Davao.

Over the past few years, we have observed the transformation of Cebu’s skyline with large-scale residential, commercial, retail and hotel developments. The property boom in Cebu offers an alternative metropolitan-paced business lifestyle at a discount to Metro Manila.

Its real estate sector is actively participated in by both local and national developers. This is particularly true for Cebu’s residential market. Undoubtedly, the proliferation of national developers in Cebu has raised land and property values. Over the past few years, the “invasion of giants” has complemented the rising demand for integrated communities and upscale, resort-oriented condominium developments. Meanwhile, demand for house-and-lot, and lot only projects remains stable.

Cebu is recognized as the premier investment destination outside of Metro Manila and has undergone significant transformation over the past few years. We see Cebu’s contribution to the country’s economic output rising in the near term, especially once the pandemic wanes and market outlook starts to improve.

Meanwhile, Davao remains a frontrunner in capturing investments outside Metro Manila. In our view, the local economy is ripe for further expansion and development. With a thriving real estate market, an abundant pool of quality labor, and a competitive business environment, Davao is set to attract future property investors to operate in the area.

Colliers believes that Davao will remain an attractive property investment destination even after the current administration’s term due to spillover effects of increased infrastructure spending and renewed investor interest.

Demand moves in step with supply

Colliers International Philippines data show that for the two prime locations, condominium demand has been moving in step with supply.

As of the second quarter of 2020, condominium projects in both Cebu and Davao have sold 90 percent of total inventory.

Over the next few years, Colliers believes that the competitiveness of Cebu and Davao residential markets will primarily hinge on Metro Manila-based businesses’ business continuity plans and the continued development of integrated communities and public projects.

In our opinion, landlords in Cebu and Davao should comprehensively assess the space requirements of outsourcing occupants planning to open shop or expand. Spaces within the Cebu IT and Business Park as well as the fringes are among the more attractive options due to availability of Peza space. In Davao, some 15,000 sqm of new Peza space will be available from 2020 to 2022. This trend should result in a greater condominium demand in Davao and Cebu especially once the pandemic wanes and the market sentiment improves.

Colliers believes that Cebu and Davao remain as preferred business destinations outside Metro Manila due to their competitiveness in terms of manpower, infrastructure and cost of doing business. In Tholons’ 2020 survey of the 100 most attractive outsourcing sites in the world, Cebu ranked 15th. Both Cebu and Davao are also among the most competitive cities in the country.

We believe disaster resiliency is likely to be among the major considerations of outsourcing firms when choosing alternatives to Manila. In this category, Davao will likely be a key option as it is ranked as the third most disaster-resilient city in the country according to the Cities and Municipalities Index 2019, only behind Iloilo and Cagayan de Oro.

Davao and Cebu are major beneficiaries of the government’s Build, Build, Build program. Colliers believes that developable land around the proposed Davao Coastal Road, Davao Monorail, Mindanao Railway Project (MRP) and the Davao Bus Rapid Transit (BRT) should further be assessed for their feasibility for township projects that feature condominiums and offices.

Cebu is also among the major beneficiaries of the government’s massive infrastructure program. Several public projects have been lined up by national and local governments and these should improve access between residential communities and core business locations. The projects include Cebu-Cordova expressway, Cebu bus rapid transit, Cebu monorail and Metro Cebu expressway. Once completed, these projects should have a positive impact on office leasing and property price appreciation.

At present, the major concern is the economic impact of the COVID-19 pandemic on both investor and end-user appetite for residential units. In our opinion, the slower leasing of office space is indicative of businesses’ wait-and-see stance and this cautious outlook is likely to spillover to the condominium market.

Colliers projects a rebound in residential demand in 2021 and thus sees a faster pace of price increase from 2021 to 2022 to reflect a stronger residential market during the period.


Cebu and Davao are likely to become major beneficiaries of the government-projected recovery next year, being among the largest metropolitan areas outside Metro Manila. A pick up in OFW remittances during the period should also stoke the house and lot, and lot only markets, which are primarily driven by end-user demand.