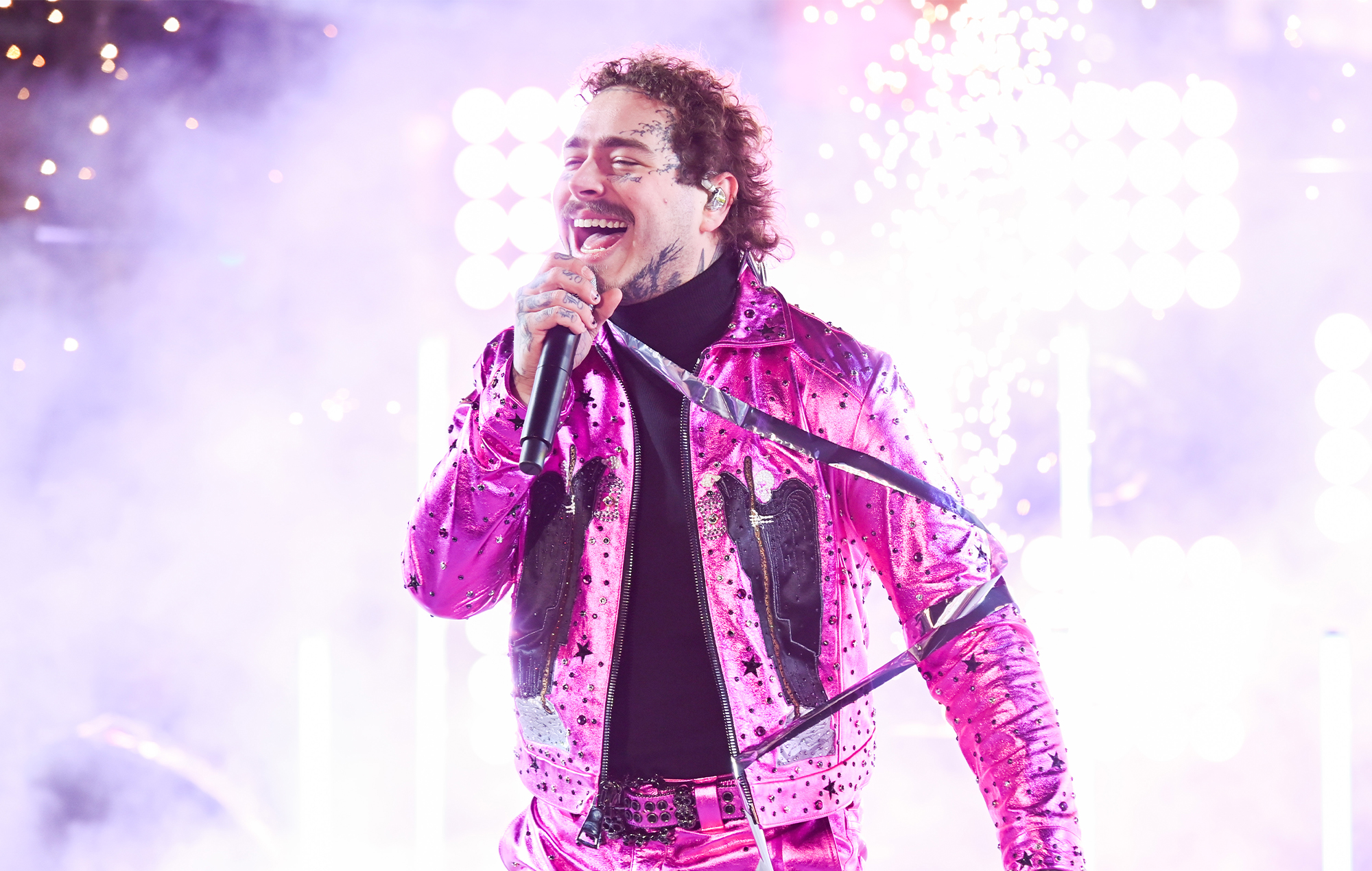 Post Malone suffered a fall at his show in St. Louis over the weekend, injuring his ribs when he tripped into a giant hole in the middle of the stage.

The rapper and singer (real name Austin Post) was performing his 2019 hit ‘Circles’ when he appeared to miss the middle section of his stage setup – a small, circular platform in the arena’s standing floor left open to store the equipment for an acoustic section of his set.

Post fell into the hole, slamming his ribcage and right arm against the stage as he caught himself. He quickly pulled himself back onto the stage, screaming and writhing on his back while paramedics rush over. The song stopped within seconds, and Post was taken off the stage. According to Consequence, he reemerged around 15 minutes later, finishing up his set while he held his chest.

Have a look at some crowd-shot footage of the moment below:

Posty fell on the stage tonight. 😖 Seems like he’s okay, and back performing. #TwelveCaratTour

Post Malone made a few more die hard fans when he fell through a hole in the stage cracking 3 ribs. Fans said he came back out on stage after 10 minutes saying he was sorry & hurting so bad he was crying, then someone gave him a beer and he finished the concert.#PostMalone pic.twitter.com/eFZBn8TffU

Because of the time he spent being tended to by medical staff, Post was forced to cut six tracks from his setlist. He’ll make that up to fans in St. Louis at the next show he plays there, however, as he said in a new video shared to social media: “Next time I’m around this way, we’re gonna do a two-hour show for you to make up for the couple songs that we missed.”

Also in that video, Post explained the situation that led to his fall: “Whenever we do the acoustic part of the show, the guitars on the guitar stand goes down and there’s this big ass hole, so I go around there and turn the corner and bust my ass. It winded me pretty good, it got me pretty good.”

Post went on to assure his fans that “everything’s good” and he hasn’t suffered any significant injuries, though he was taken to hospital after the show ended. “They gave me some pain meds and everything so we can keep kicking ass on the tour,” he noted, thanking concertgoers for their “patience” and “putting up with my dumb ass”.

love you guys so much 💕 pic.twitter.com/eneJWf30fM

Post’s ‘Twelve Carat Tour’ will continue in Columbus, Ohio tonight (September 18), with a further 32 dates on the itinerary for the North American leg. He’ll follow it up with a five-date run of shows in Australia and New Zealand, where he’ll take to stadiums alongside the Red Hot Chili Peppers.