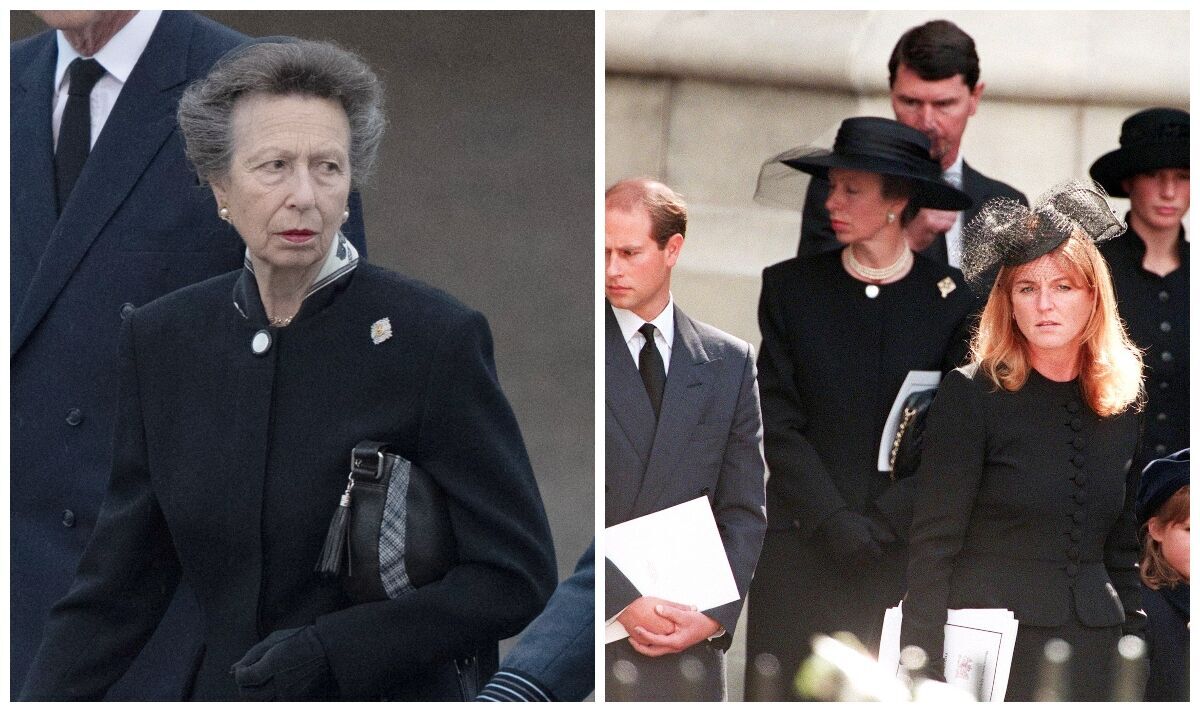 Princess Anne, 72, has donned a series of all-black outfits since the Queen’s death. However, one outfit, in particular, has sparked the interest of fashion-forward royal fans.

Whilst in Edinburgh on September 13, Princess Anne looked poised and elegant in a sleek black jacket fastened with a pearlescent pin.

It consisted of a smart ebony pencil skirt, sheer tights and an understated black headpiece.

However, it’s not the first time Anne has donned the peplum-style jacket.

The mother-of-two previously wore the garment, which is at least 25 years old, at the funeral of Princess Diana in 1997.

This fashion choice proves the royal’s style is truly timeless.

Princess Anne was a champion of sustainable style long before the trend became mainstream.

Where consumers are now encouraged to recycle, buy vintage and rewear their wardrobe, the thrifty Princess Royal has been a sustainable style trendsetter for decades.

Though the elegant jacket is likely to have been tailored for the royal rather than bought second-hand, her dedication to her timeless style and fuss-free approach to life makes her approach to fashion all the more iconic.

The royal previously told Vanity Fair that she chooses to recycle styles “because I’m quite mean”.

She added: “I still try and buy materials and have them made up because I just think that’s more fun.”

READ MORE: Ring of steel for Queen as 10,000 police officers descend on London

She added: “It also helps to support those who still manufacture in this country.

“We mustn’t forget we’ve got those skills, and there are still places that do a fantastic job.”

During a difficult few days in Scotland, the royal was armed with a ‘Balmoral Blue Jura’ handbag laced with a tartan trim, quickly recognised as one from the Balmoral gift shop near the Queen’s royal estate.

“I love this,” wrote an eagle-eyed royal fan on Instagram.

“You know she didn’t have a black purse with her when the Queen unexpectedly passed away so she just sent someone to get one from the gift shop and went about her duties.”

“This is what I love about Anne,” read a second comment.

Princess Anne has said she was “honoured” to have been with her mother, Queen Elizabeth II, when she died.

In a heartfelt statement issued just days after Her Majesty’s death, the 72-year-old royal said: “I was fortunate to share the last 24 hours of my dearest Mother’s life. It has been an honour and a privilege to accompany her on her final journeys.”

KRK Says He Wants To Join RSS, Netizens Troll Him With His Old Tweet That Said, “These Communal Organisations With Destroy India Completely”

Maha Panchami 2022 Date & Significance: From Bilva Nimantran Puja to Kalparambha Ritual, Everything You Need To Know About This Auspicious Celebration During Durga Puja

Bigg Boss 16: Ankit Gupta talks about his relationship with…