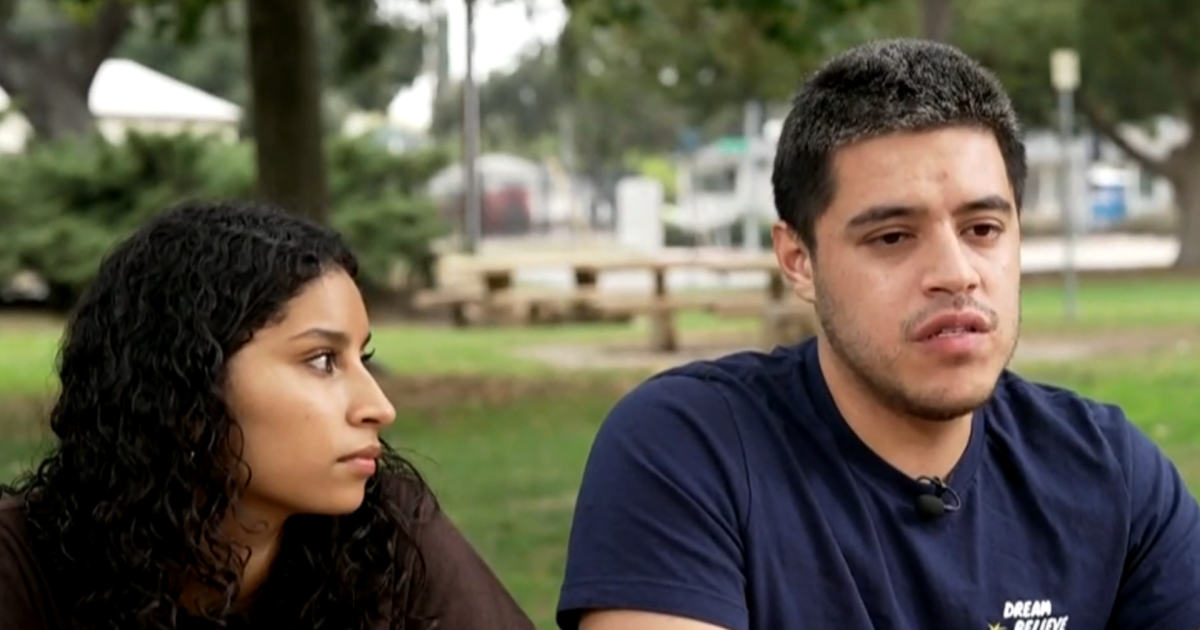 Los Angeles — At 17, high school senior Julie Penafort could have been just another lost child bouncing around California’s foster care system. Instead, she found hope through First Star Academy at the University of California, Los Angeles.

The privately funded national program, which operates on 15 college campuses, recruits — practically rescues — foster care kids when they are high school freshmen. It teaches them life skills, and renews their dreams of going to college.

“They’re like family to me,” Penafort said. “They’ve made a big impact on my life.”

“We are providing them with a positive adult role model that is going to be with them for four years,” said  Karina Garcia, the director of the First Star program at UCLA. “Consistency is the key word.”

Penafort’s 23-year-old mentor, Isael Andrade, is a former foster child who went to seven different middle schools. Once a month, for four years, they have met in person. But they are constantly talking, and making sure Penafort stays on track.

“I see him as a brother,” Penafort said, saying Andrade has taught her how to stand up for herself.

Penafort is now applying to college. Her first choice is UCLA.

“Whatever she does, I’m going to be proud of her,” Andrade said.

Mark Strassmann has been a CBS News correspondent since January 2001 and is based in the Atlanta bureau.

Denial of responsibility! Pedfire is an automatic aggregator of the all world’s media. In each content, the hyperlink to the primary source is specified. All trademarks belong to their rightful owners, all materials to their authors. If you are the owner of the content and do not want us to publish your materials, please contact us by email – [email protected]. The content will be deleted within 24 hours.
CaliforniaLos AngelesUCLA
0
Share

Everything to Know About the Awards Show

Stellantis COO Says The Merger Is Working For All Its Brands

SRK reacts to video of kid saying she didn’t like…

Harry Styles Wins Album of the Year at 2023 Grammys – The…

The Bachelor Spoilers: Who Are Zach Shallcross’ Final Four,…