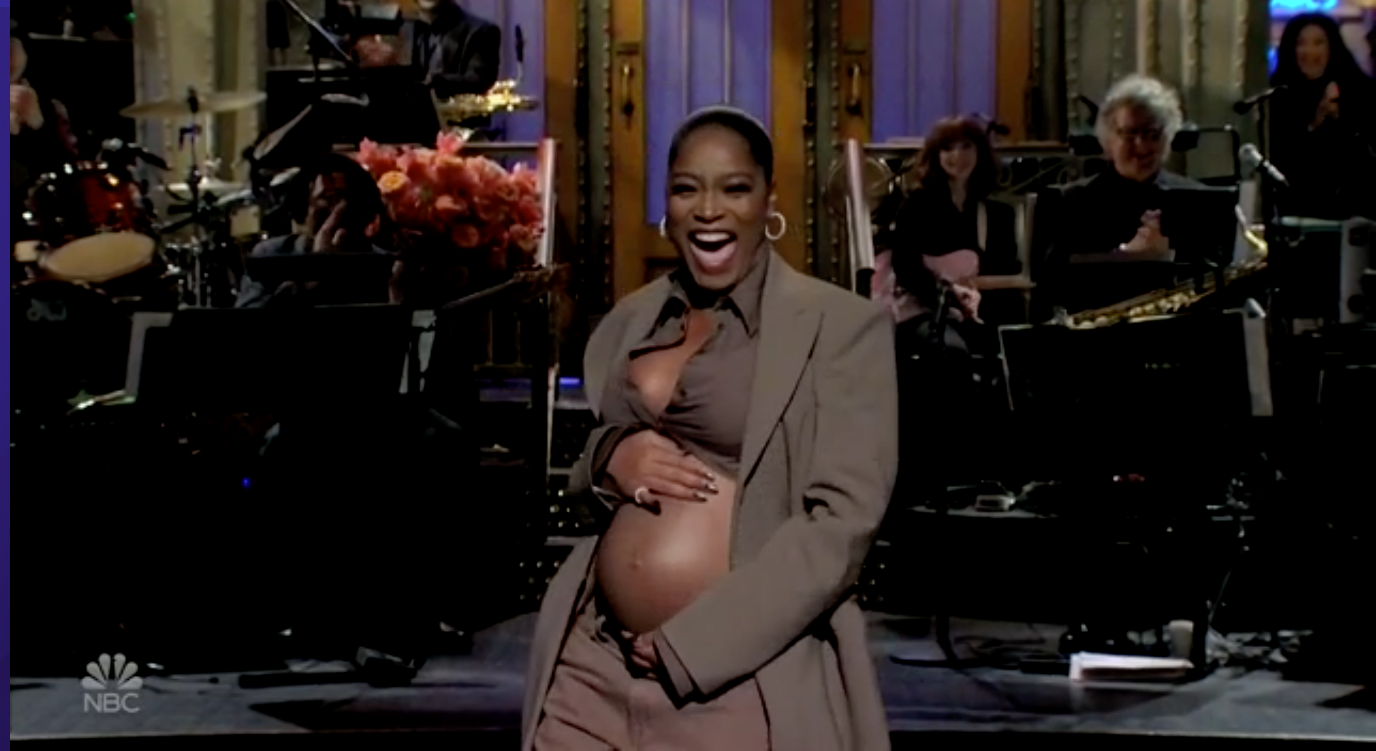 “That’s one of those things you just learn to do in this business,” said the co-star of Jordan Peele’s ‘Nope.’

SNL guest host Keke Palmer opened her monologue on a jubilant — if not exaggerated — note.

“This has been an awesome year for me,” began the co-star of Jordan Peele’s Nope, noting that performance. “And I was nominated for an Academy Award!”

“That part’s not true,” she admitted right after. “But it’s not lying if I’m manifesting! That’s one of those things you just learn to do in this business. Manifest, honey.”

Palmer, who was rumored to be pregnant, confirmed the chatter by gleefully unbuttoning her brown blazer and showing off her bare stomach.

“I gotta say, though, it’s bad when people on the internet spread rumors about you, but it’s even worse when they’re correct,” she joked.

“I was trying so hard to keep it on the down low because I got a lot of stuff going on,” she continued. “People kept coming up to me [saying] congratulations. I’m like, ‘Sh, can y’all stop? I got a liquor sponsorship on the line. Once the check clears, then we can get to the damn baby shower.’”

Later in the show, Palmer appeared in a sketch where an ultrasound showed twins, played by Bowen Yang and Sarah Sherman, smoking cigarettes and jumping rope, among other things.

EXCLUSIVE: Alaya F has one advice for girls who want to date her Freddy co-star Kartik Aaryan : Bollywood News

Pirates 6 Will Be an Ensemble, Margot Robbie Spinoff Not Dead