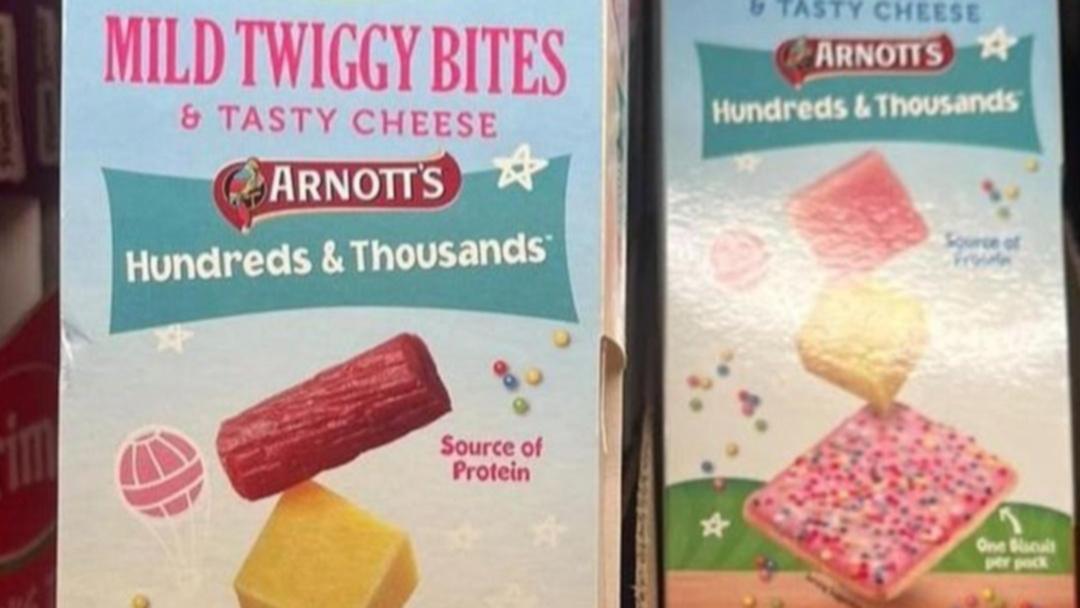 A strange new snack has popped up on shelves in Coles supermarkets drawing a mixed response online.

The brand Primo is a staple in many Australian pantries and fridges with Twiggy Sticks and cold meats like Ham and Salami a feature in lunch boxes.

On Sunday night, a Coles shopper took to social media to share the brand’s latest venture when he saw it in the shop for the first time.

Mild Twiggy Bites and Tasty Cheese usually come with savoury crackers but the limited edition version of the snack replaces the cracker with another iconic Aussie snack – the Arnott’s Hundreds and Thousands biscuit.

“@AlboMP r u aware this is going on under your watch,” the Twitter user wrote.

The snack comes in two flavour variations with an option to replace the Twiggy Bites with Ham Bites.

Mixed reviews filtered through in the replies section with some outraged by the cross over collaboration.

“I’m not a royalist but even I’m glad the Queen didn’t live to see this,” another Twitter user wrote.

Sweet baby cheeses! This is a national emergency, a third said.

“This is triggering,” another said.

One commenter came to the snacks’ defence saying its basically a three-course meal.

“The only crime here is that you only get one biscuit,” said another.

“We need a royal commission into this ASAP,” wrote a third.

The snack packs are up for sale for $4 each.

The Peloton Rower Is Officially Available For Preorder