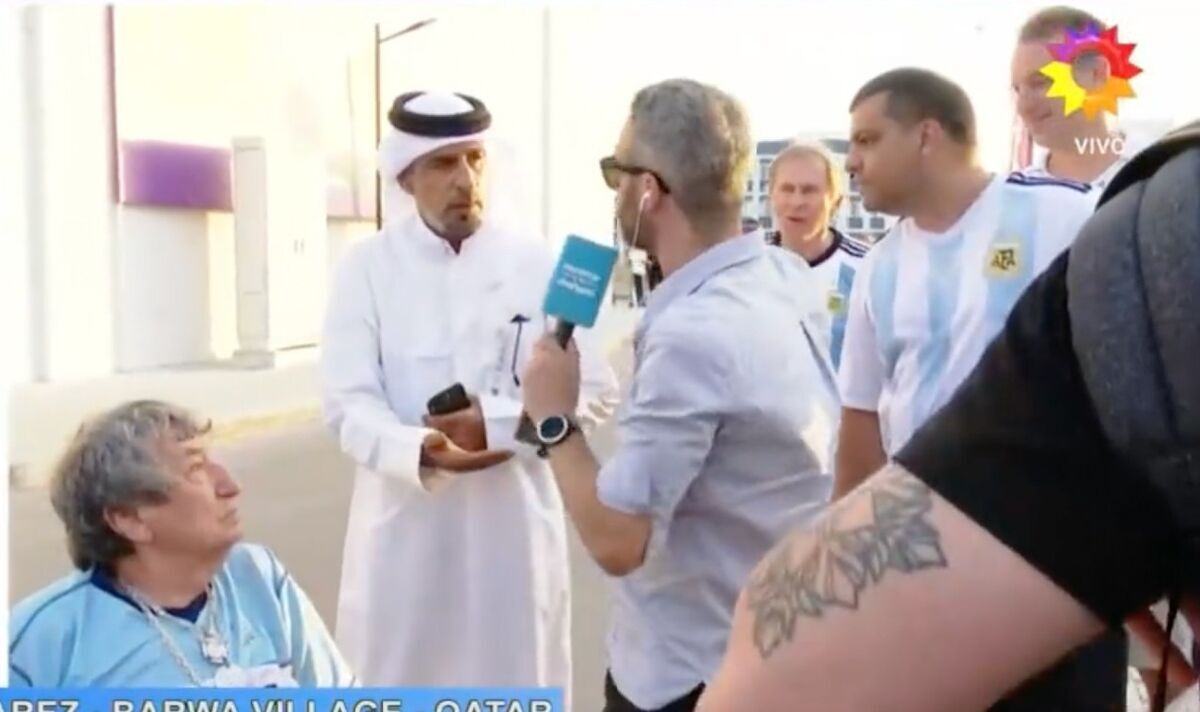 A heavy-handed Qatari official took it upon himself to break up a live TV interview with a disabled fan in the latest unsavoury moment at this year’s World Cup. Security personnel in the country have been known to hassle reporters over the course of the tournament so far, with a live Danish broadcast having been interrupted last week by officials threatening to break their filming equipment.

Argentine journalist Joaquin Alvarez was the latest reporter to fall foul of Qatari officials on Thursday while interviewing a fan in a wheelchair on live TV. He was confronted by a tall man with an official pass hanging from his Arabic robes during the broadcast, with a number of additional security guards in tow.

The incident took place during a live report for the popular Argentine show Nosotros a la Manana, which is hosted by Alvarez on the El Trece channel. A video shared on Twitter shows Alvarez joking with Argentina fans in the Barwa Village area of Doha about their favourite TV programmes before he is interrupted by the man.

During the interruption, colleagues from back in the studio were heard saying: “This is what the Qatar government is like.” Alvarez was quickly forced to stop filming before resuming later on while in the back of a vehicle to explain that he was made to leave the area in which he was working.

“I was frightened and thought they were going to take me prisoner,” said Alvarez. “The person who stopped the filming got out of a van and told us in a very rude way we couldn’t film any more because we were in a private place.

“I told him we were showing something nice but they told us we had to go and there was a moment when they even wanted to take our equipment off us.”

Nicolas Magiali, who is hosting the programme from the studio while Alvarez covers the World Cup from Qatar, responded by saying: “This is an example of severe censorship and we have to say so. They covered up the camera, didn’t let us film, ordered you away in a rude fashion and on top of that the person doing the talking didn’t identify himself.”

Alvarez, meanwhile, took to social media to thank well-wishers for showing their support in the aftermath of the incident, saying: “We had a bad experience and what happened was totally unfair because we had all our permits and everything in order.

“It’s in the past now, another anecdote. The most important thing for me is that Argentina is playing again on Saturday.”

BBC Radio to celebrate life of Bernard Cribbins over…